One of the best compliments received…

There have been a few pivotal points in my life that changed it completely from a path that was originally planned. Life does not offer an opportunity to run control experiments – so it is very difficult to make any comparisons or run “What if” scenarios. But all in all, the journey through those sudden changes have been remarkably memorable for me.

“You delivered one of the biggest changes for me that for ever defined my future – career wise as well as personal success wise”, I told Dr. D.K.Pal as my brother and I settled down with him and Mrs. Pal at his residence in Kolkata. After numerous attempts in the past, I was able to finally pin him down in Kolkata.

“How is that?”, he asked.
“Do you remember how I landed up in Narendrapur?”
“I thought you did very well in the entrance exam. In fact, Satyada told me about your performance much later. That is how you got into Narendrapur.”
“Well, that is the ending. The beginning was very different. And that is where you come in.”, I replied.
“How so?”, he asked curiously.

Let me first give you a background here. Dr. Pal is my classmate Pratik Pal’s dad. Pratik and I went to elementary school and secondary school together. And then higher secondary too. Later in life, I worked with Pratik professionally (two different companies though). Presently, his career is in the stratosphere. He is too busy for me but I try to keep up with his family as well as his parents.

Those days when we were classmates, my go-to elders to get wisdom on studies and career were Dr. Pal and Mr. Dubey. I would not listen to my dad’s advise but I would any day weigh in their thoughts.

Having finished my tenth grade from Durgapur, the plan was to try and get into St. Xavier’s School, Kolkata. As luck would have it, my performance in tenth grade was enough to get thru to my and my dad’s coveted school without having to sit for an entrance exam. We were all set. At home everybody was excited that I will go to the school we had all been waiting for.

Enter Dr. D.K.Pal in the scene. He had gone to Narendrapur – which is a residential school – in fact a Ramakrishna Mission school – to pick up an admission test form for Pratik. I think he was in Kokata anyways and thought it would be great for Pratik to at least sit in a competitive test. For whatever reason – remember, everybody at home were thrilled that I was going to St. Xavier’s school – he picked up a form for me too.

And then delivered it to my home – in that green color Bajaj scooter he had. And strongly urged Pratik and me to at least get the experience of sitting in the test. Which, for reasons unknown, both of us did.

Here is the clincher – in spite (or perhaps because of) giving the test in a completely relaxed manner, I somehow managed to ace it. Soon enough, we got a personal letter from the aforementioned “Satyada” (who was the Vice Principal).

Around the same time, I got into some usual high school girl problems that we shall not delve into further here 🙂 But the sharp mind that I had, I quickly noticed that Narendrapur school session was going to start two weeks earlier than St. Xavier’s. My path to minimizing my misery at home (on that girl front) was to run as fast as I could to Narendrapur.

Without much ado, I announced to my dad and Dr. Pal that I am going to accept Narendrapur. Do not remember what my dad’s reaction was. But I was delighted to find out that Pratik was going to do the same. (I have asked him many times but he maintains he had no girl problems of his own, whatsoever 🙂 ). In fact, we remained room mates in the hostel (dorm) during our entire stay in the residential college.

“And, that, Pal-kaku, is how I landed up in Narendrapur. It all started with you picking up a form for me. And if you ask me or my parents, they will tell you that it was one of the best things that has ever happened to me”, I concluded.

That evening last week, we sat and talked about a lot of our days from the past. Much later in time – when Pratik and I went to different engineering schools, I was in Durgapur but Pratik was not. (our schools had different schedules). Dr. Pal had broken his leg. I used to be there at their home for endless hours – chatting him up or helping him with his physiotherapy or taking him to the doctor. We had some great bonding time. And I noted down a lot of life lessons from him.

We had barely gotten started when we realized that a couple of hours had quickly gone by. I had to take leave to make sure I could take the nephews out for their mandatory “chicken chowmein dinner with “jethu” (what they call me)”

As my brother and I were taking leave, I overheard Dr. Pal – who was talking to my brother then – make a comment that is destined to be etched in my mind for ever. He said “Rajib is like a second son to us”. 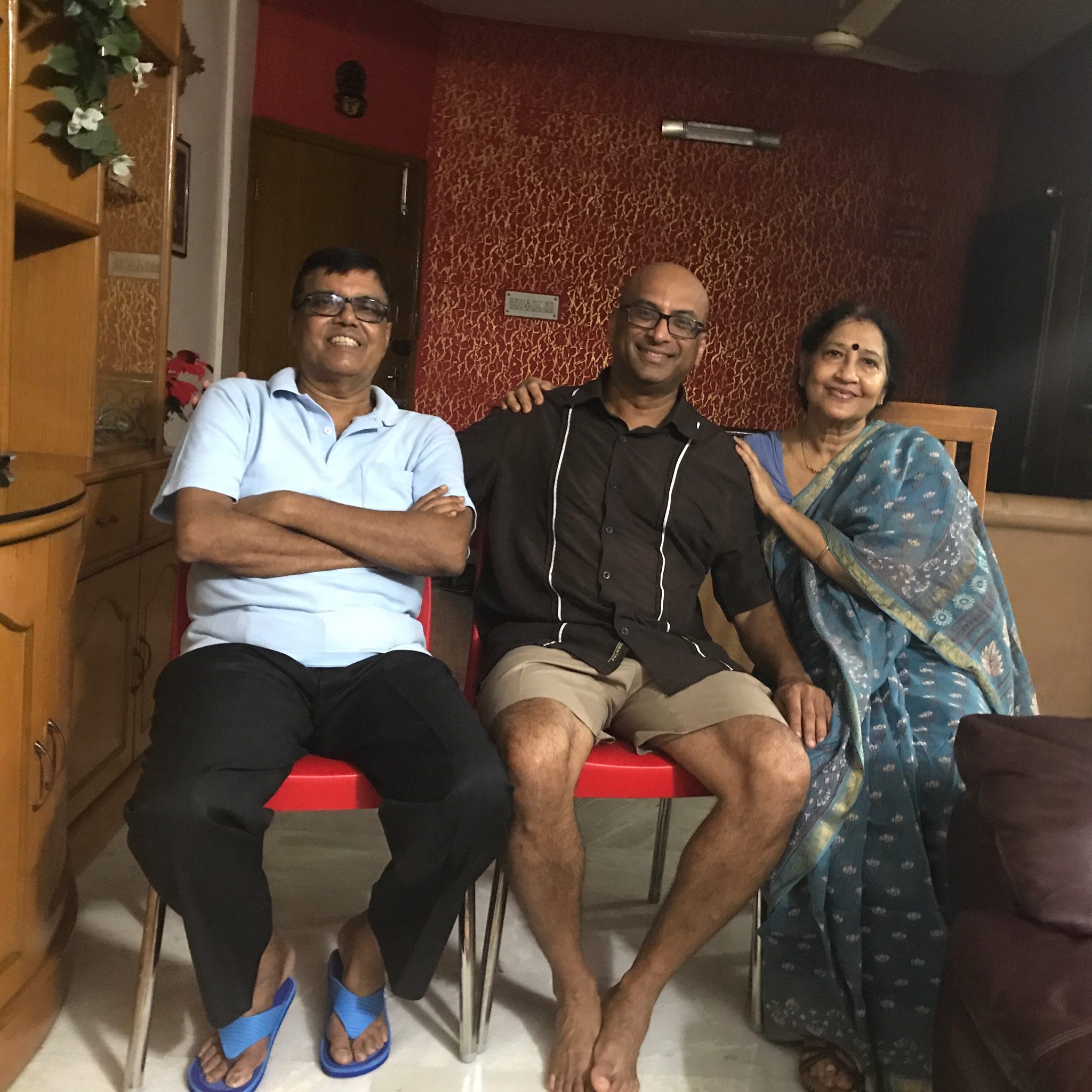