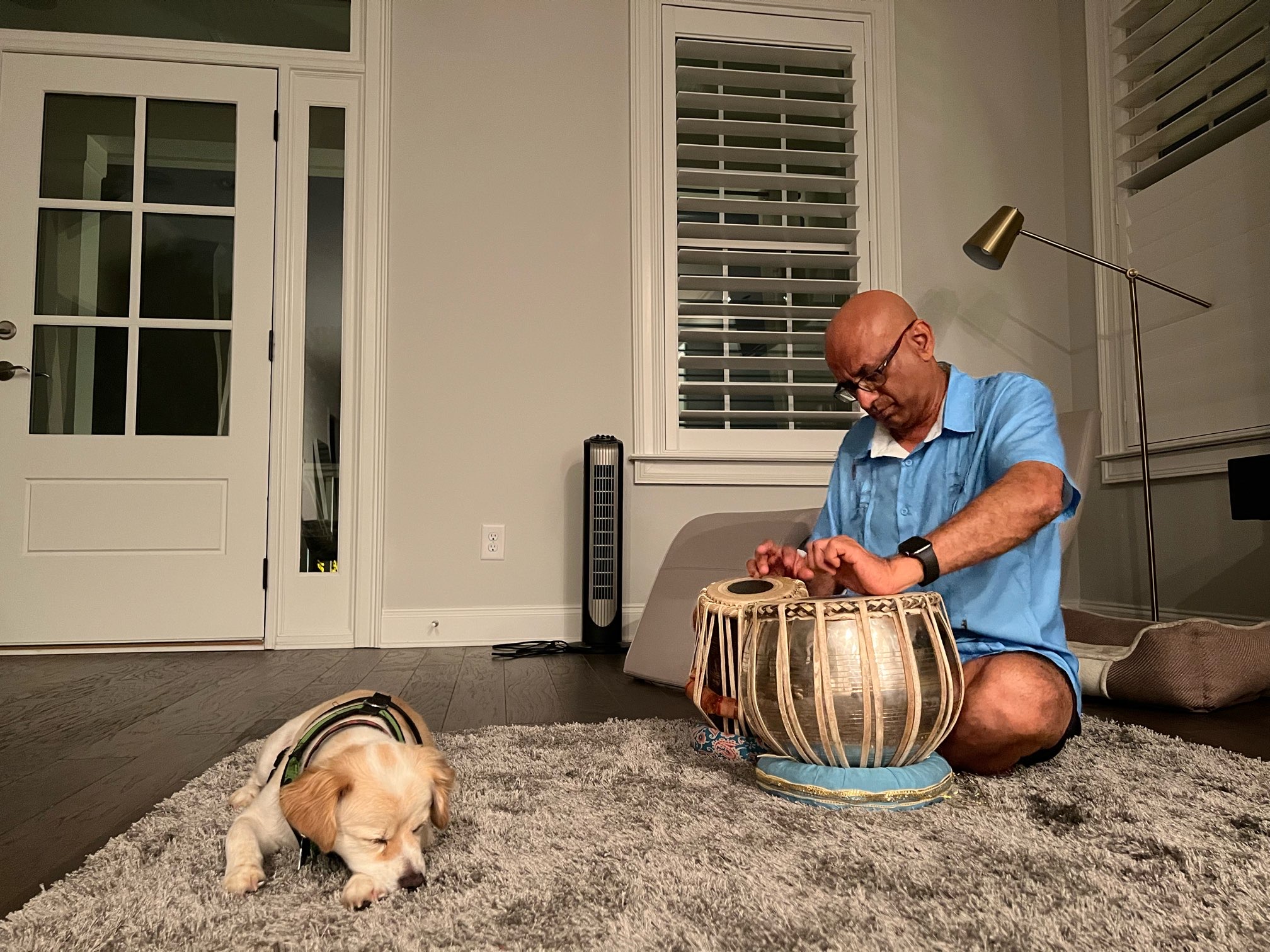 Brought out the vinyl record I had gotten earlier this year from Kolkata and cleaned it. Unfortunately, there are some spots still that messes up the first song. While the movie was released when I was one year old, I had not heard the songs till I went to college.

If you know this movie, what is you favorite song? 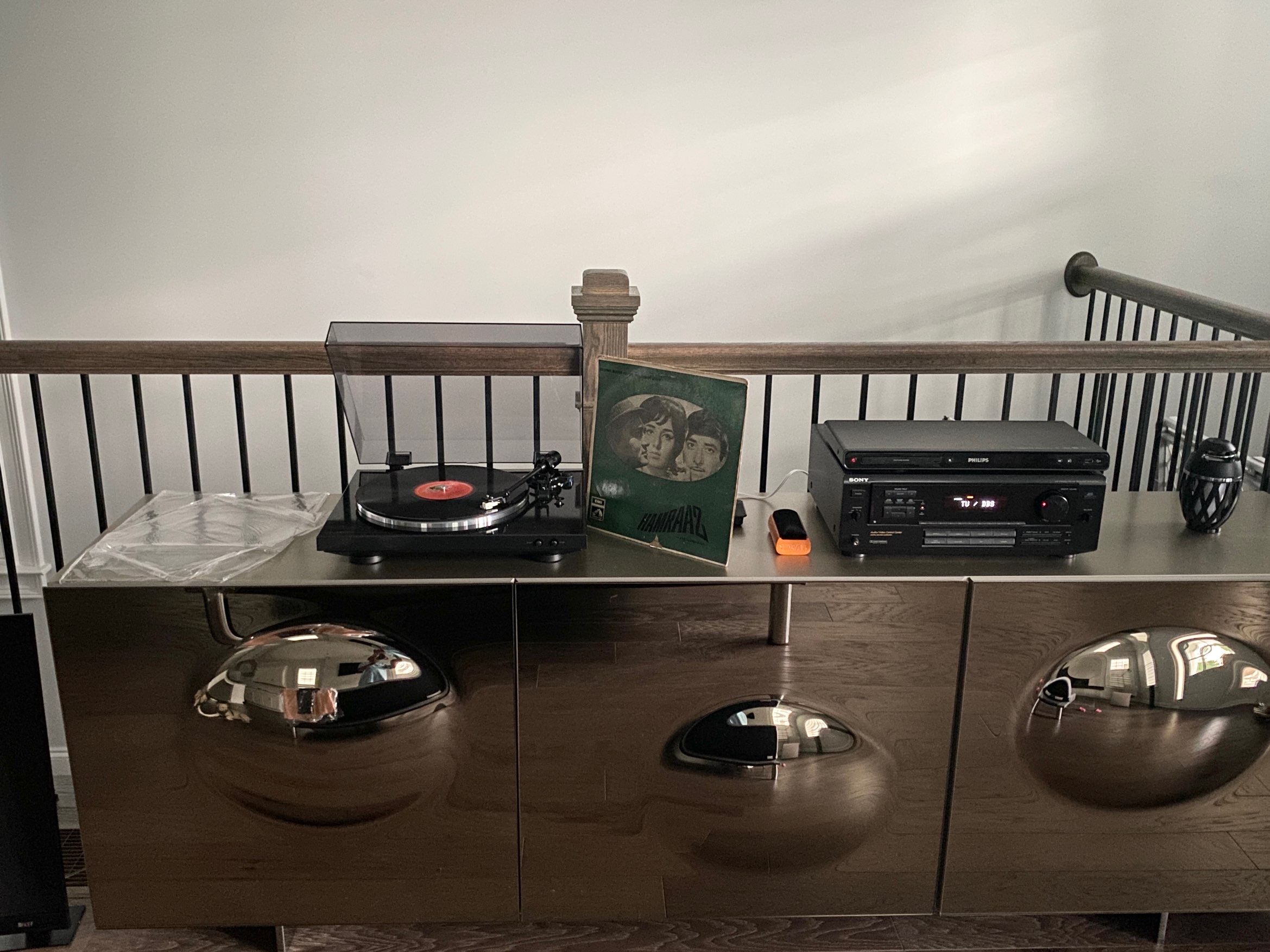 Catching up on one of the two unfinished books

What with all the moving, packing and unpacking, I am totally behind on two books I have been reading – on on Morality (in electronic form) and another on the breakup of Yugoslavia (in paper form).

Finally caught up on one of those today in our new abode. A little wary about how Jay Jay is eyeing my hard earned drink this evening 🙂 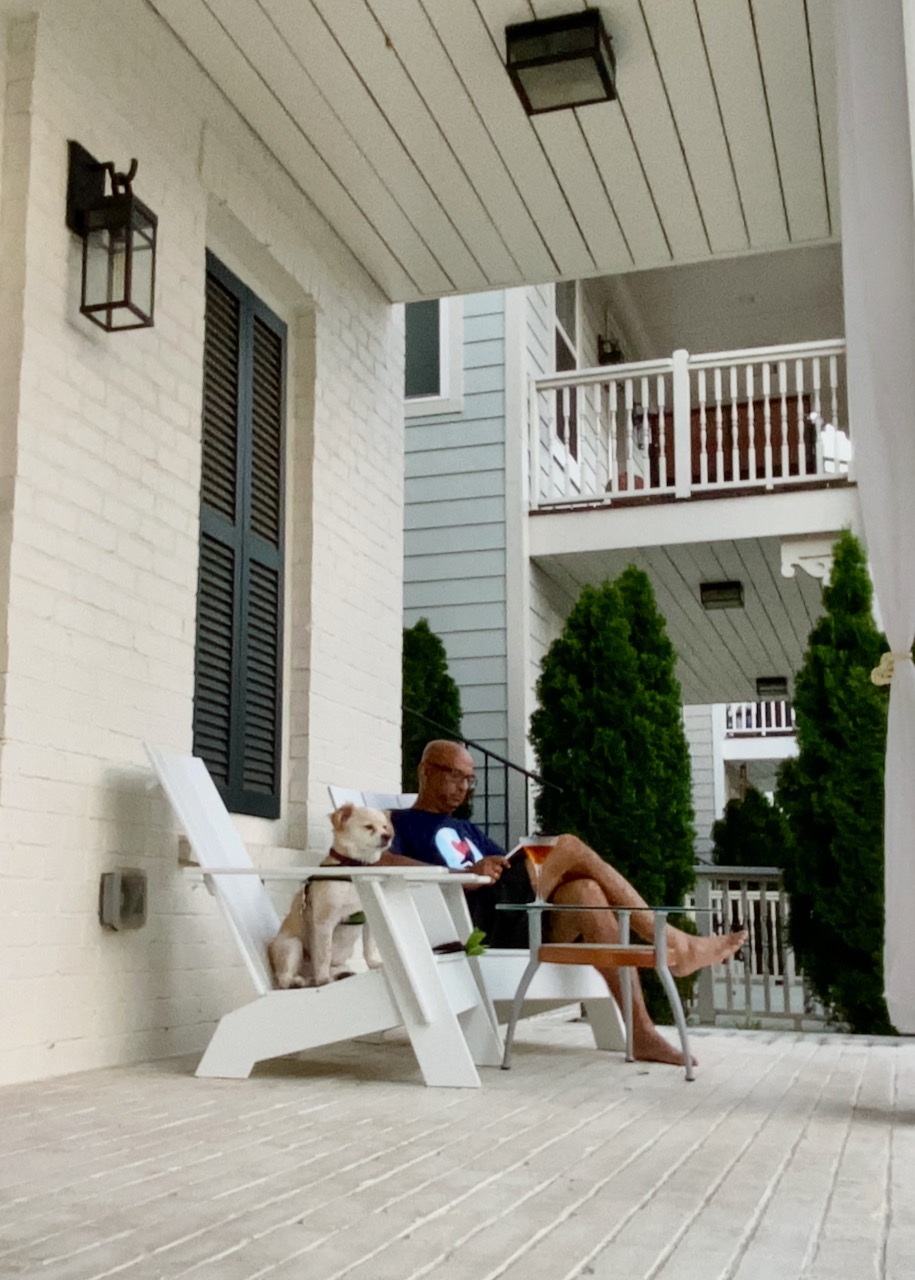 There is something about rains that I absolutely love

Do not mind getting drenched – especially while running. Or enjoying a glass of wine just watching the rain and hearing the water drops splash. (This was while sitting by myself outside Abbots Bar and Grill) 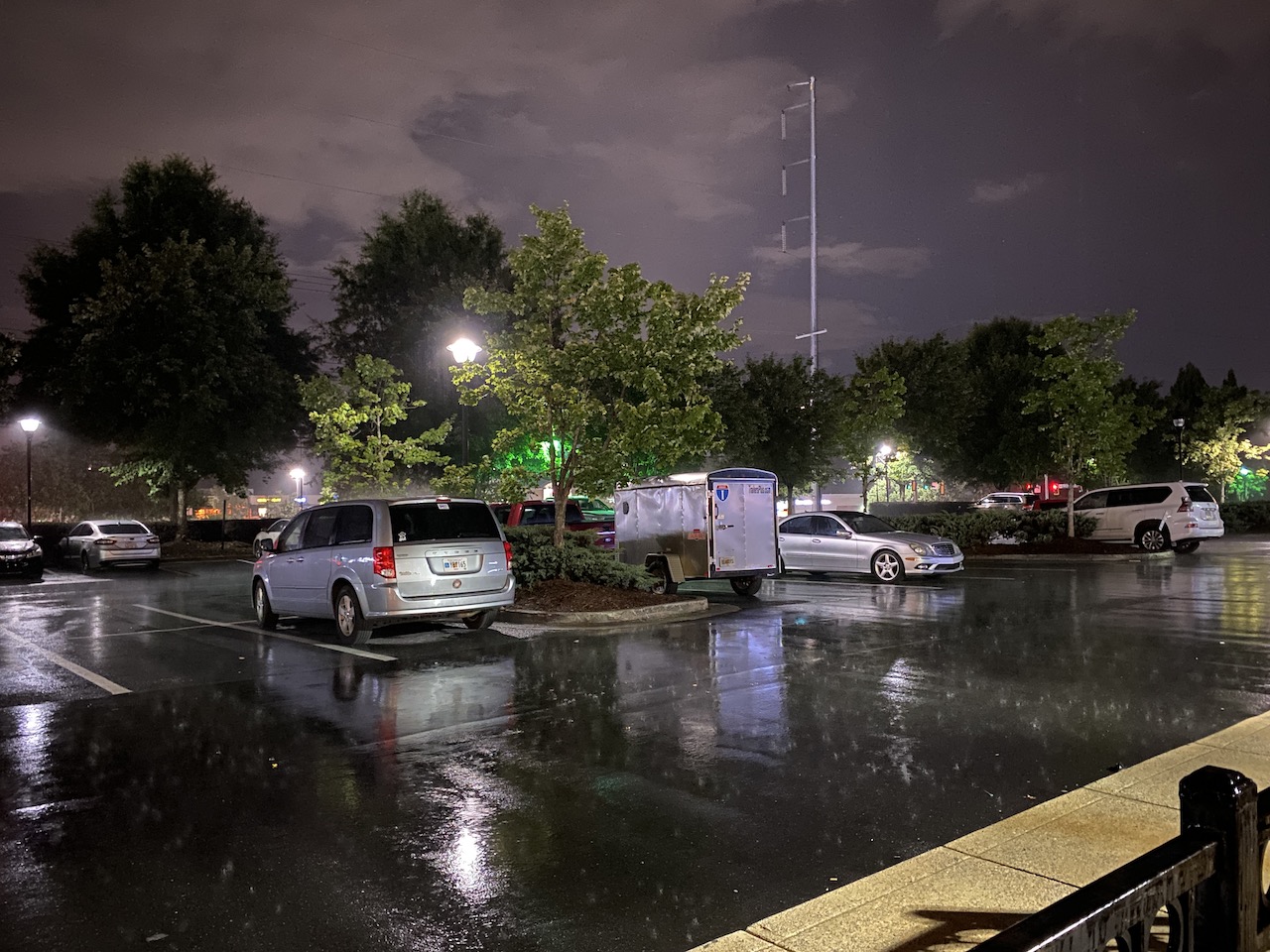 Currently reading a book on Morality (where does morality come from? why are we so bitterly divided in religion or politics?) The following quote from the eighteenth century Chinese philosopher Sen-t’san hit a chord with me…

“The Perfect Way is only difficult
for those who pick and choose;

Do not like, do not dislike;
all will then be clear.

Make a hairbreadth difference,
and Heaven and Earth are set apart;

If you want the truth to stand clear before you,
never be for or against.

The struggle between “for” and “against”
is the mind’s worst disease.”

As we get ready to move houses, one of the obvious conclusions that we have come to – like anybody else who moves houses every decade or so – is that, we have accumulated too much stuff thru the years. They occupy space, never are used and meaninglessly take up space and time. (Some of the boxes that were moved from Dallas to Atlanta in 2007, we realize regreattably, are still unopened).

Here is another observation on those lines… pictures and videos!! If you are like me, you probably take a lot of pictures and videos (this wonderful thing called smartphone has made it so easy that we take multiple shots of essentially the same scene – just in case something is amiss). Some of you are probably as fastidious as me and transfer them to a main computer and then keep one to three backups. And some of you may not be as diligent. You just buy a new phone with much more space!!!

You know you will never forgive yourself for losing any picture of the kids growing up and all that.

Here is the uncanny question I have for myself these days. Let me ask you… How often do you actually go back and see those pictures that you had taken so that you can enjoy them in the future? Sure, once in a while, that database comes of use (you know, like settling a debate with the spouse on which hotel you stayed in when your family visited a city and all that). But really, how many photos have you gone back, watched and enjoyed – let’s say three months after it was taken?

How about videos? For me, that is even worse!!!

So, just like all those stuff we bought and stored that are of no use to us… are we also creating digital junk for ourselves? I know storing does not take much time or money. But backing up them does. And we perhaps lose the magic of the moment when it happens… because we were too busy trying to save it digitally for the future.

What do you think?

One more step completed for the music set up

The furniture is here and so is my chair to sit in the corner and listen to music. I need to get rid of the white Bose speakers and get something in black that blends with the rest of the room. 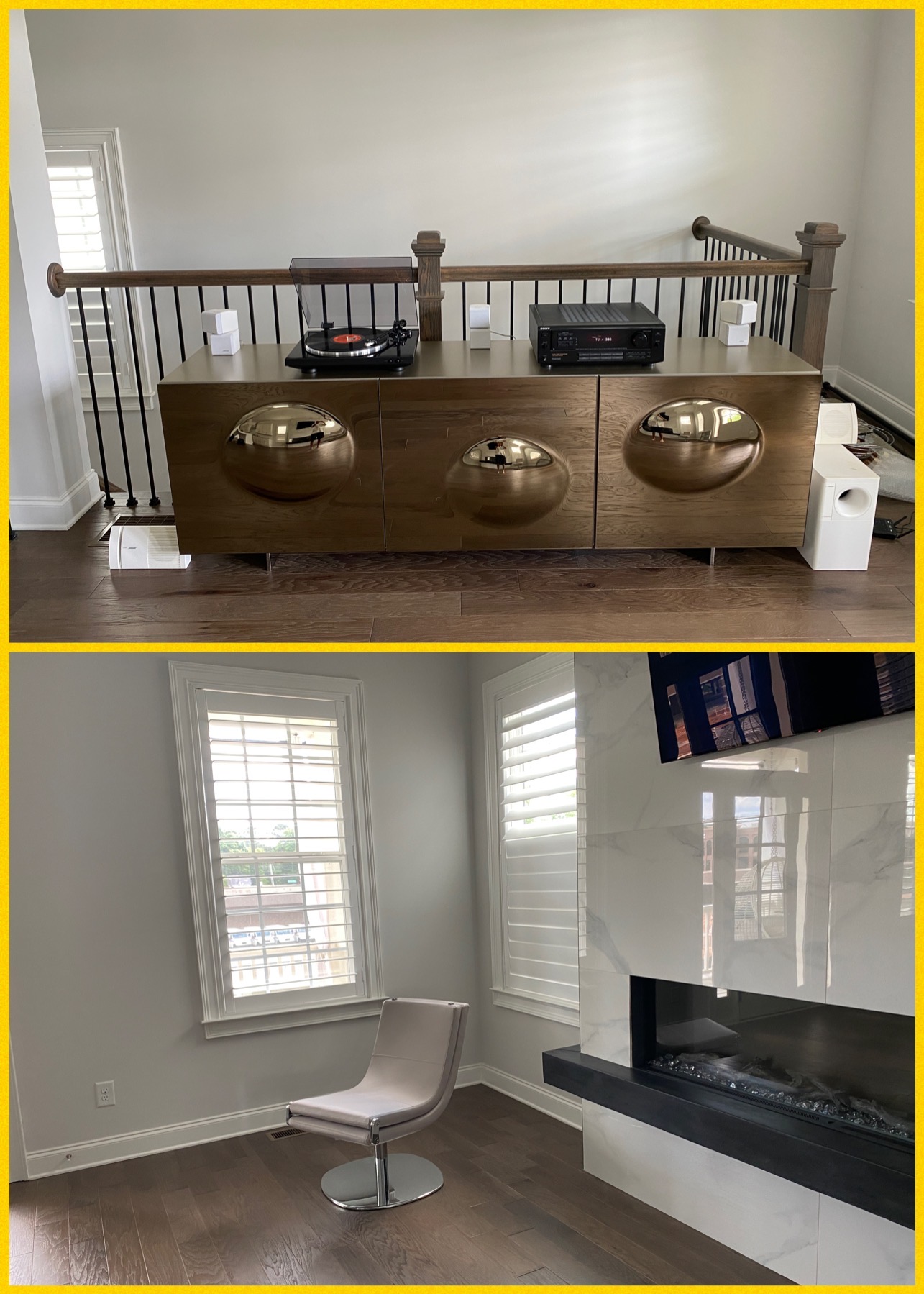 The old meets the new… 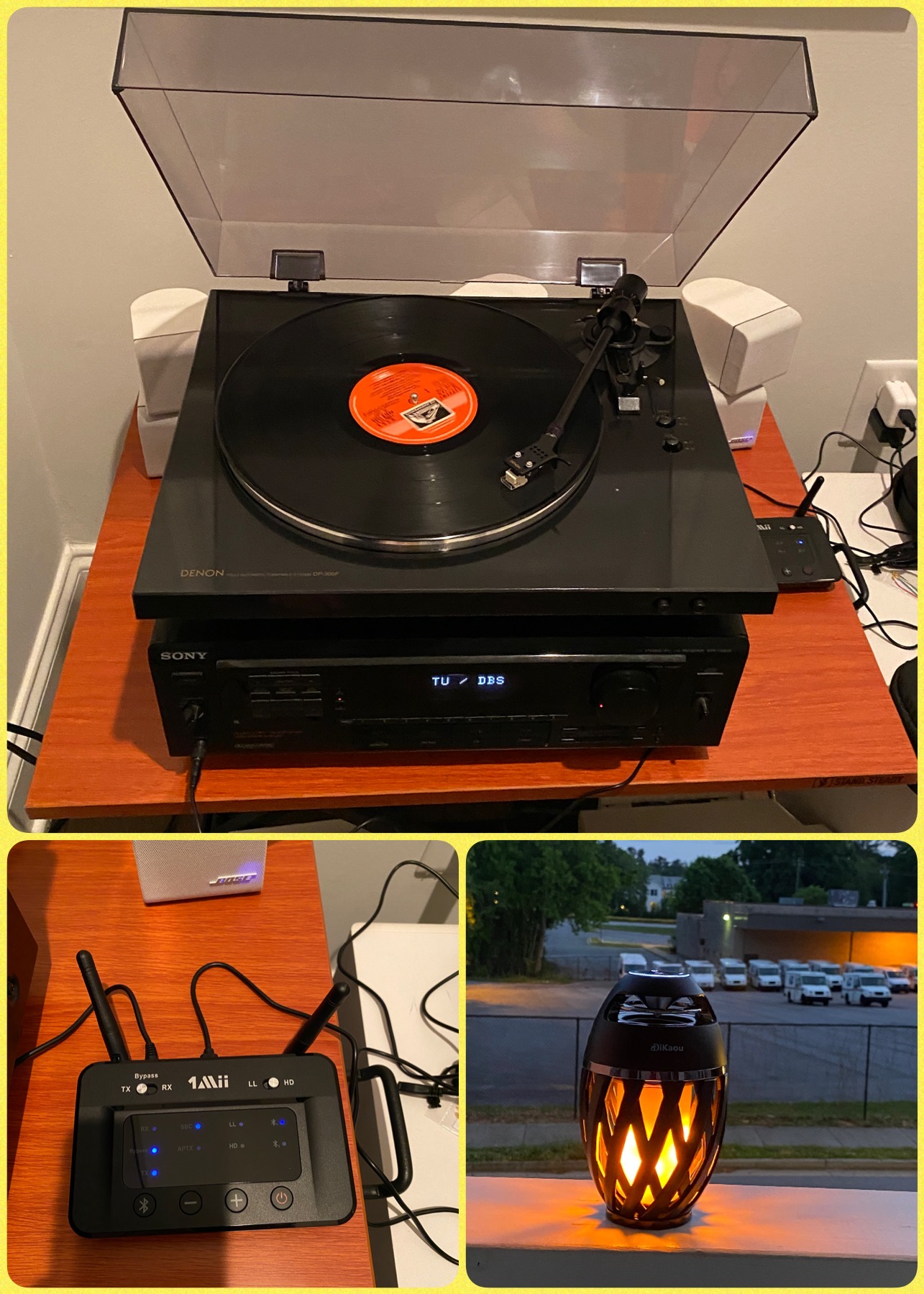 This one is from 1982. The most famous number was “Main Hoon Prem Rogi” For the first time, I had heard the voice of Suresh Wadkar. Turns out this was his major breakthru in Bollywood world! 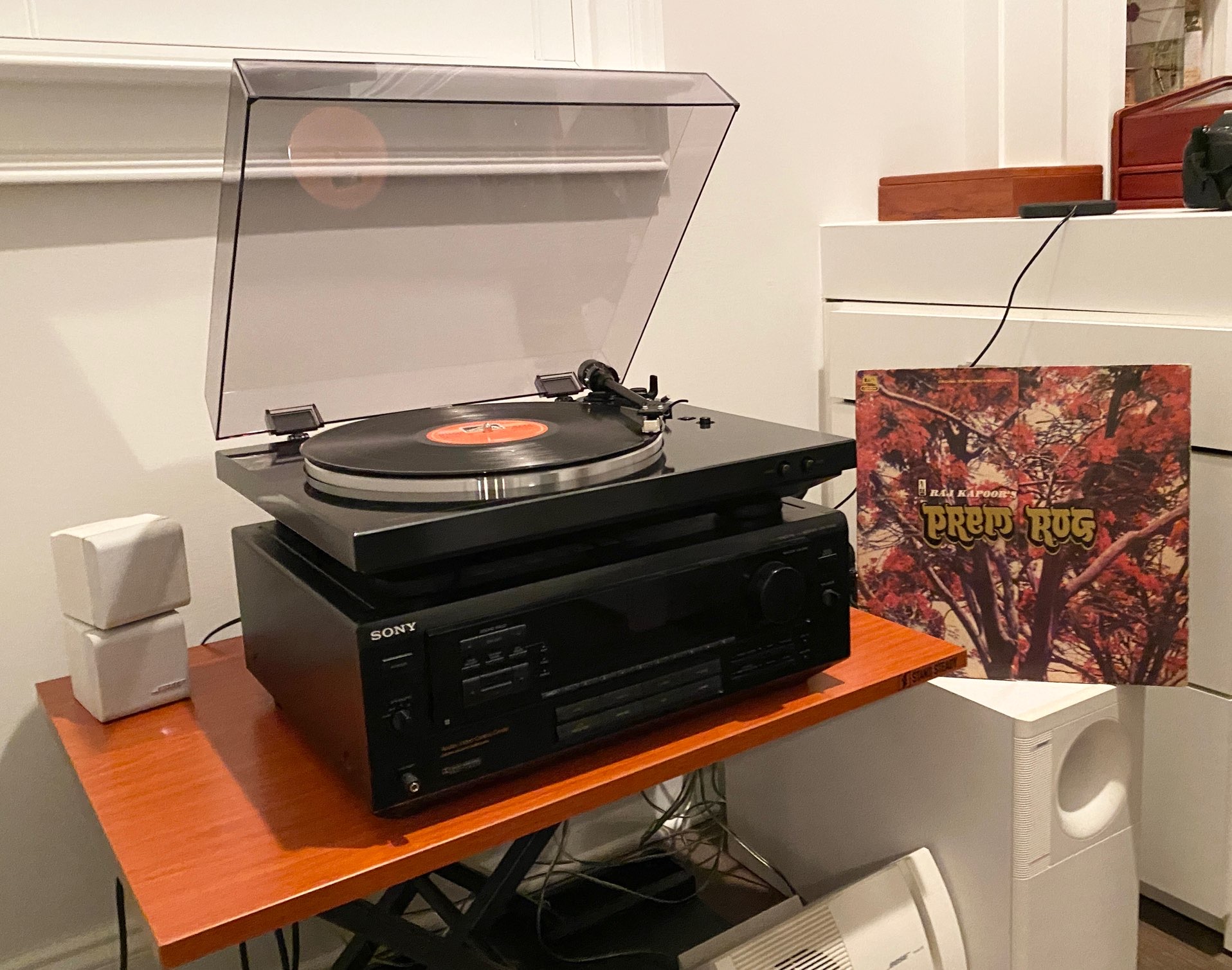 First time I listened to the cassette of Betaab – right after finishing my tenth grade exams, I remember being struck by the pronounced sound effects of thunder in this song. Not one to watch movies much, I did not have the visual backdrop. That did not quite matter much, since I loved the tune of this song. And every other song of this movie. No wonder it became the biggest hit of that year.

Folks who grew up at that time listening to the songs of Betaab, did you have a favorite song? The others were “Jab Hum Jawan Honge”, “Teri Tasveer Mil Gayee”, “Tumne Dee Awaaz”, and “Apne Dil Se Badi Dushmani Ki”.

Got this vinyl from Kolkata when I was in India in March. 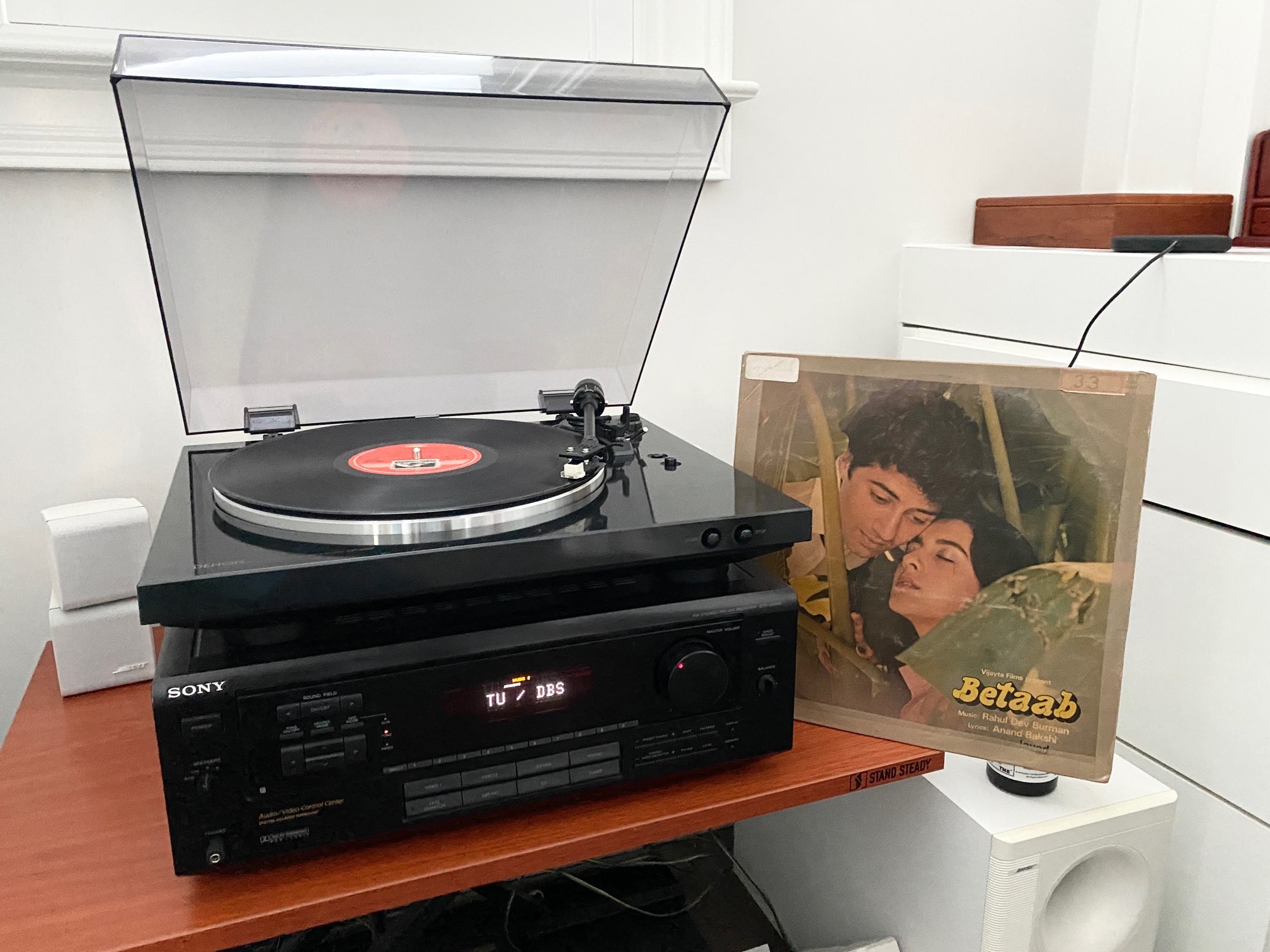