Guy with a real funny board!!

This is on Broadway. Broadway, Nashville that is.

Got a chuckle reading his board. Went ahead and chatted with him for a few minutes. Will – that be his name – is from Nashville and has lived here all his life. He claimed the message was his original idea. 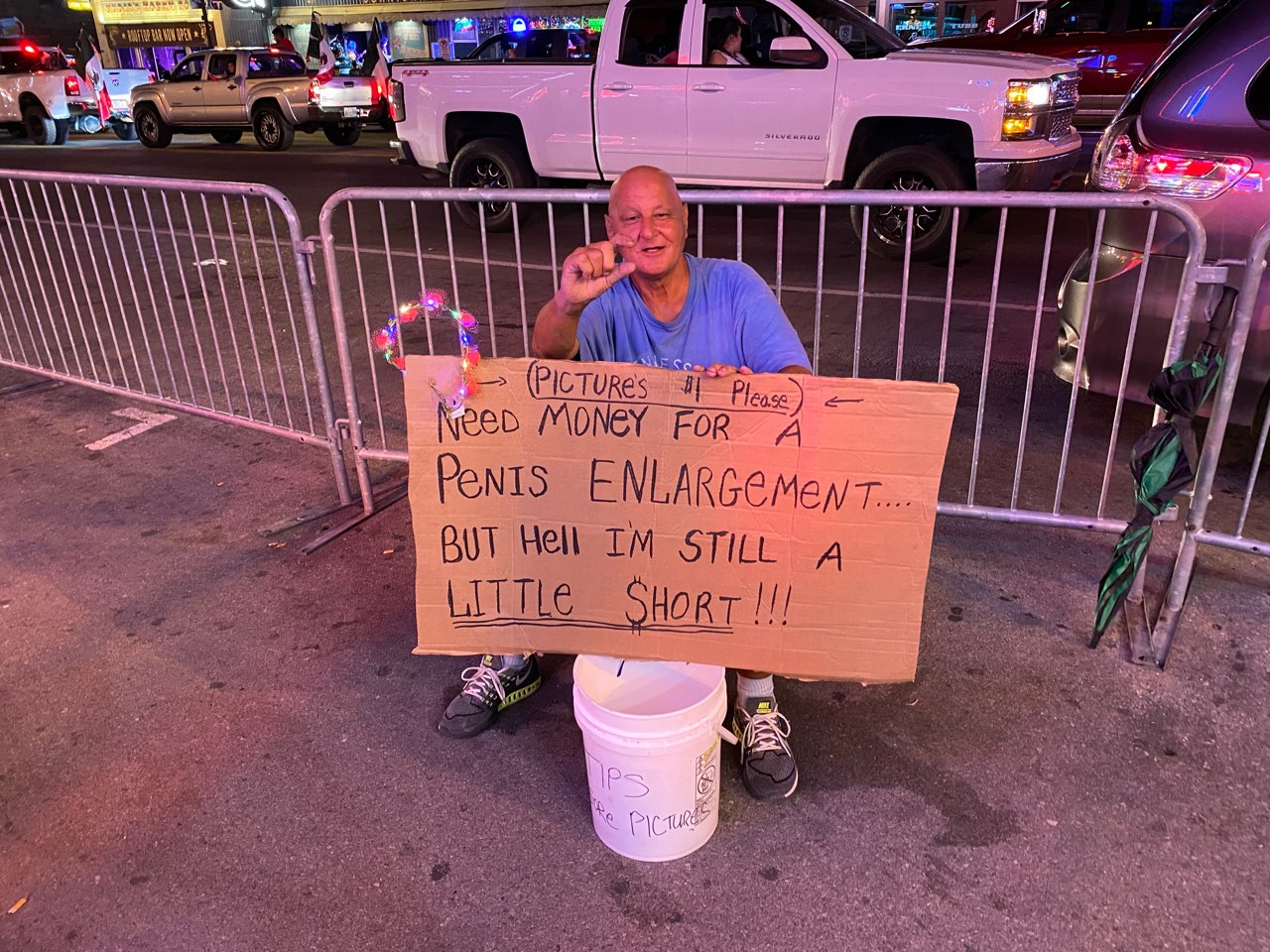 For all you Old Fashioned lovers…

maybe I should have written it as all you lovers of the cocktail named Old Fashioned…. 🙂

If are ever in downtown San Fran, do go to the bar inside The Clancy Autograph collection hotel and ask for Fortunato. And then ask him to make you his signature Old Fashioned.

His variations include using maple syrup instead of simple syrup and orange bitters instead of usual bitters. Finally, he smokes it by burning hickory chips. 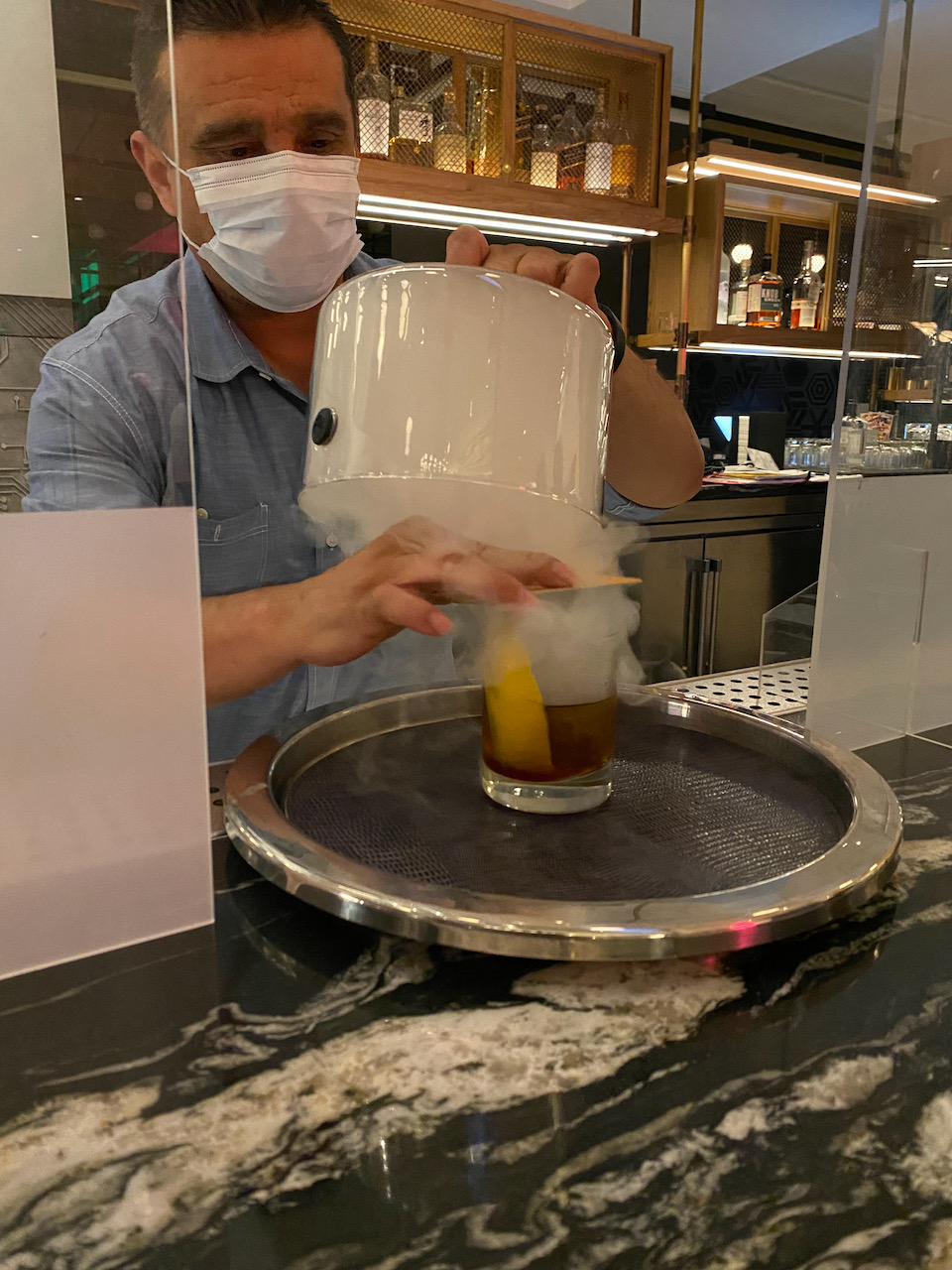 Category: Cocktails, Travelogs | 1 Comment on For all you Old Fashioned lovers… 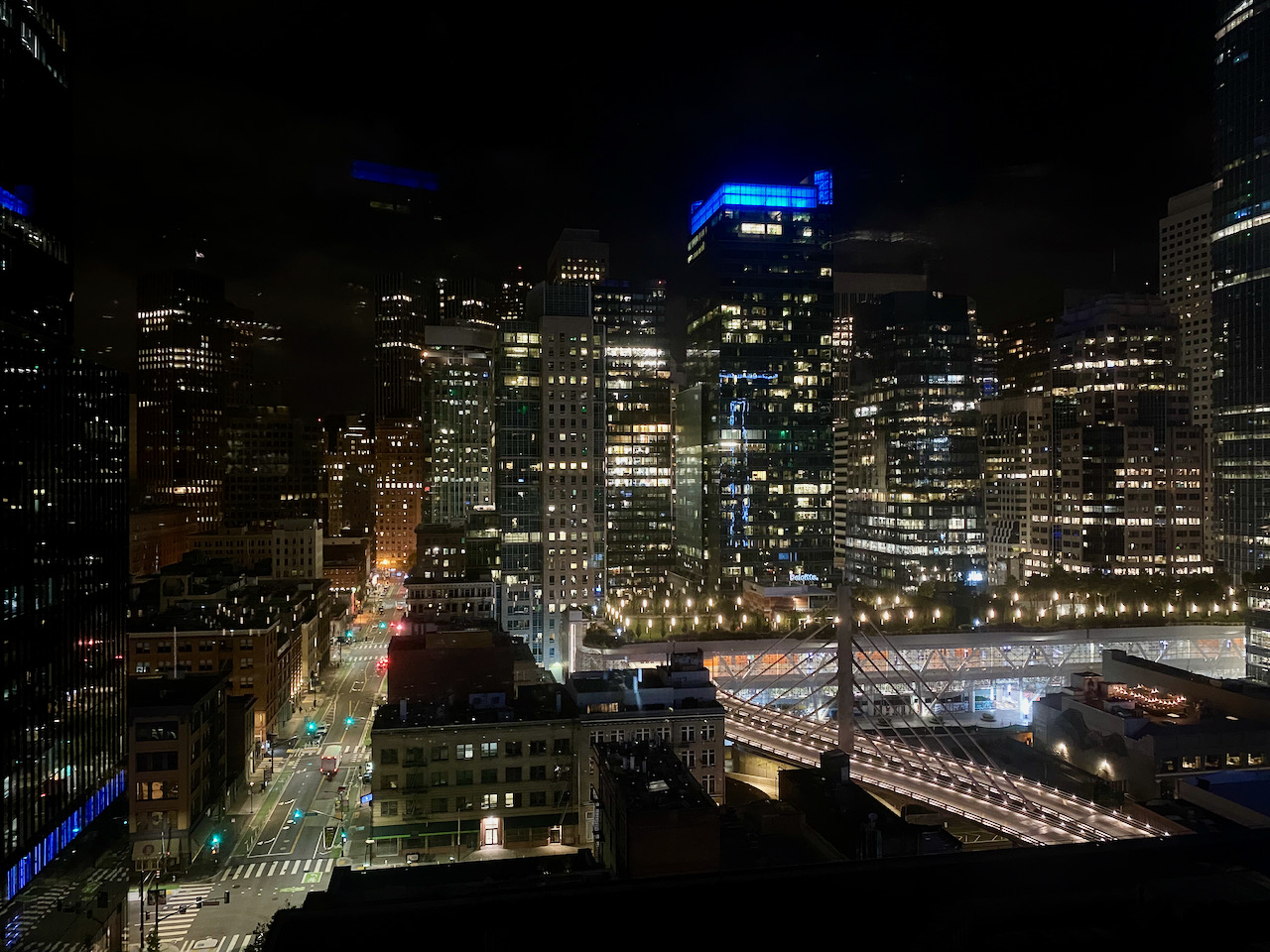 Do you know what these are? Fifteen minutes before landing in San Francisco (coming from the east), there were vast stretches of colored something below us. You can see the clean delineation between the red patch and the white patch. I could not even figure out whether they were liquid bodies or solid. 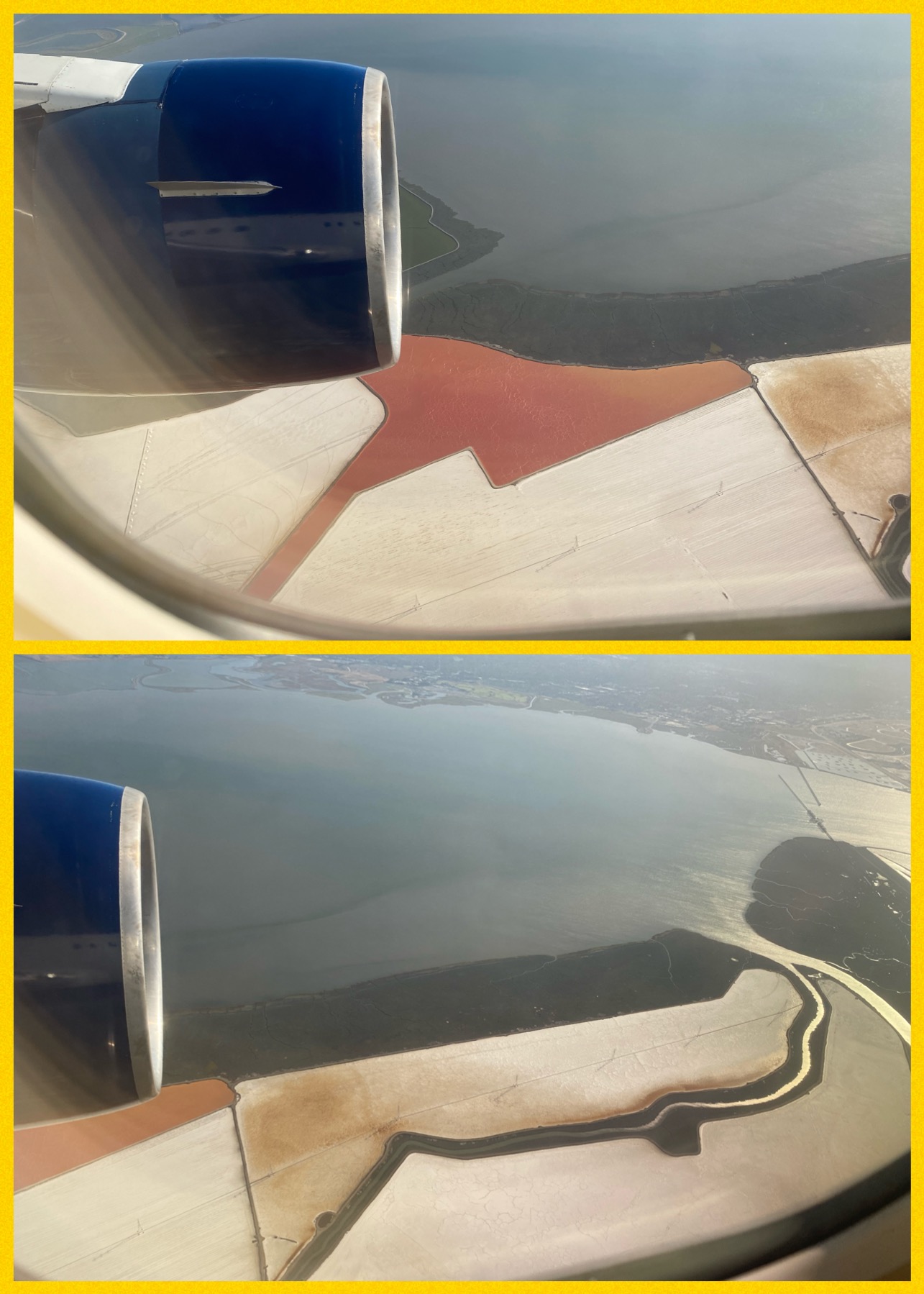 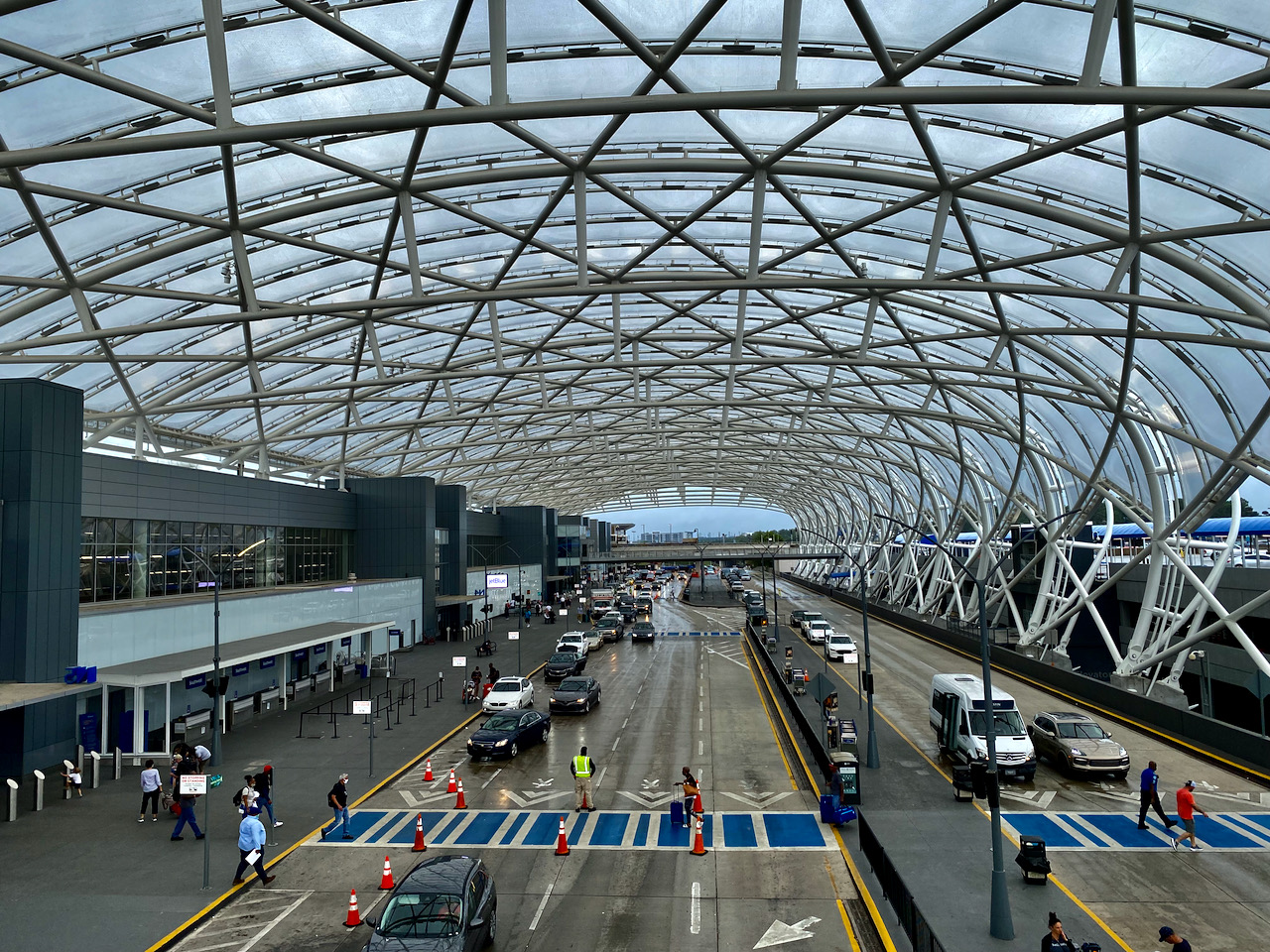 Pythagoras is NOT going to be happy!! 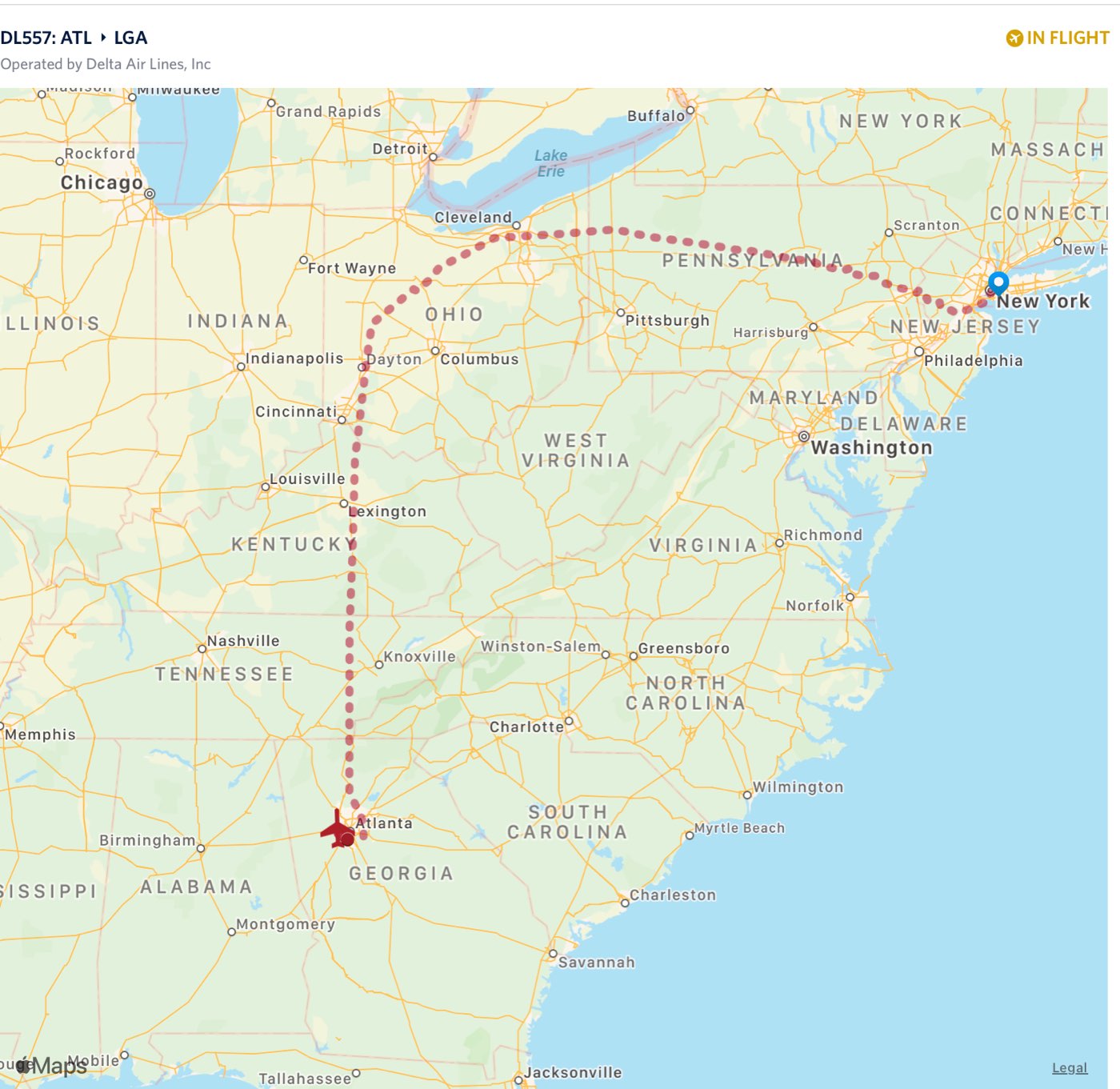 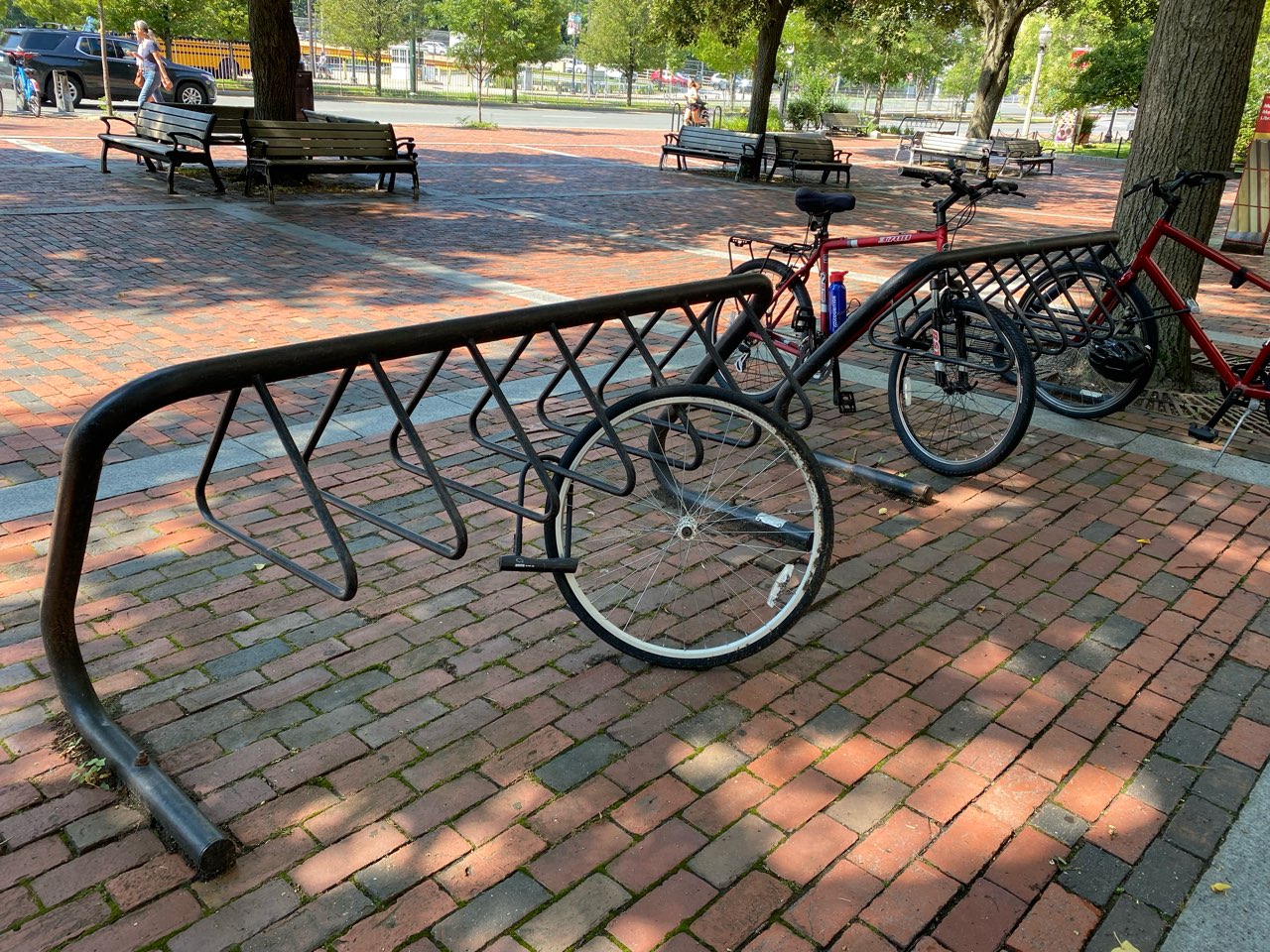 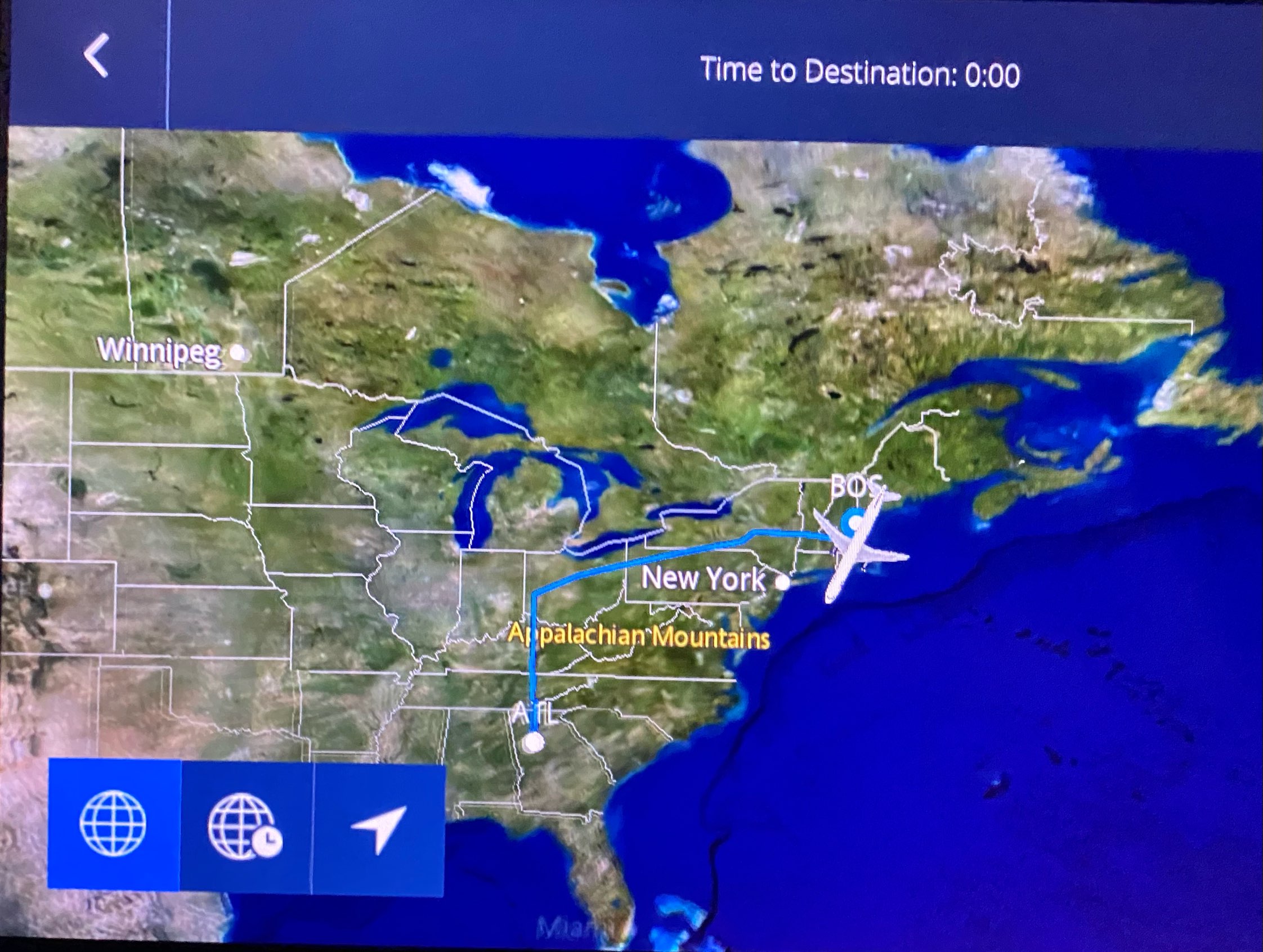 The dog was having the time of his life

Saw this in Chicago while driving to the airport. The dog had his chin casually resting on the side mirror and was taking it all in!! 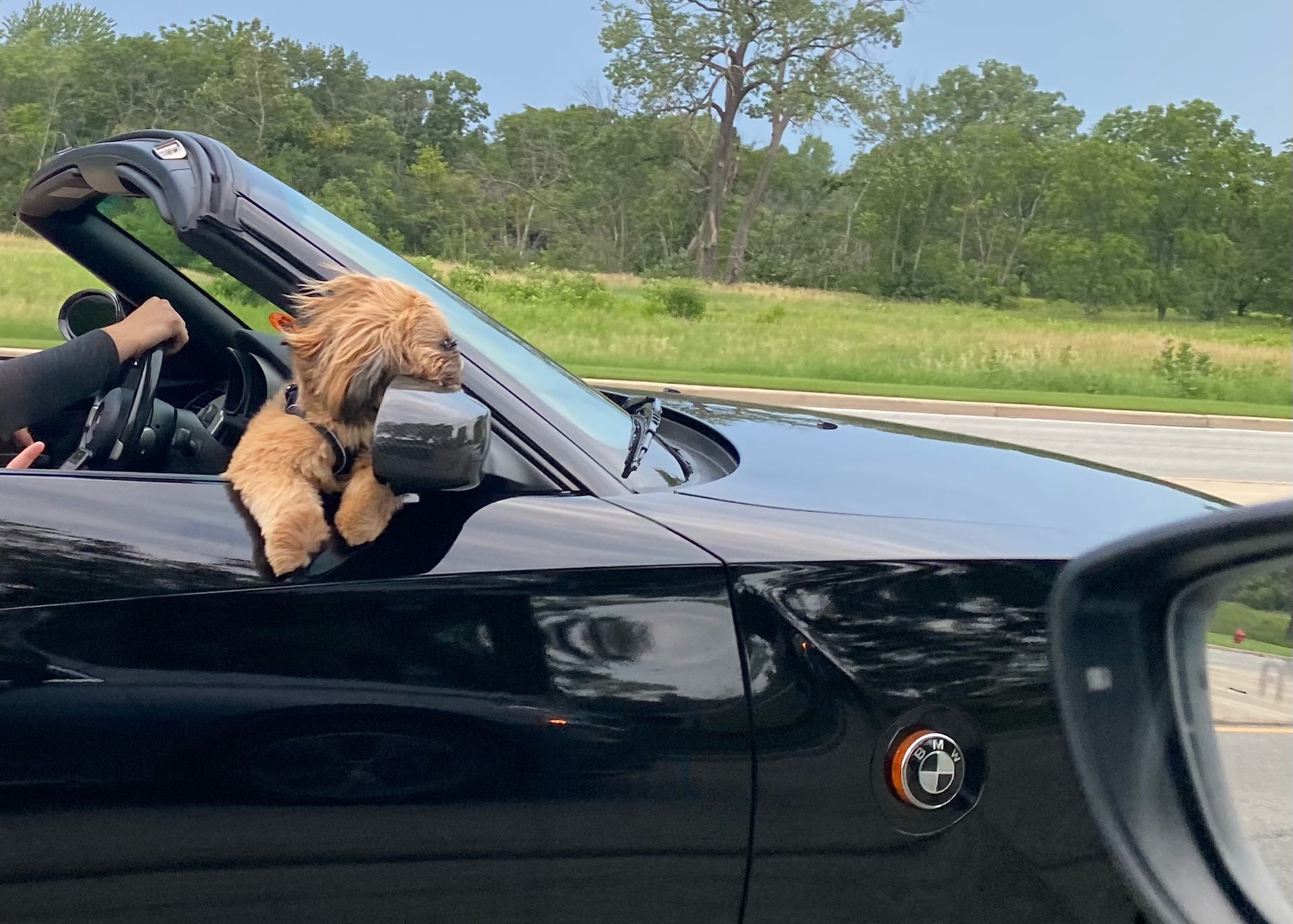 Every time I see that building…

Circa 1975. Sometime in December, as I reckon. It was getting late that evening and my parents had not come home yet. They had gone to Benachity market for some year end shopping. My sister and I were in charge of our 5 year old brother.

Around nine pm, my parents finally showed up. Apparently they had difficulty in getting a rickshaw for hire. Nonetheless, my dad was very excited. Dinner be darned, he immediately unfolded the piece-de-resistance that he had purchased. A fairly thick – certainly the thickest I had seen till date – book called “Book of Knowledge”.

It was a book of General Knowledge duly categorized in chapters like “Science”, “History” etc. Most of my early knowledge about the world came from that book. I have searched for that book after my parents died but it was nowhere to be found. Smart money is on the guess that they gifted it away to somebody in our extended family.

In any case, that night, even as my mom fixed dinner, you could not separate my dad from that book. He kept on reading the facts and figures – and loudly too. I suspect, he felt that knowledge would transfer to his three kids thru osmosis if only they heard it.

Post dinner was no better. I had not even had a chance to lay my hands on the book. Now mom and dad were together reading the book. Not seeing much point in it, I went off to sleep.

Next morning though, dad’s interest had waned considerably. Perhaps he had finished the book cover to cover, I had reasoned. Which was impossible – it was a 800 page book. But those days I was gullible and was not into big numbers. I still was trying to figure out my 20s tables.

But I did leaf thru the book that morning. The first chapter that got my attention was the ones that dealt with records… you know like the longest river, highest mountain and all that. Remember, I come from a country, an education system and certainly a set of parents where – at least then – you had to be “first’ in studies. You might remember how my parents were disappointed that I did not come first, second or third in my first marathon in Athens, Greece. I blame that conditioning for being attracted to the chapter that dealt with ‘first” in various categories.

One of the early facts I had learnt that day was “The highest building in the world”. The book said it was “Sears Tower in Chicago” and gave some statistics. Completely ignored the numbers (like I used to ignore the years in history books) – but that name stuck with me.

For the next fifteen years, I do not think I got to know much about America – let alone point out where Chicago might be on a map – but I knew about Sears Tower. And so did my dad. I know that because it would be one more of those questions he would inflict on any unsuspecting kid if they happened to meet him.

I am fairly sure he died fully committed to the belief that Sears Tower is the tallest building in the world. Of course, it is not called Sears Tower any more (Willis Tower, if you care) and is not even in the Top 20 in the world now. But trying to explain that would be like trying to convince dad that Yugoslavia is not a country. Yes, another favorite question of his was “What is the capital of Yugoslavia?”

As luck would have it, I happen to work in that city of Chicago now. Twice a month now, I fly into the Ohare airport. Almost always, the airplane flies up straight from Atlanta, swerves to the east into the Michigan lake and then makes a straight-line west bound route into Runway 9L/27R.

On clear days like today, just as we approach the lake shoreline, I get this view. Immediately, I my eyes go to the Sears Tower and for a few moments my mind is taken back to that night in December of 1975! 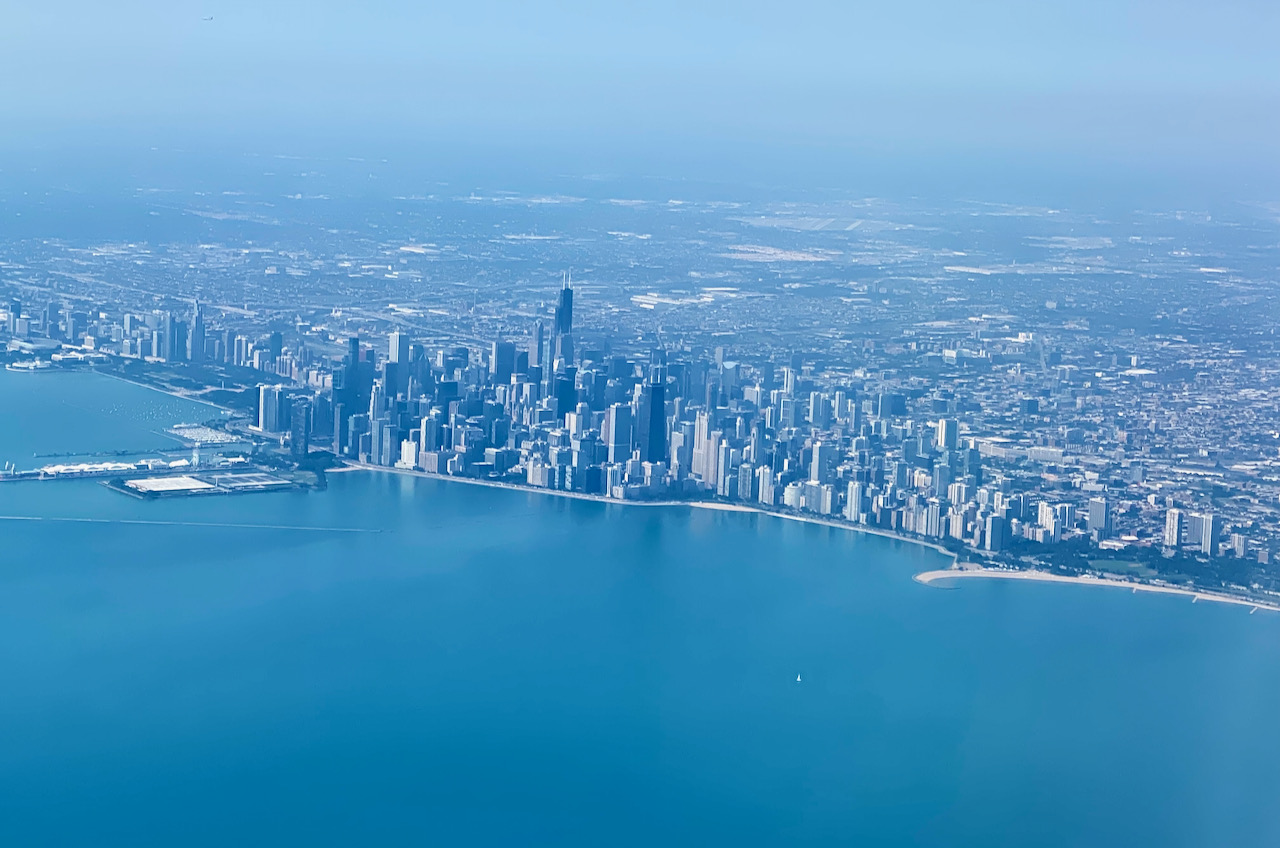 4
Category: Travelogs | 4 Comments on Every time I see that building…