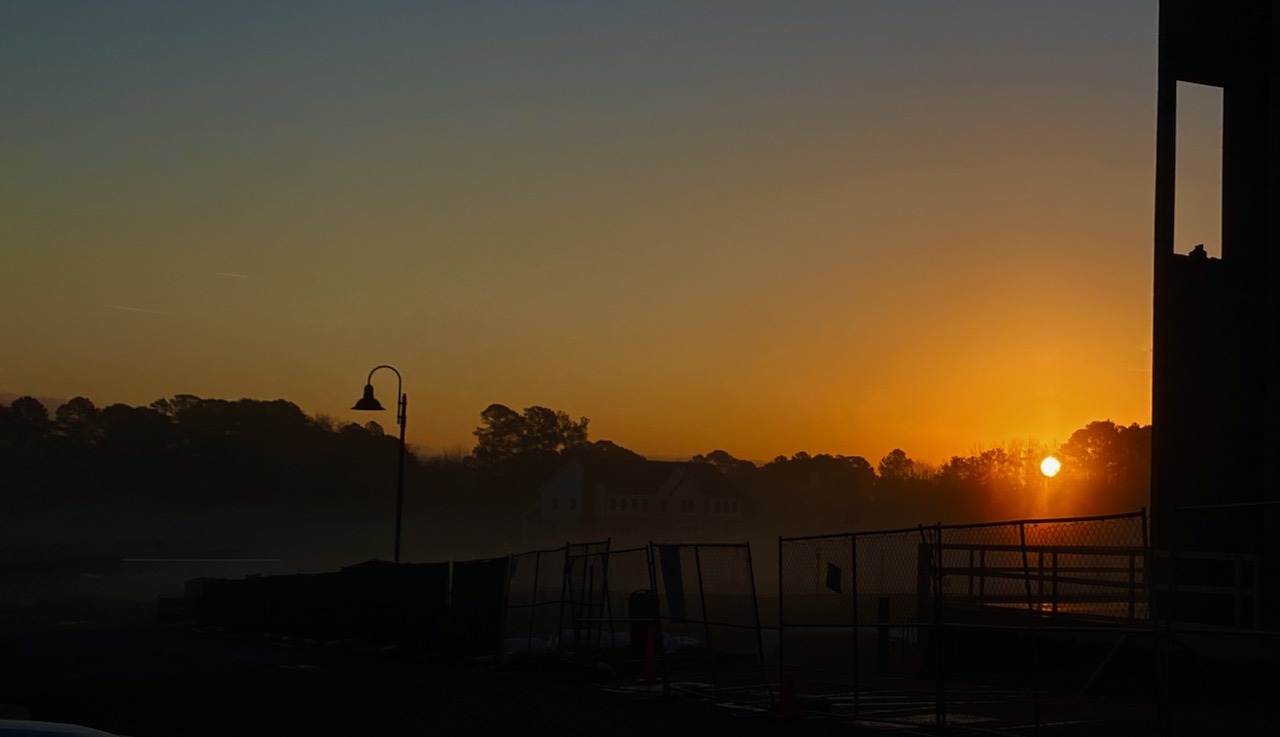 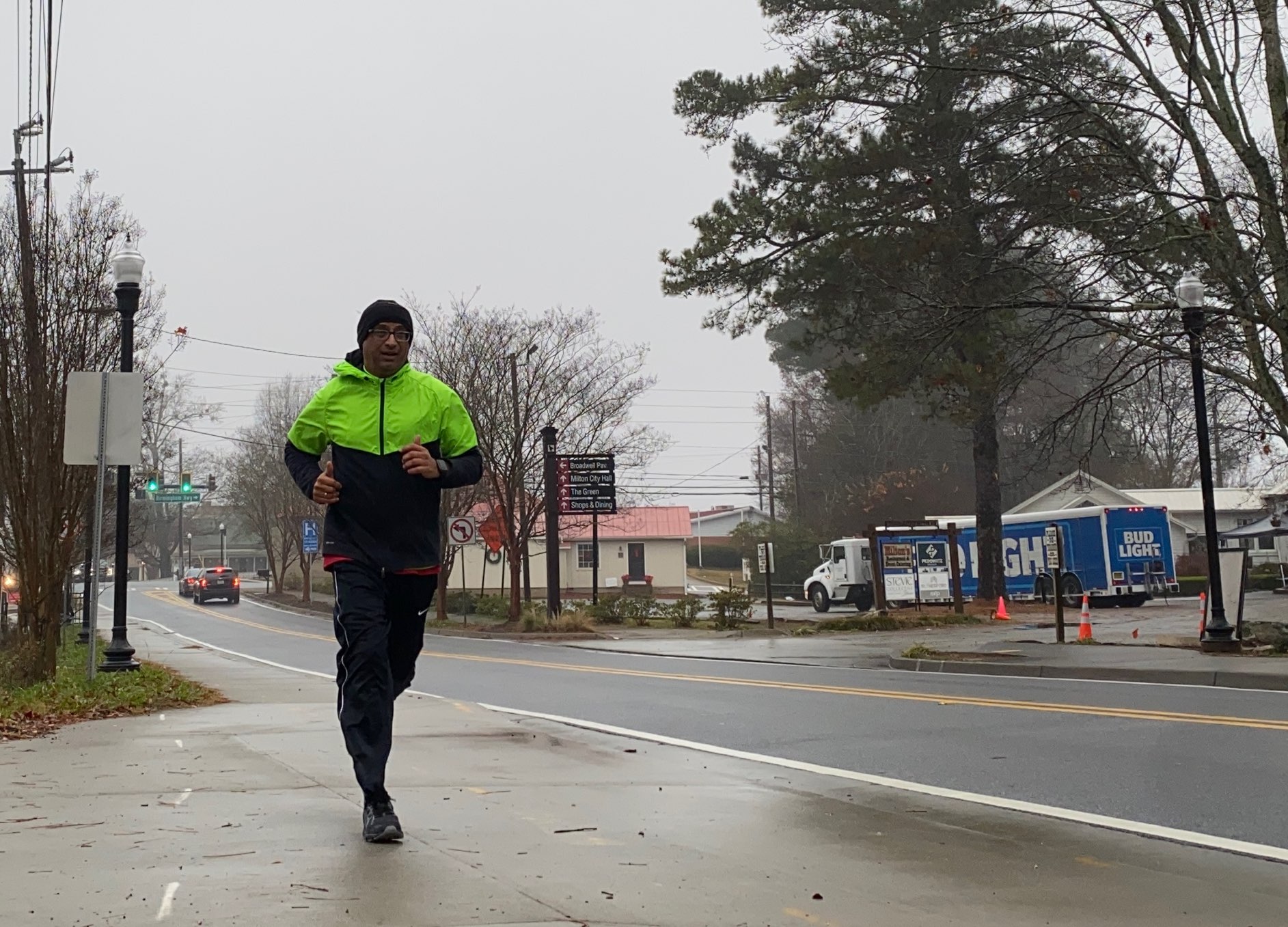 It was in the mid 30s. The idea was to go for a 5 mile run. But after 3.5 mile, the right calf started cramping up. No amount of stretching helped. Just finished another half mile and called it a day… 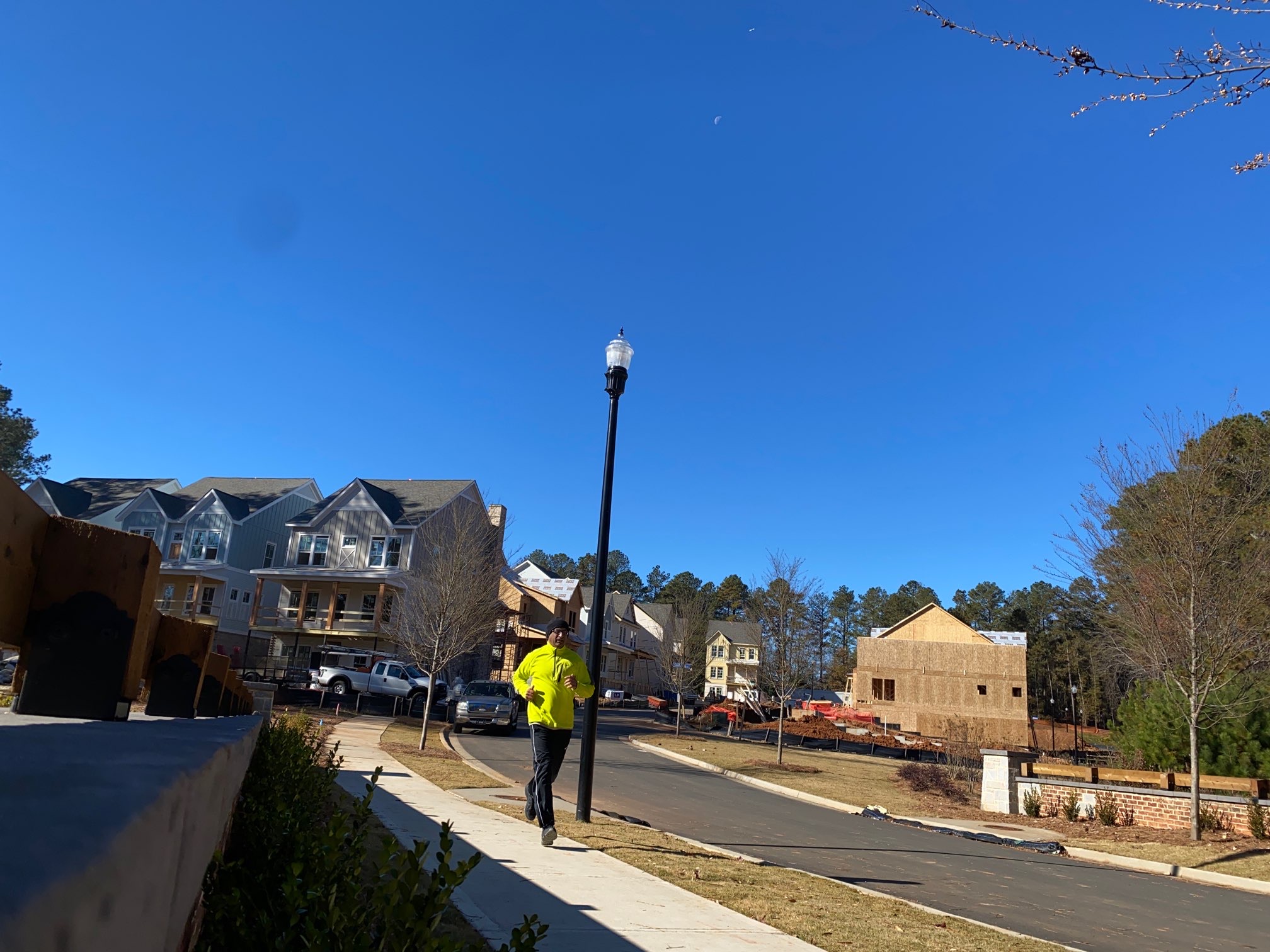 Somewhat humiliated and frustrated by the fall, decided to go for another 4 miler today and try to see if I could run at a pace that I was comfortable with when I was five years younger. Today, my comfortable pace is more like 11 min/mile. Checked my running records from when I was 50 and it seemed like most of my runs were at 10 min/mile.

I cannot say how much my body is going to hurt later today, but I did match (and beat) my pace from the five years younger Rajib. After the warm up first mile, each subsequent mile came at around 9 min 30 seconds.

Coming to think of it, I really do not care now how much my body might hurt today. Somethings are done just to prove the point that you are too obstinate to accept the obvious! 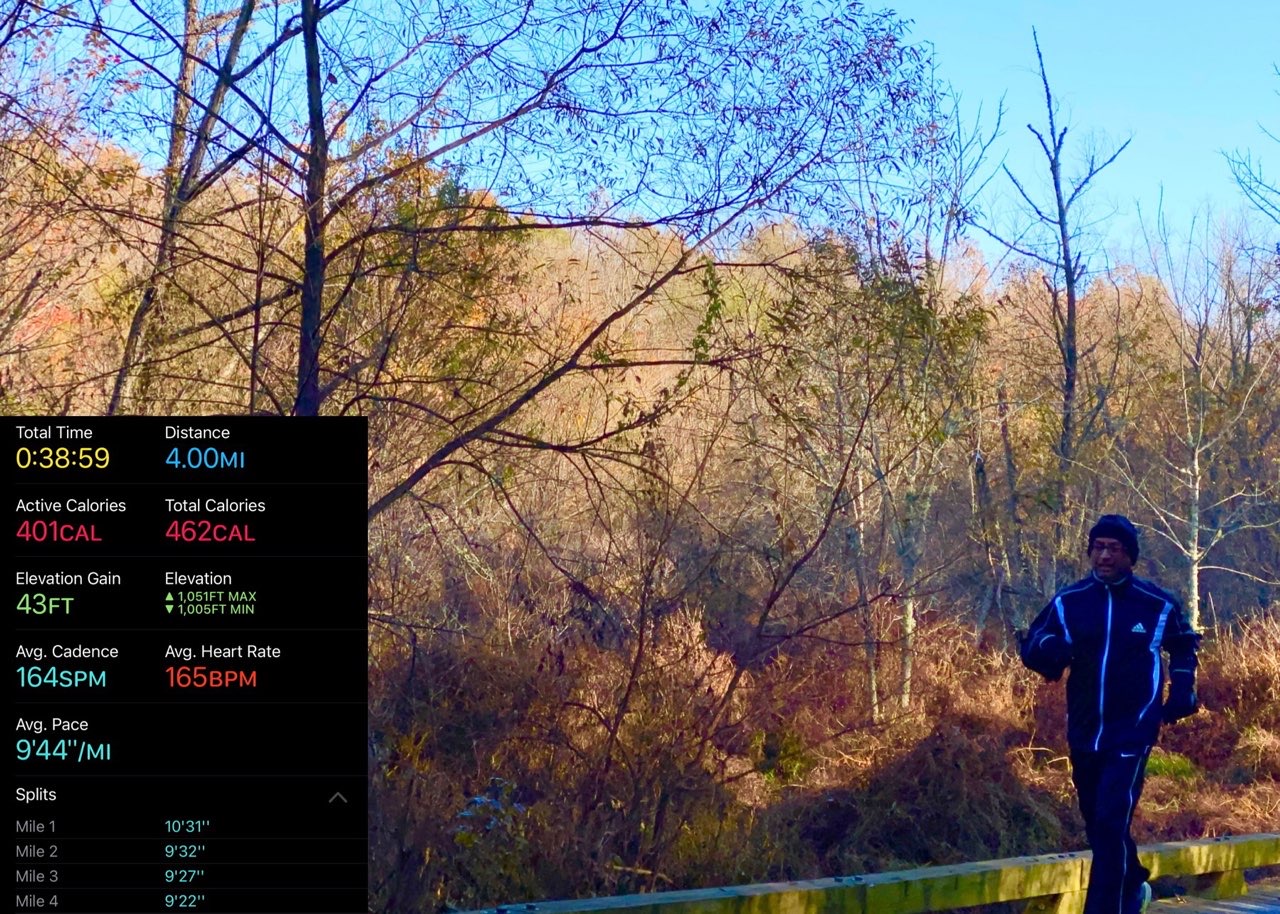 “Carrion. Carrion”, there is nothing to see here!!

You probably have already read about how I had a fall this morning while out for a run. Well, that was not the end of the humiliation.

I had barely started my run on the sidewalk when I took the fall. The first thing I instinctively did was to check around to see if anybody else had seen me falling. (Why do we do that?)

Well, there was no escaping. It was near an intersection and we had cars from all four sides that had watched me fall. I got up immediately and took stock of the situation. There was no piercing pain and I could move all the limbs. That was a good sign. Nothing torn or broken – I reasoned.

But the palms and the left knee was bloodied and blue. Had there not been so many drivers, I might have decided to just go back and give it a rest.

But too many people had seen me for me to give up. Thus, I started running again.

I was almost done with my 4 mile run in the trail. Just as I got out of the trail and turned into the sidewalk of the main road, a big black bird flew right in front of my nose. It was on the ground and I am not sure who startled who more – but it clearly high tailed to a low branch on a tree next to me.

I stopped my run – guessing it was a buzzard of some kind – and turned around to see what it was up to. Lo! and behold!! It was a Georgia Black Vulture with a few of its brethren. They were all looking at me askance thru the corner of their eyes in a sinister kind of way.

My first instinct was to take a picture with the shattered screen iPhone.

My second instinct was to sit down on the sidewalk and laugh my head off. The thought that screamed thru my head was “Dudes! You got the wrong memo! I just had a fall. I did not die of it” !!! 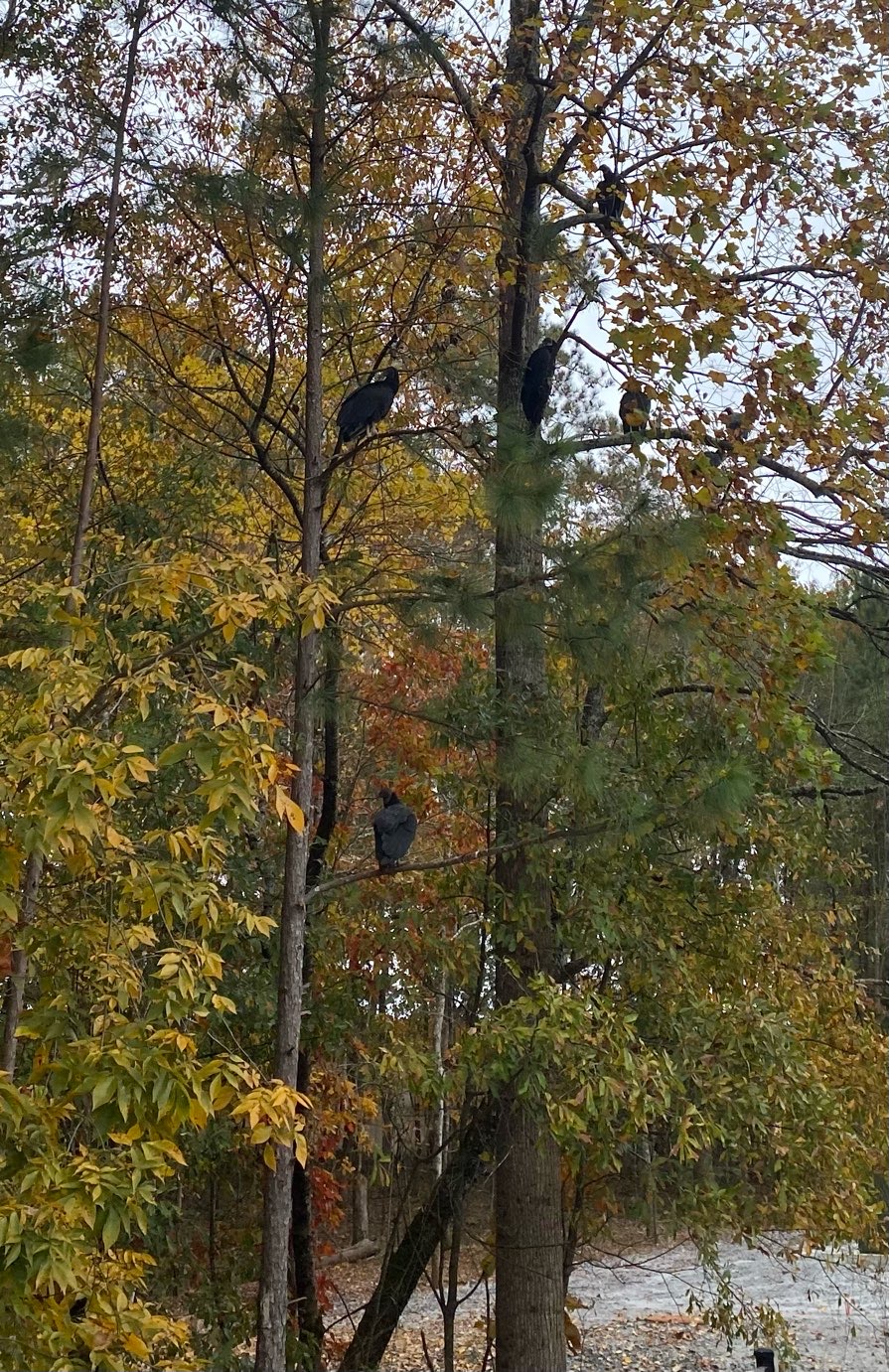 2
Category: Running | 2 Comments on “Carrion. Carrion”, there is nothing to see here!!

As if the slowing down in pace and the shortening of the distances for my run over the years is not humiliating enough, today I took a nasty fall. My worst one in a long time. Caught a large crack in the sidewalk and unceremoniously face planted on the hard concrete.

Fortunately managed to save the face and glasses. The left knee and the two palms took it hard. And the iPhone screen is shot 🙁 Looks like the bones have been spared. The bruises and one of the nails burn, though.

Just to recover some of the old running grit, took in the pain and went for another four miles. 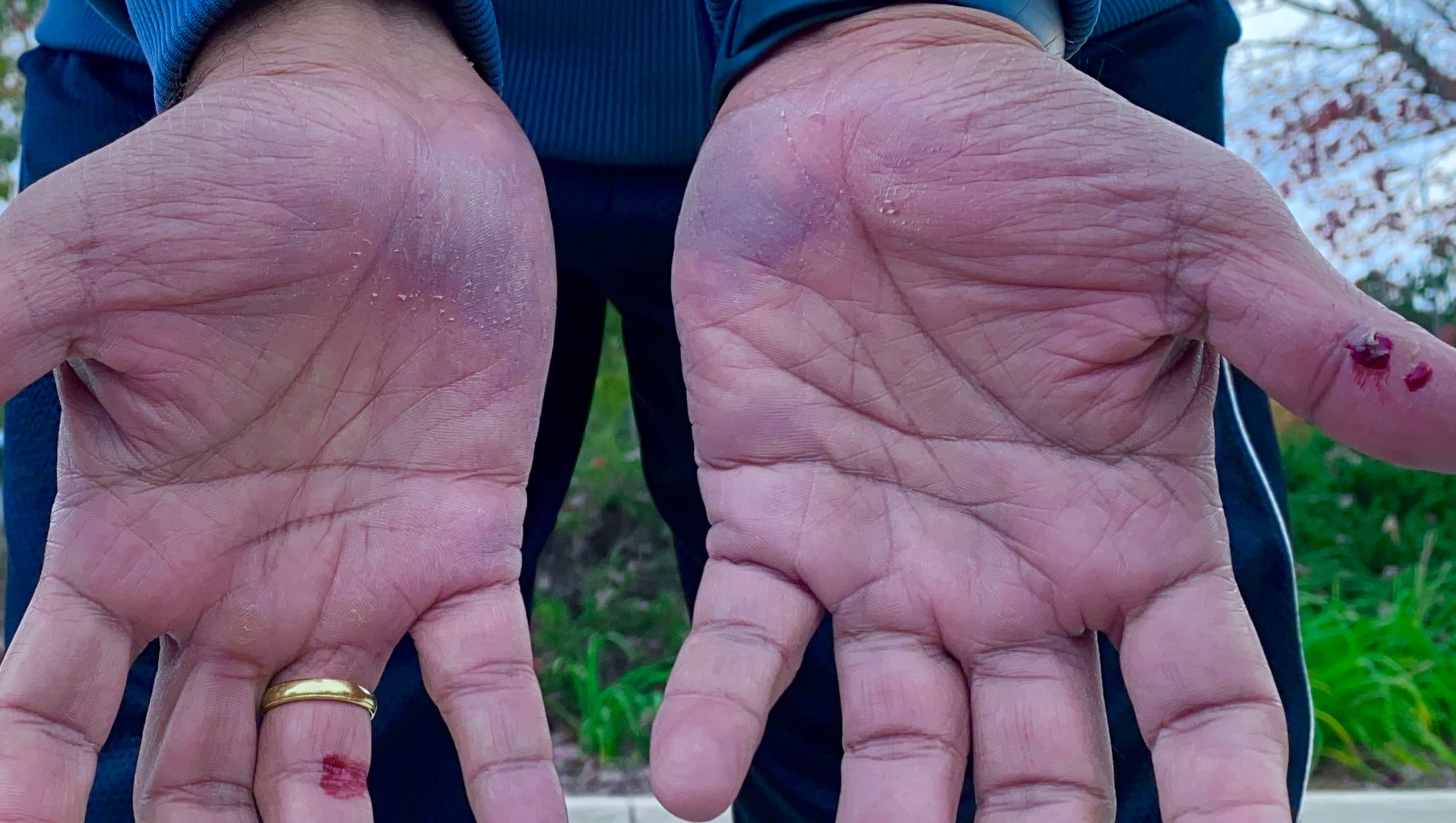 One of those fall morning runs – cold but sunny 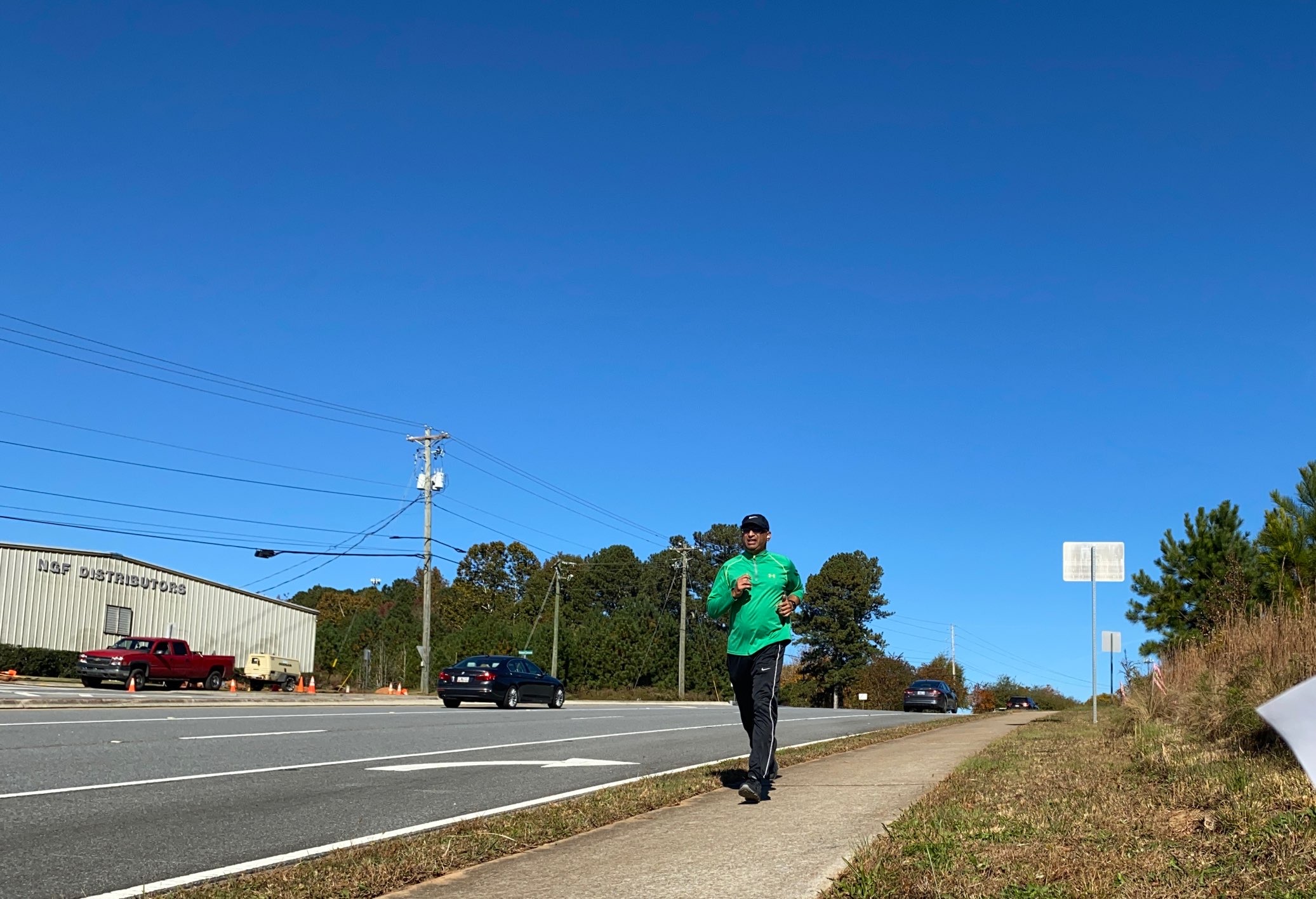 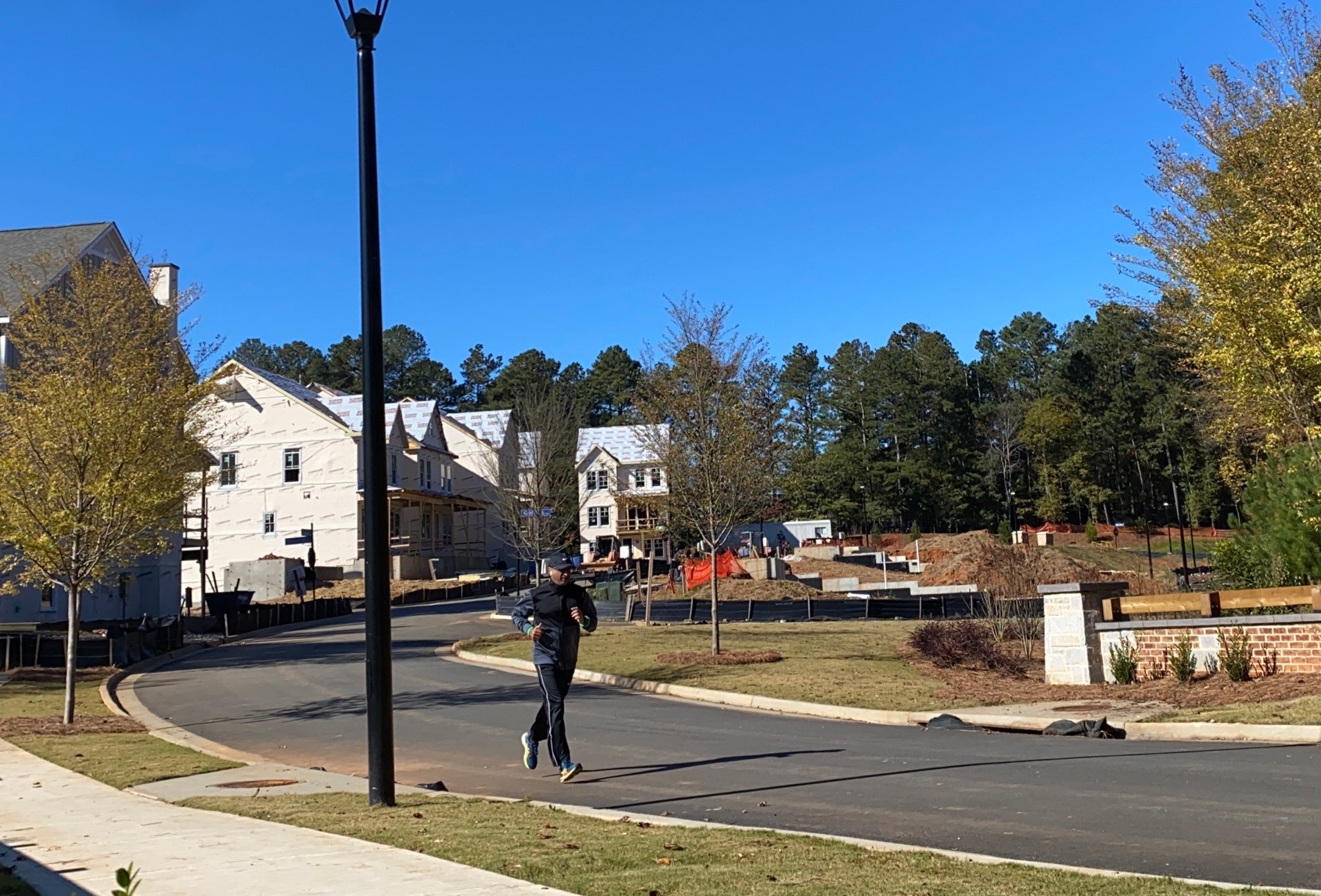 … and then “adda” over a Starbucks cup!! 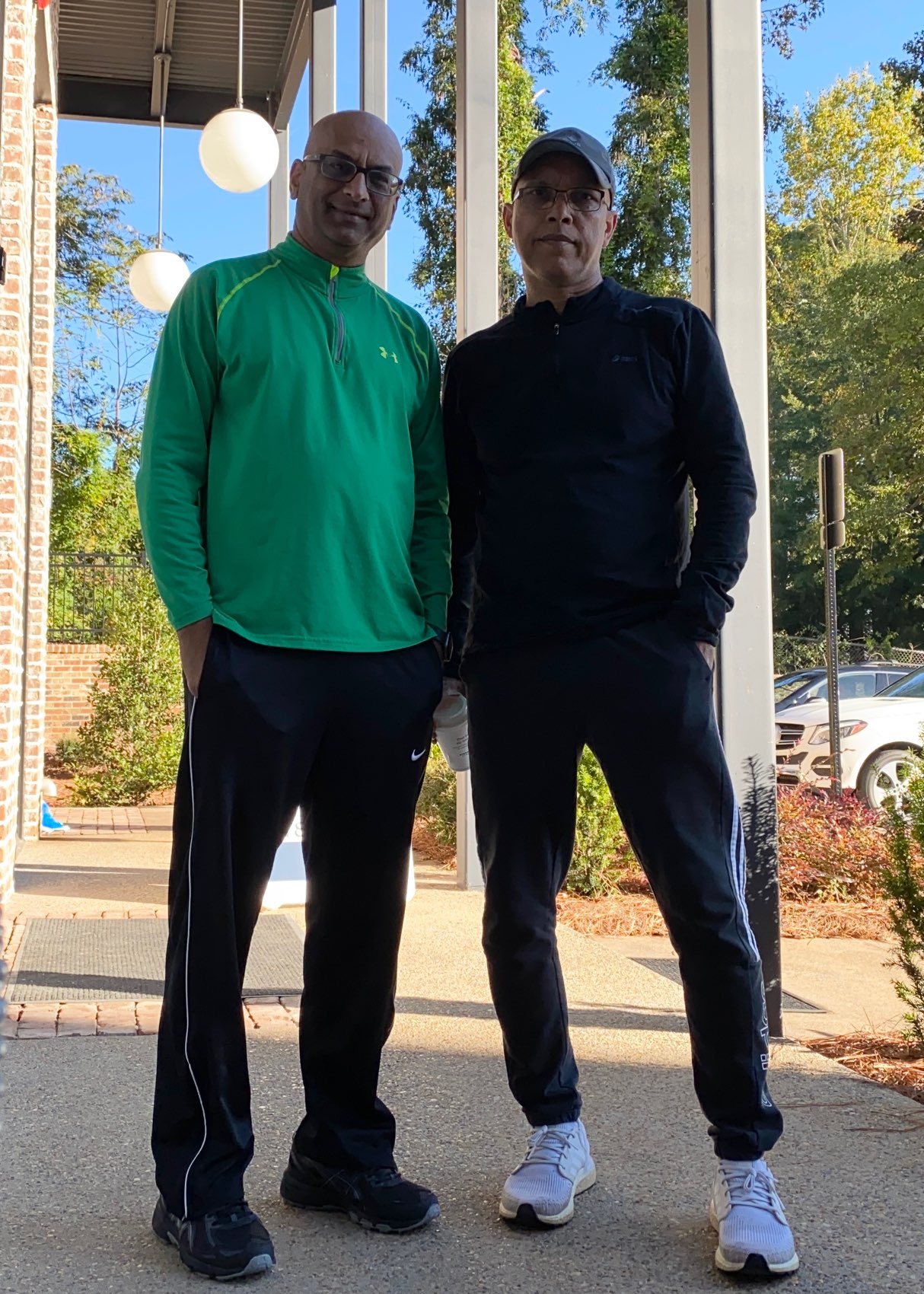 A quicker and shorter run in Crabapple 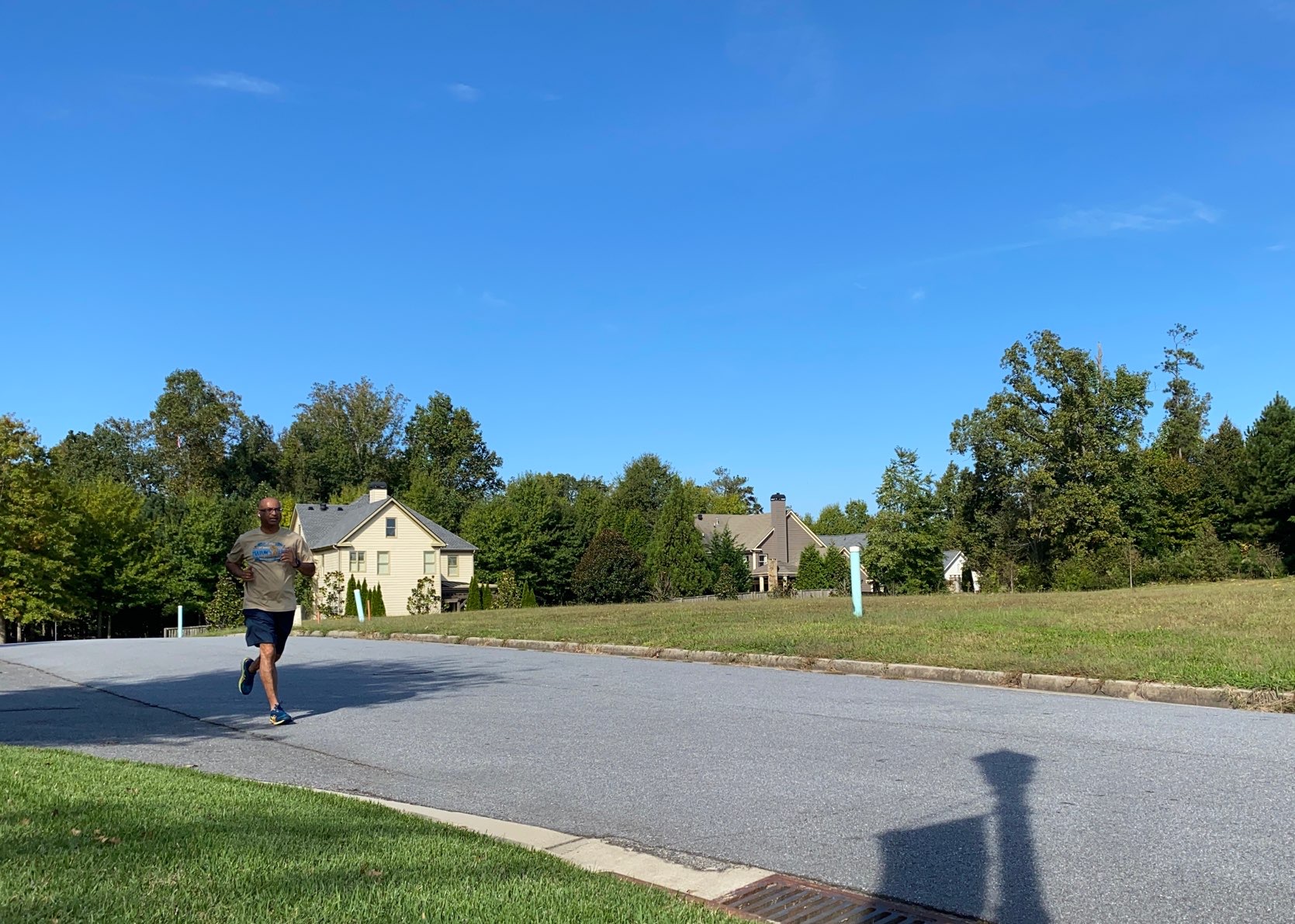