This is at the Dekalb County Courthouse. Nikita in a national Mock Trial competition.
She loves this lawyer bit so much – even after she is finished with high school, she chooses to sign up for these competitions.
One more woman arguing in the Roy household. I don’t know, man! 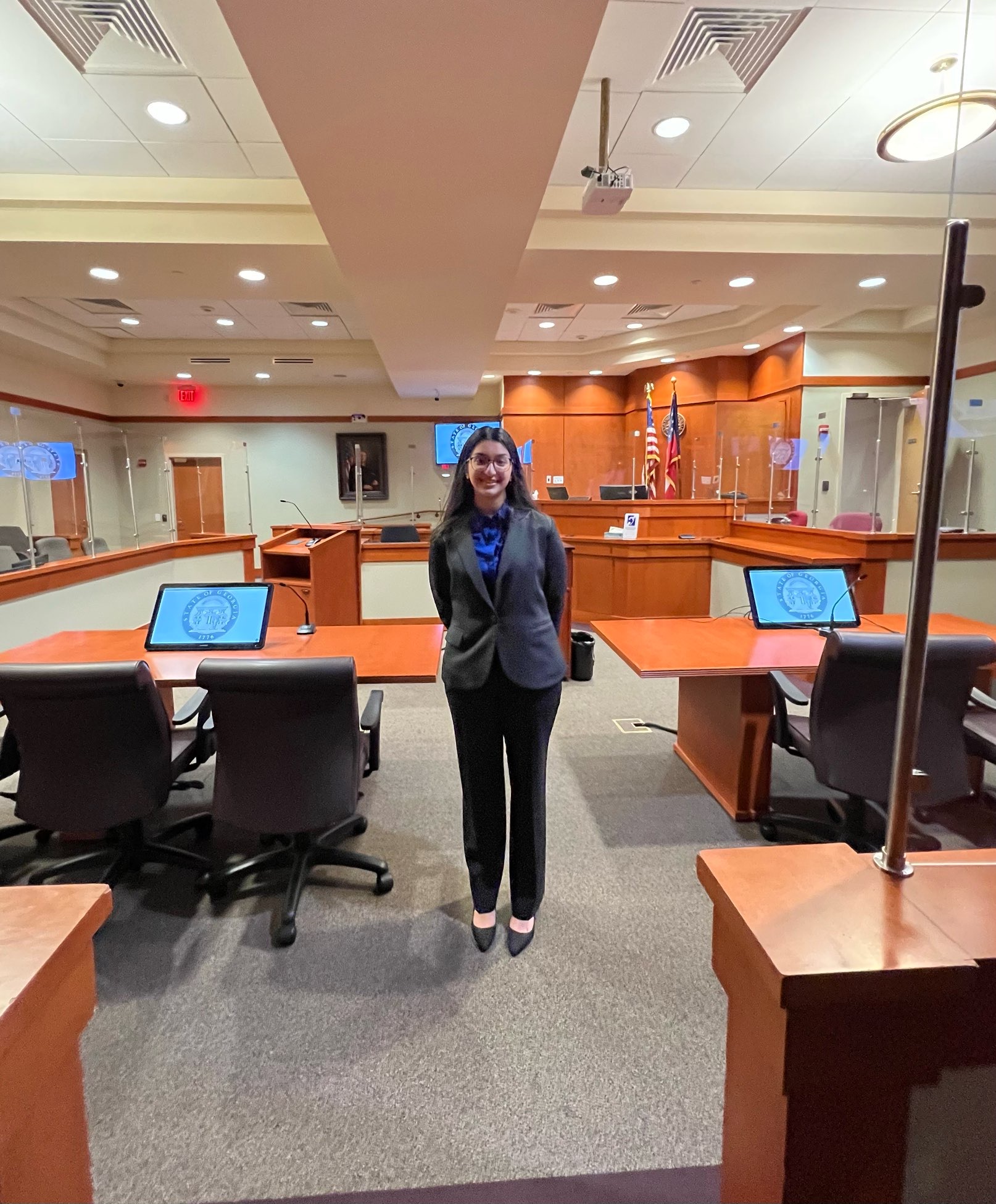 Adapting to the new house

Jay Jay and I are now having to deal with the fact that we do not have our own private music room in this small house. Today, I tried a different approach. Sat on the swingset downstairs and listened to music on the bluetooth Beats.

Jay Jay showed his contempt at not getting any Pringles or being able to listen to music by hiding my other shoe! (seriously, I have no idea what happened to my other shoe) 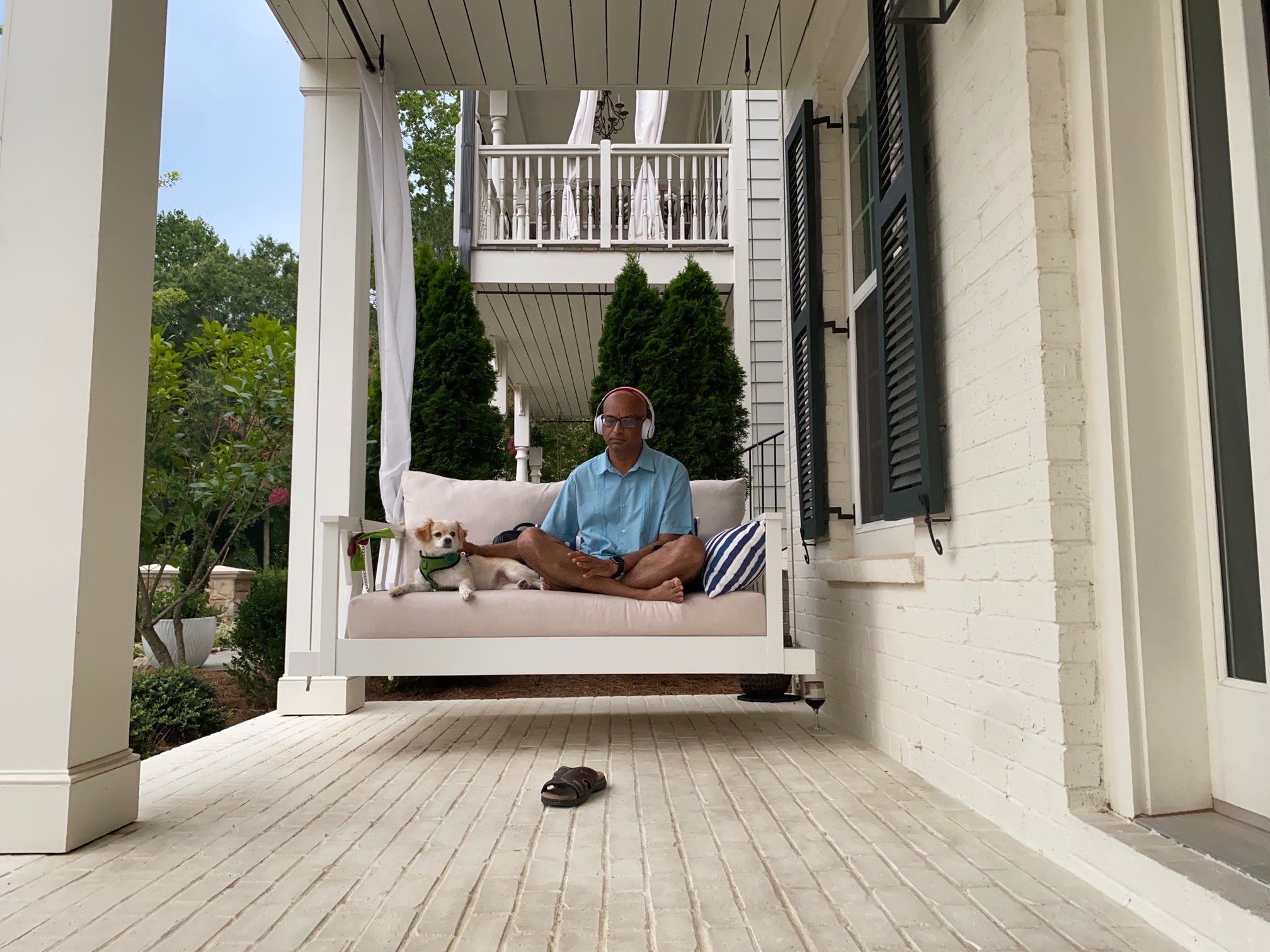 Closing the gates to our h(e)aven

Having closed the front door, there was one last thing to do. Shut out the property. Drove my car up to the gate at the top of the hill. First act was to de-program all the codes that would open the gate. Then put the gate in manual mode so that the new owners can set up their own automatic mode codes.

And then finally, pulled the gates manually closed. Thus the property was secured for the new owners. 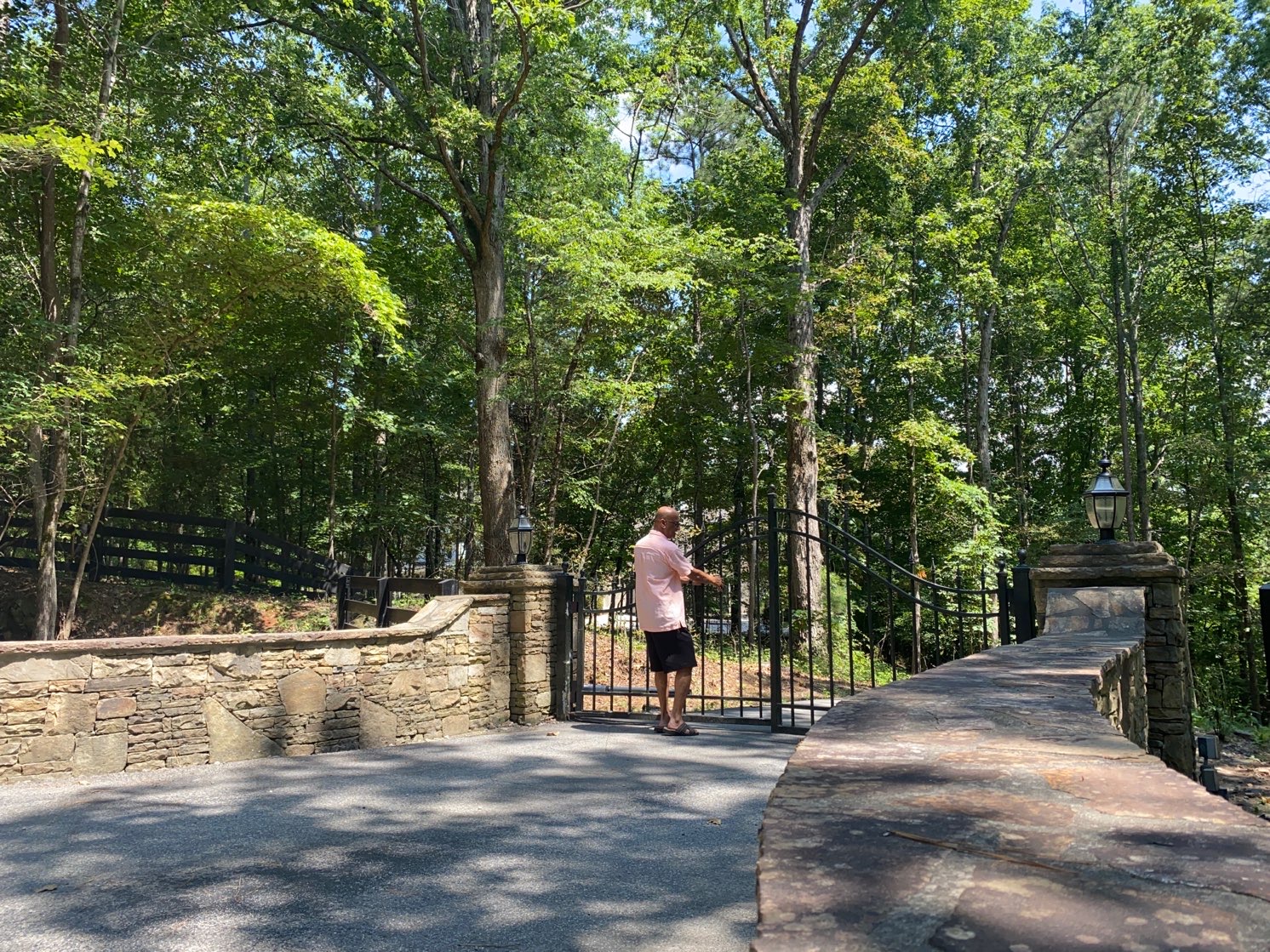 The unkindest twist of them all

The girls had left the building and gone back to the new house. Now it was left to me to do the final checks inside the house and then close the front door. Once and for all.

My fingers quivered as they approached the keyhole. A fraction of second of dithering. And then the final clockwise twist. The unkindest twist of them all. The click that forever consigned this house that was our home to the annals of The History Of The Roy Family. For once. And for ever. 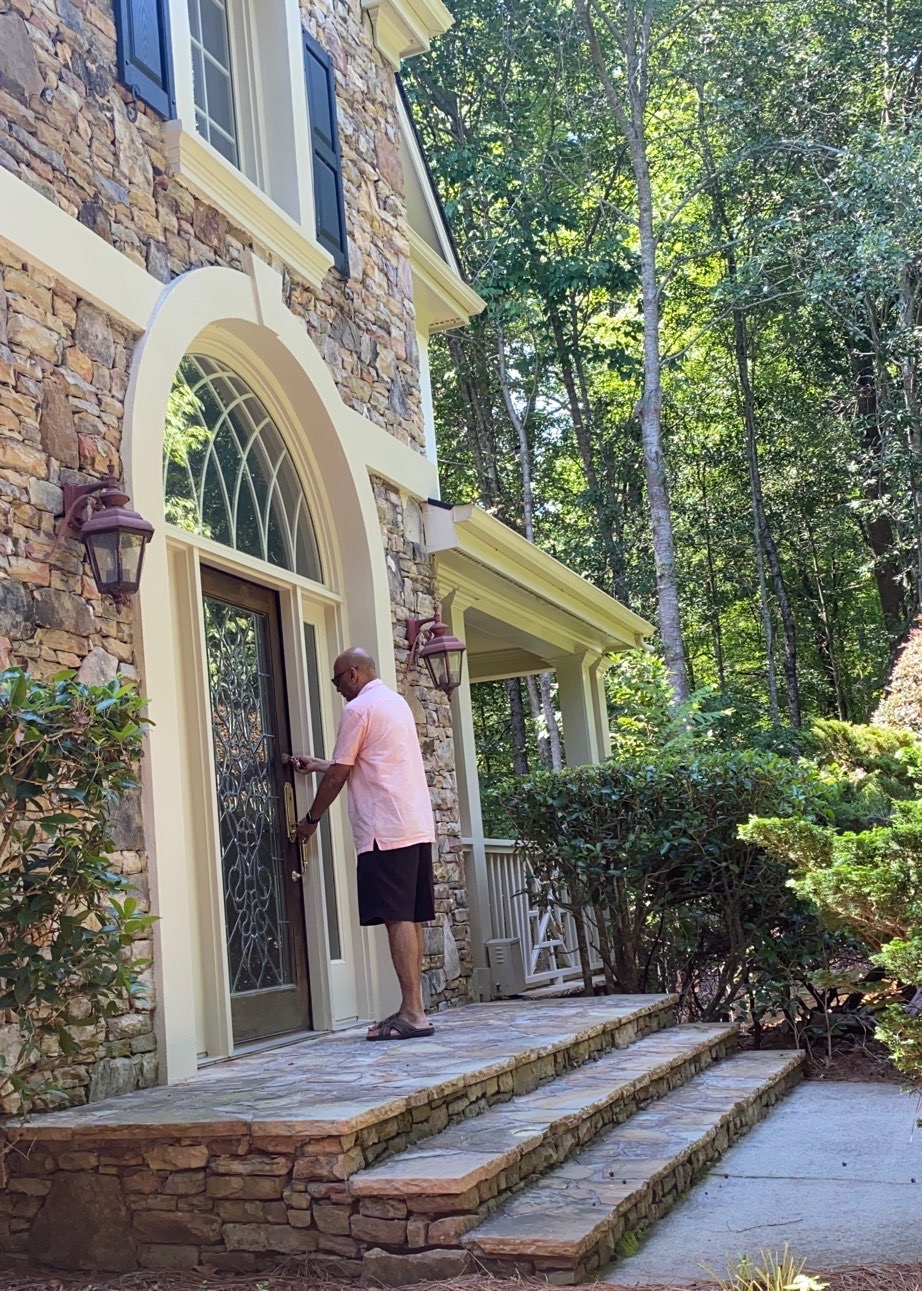 A sense of Deja Vu

It was eight summers back. My in laws were visiting us from India. I had the best time with my father in law. We used to sit outside by the pool with the Tiki torches around us and listen to music or talk about his early childhood and how he grew up. The pool was a special favorite of his. Many a day, I would come back from my work and find him in the pool swimming all by himself. He would even try to clean the pool and do maintenance of it by himself.

There was a very poignant moment during his last minutes in our house that trip. I was going to accompany them all the way to India to make sure they had a safe passage. The car was being loaded up in the driveway and everybody was saying their byes. Just before getting in, my father in law came around the car and took one last long look at the pool. I distinctly heard him softly say “Bye, Bye Pool”.

During the flight later, I remembered that moment and realized what that pool had meant to him.

This week, going around the house one last time to make sure everything was as they were supposed to be, I stopped at every room. It was less of I stopped out of my own volition and more of I could not move. It was like all the walls, rooms, closets, patios had taken lives of their own. I started having silent, mental conversations with them. “Remember how I used to play soccer with baby Nikita here?”… “This is where Natasha and I had put up her whiteboard”…

Looking at the trees, the bird feeder, the rocks outside triggered a lot of memories to flood by and I took as much time as I could to take all that in.

And before finally closing the yard fence, I too – like my father in law – had to take a long look at the family’s favorite spot and sigh under my breath – “Bye, bye pool!” 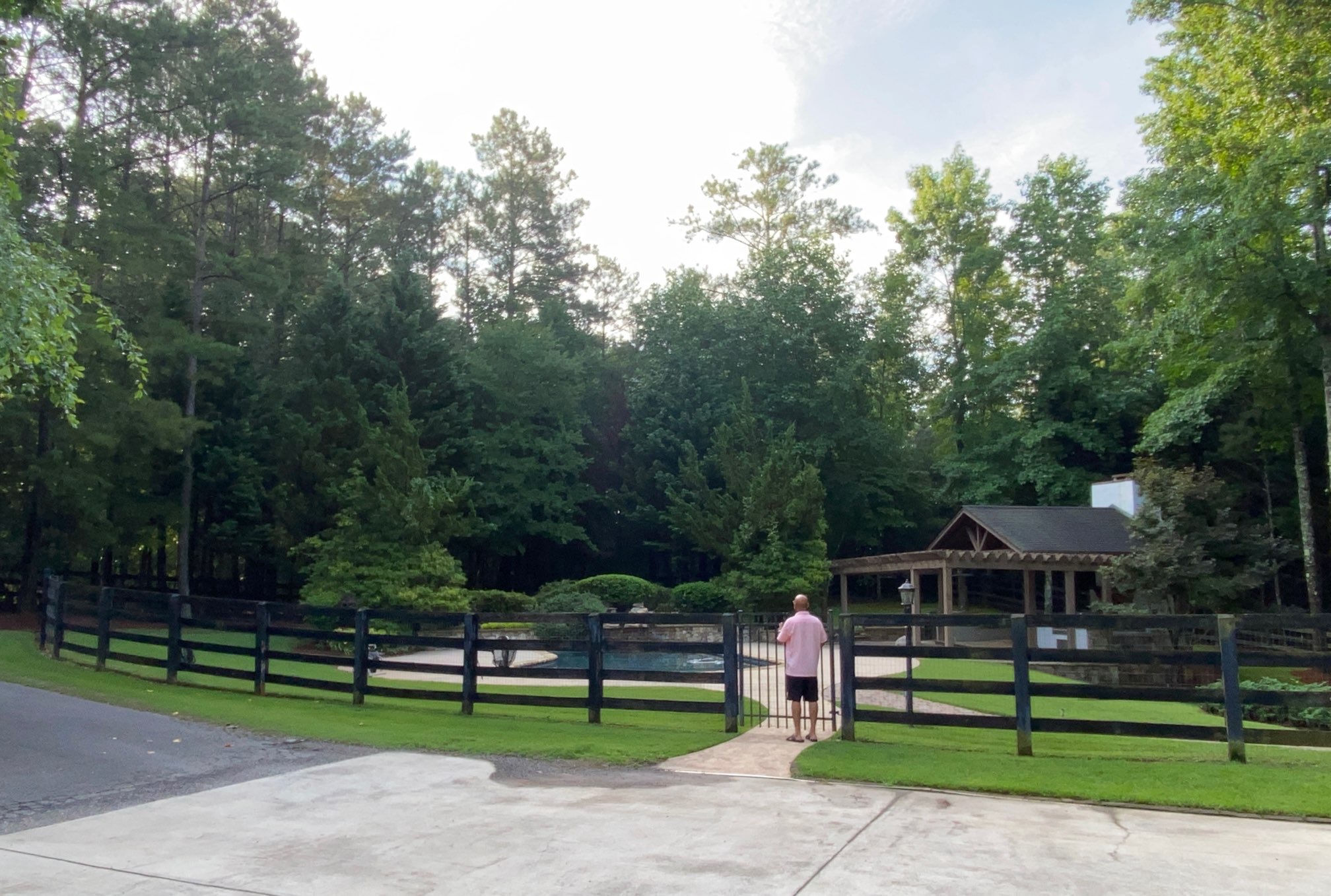 This one is going to be difficult to get over

The curtains finally came down on a chapter of our lives that spanned over fifteen years. When we moved to Atlanta, we had taken a jump of faith and started a life of rural living. Dirt roads, septic tank, water from a well, internet on DSL, no neighbors and all that. The very first memory I have is the kids waiting outside for the fireflies to come out every night.

Looking back, it was a good decision to raise the daughters in such a sylvan, expansive setting. Yes, there was the occasional fallen tree that would block our road and the curious snake here and there making the girls scream and flee but that pales in comparison to the moments spent sipping on a cocktail on a hot summer afternoon watching the daughters jump into the pool after a barbecue lunch or listening to qawaalis with Sharmila by the outside fireplace on a cold winter night or playing volleyball and soccer with Nikita in the lawn or simply trying to outwit the hummingbirds, cardinals and other birds to let me take pictures of them surreptitiously.

But all good things have to come to an end. We are on the verge of empty nesting and have now put this house in our past. Leaving a lot of memories and the mortal remains of the family’s first pet dog in the property.

The new owners are a young couple and they plan to raise their kids here. I think the house will serve them in a much better stead than us now.

Meanwhile, we turn a new leaf in the chapters of our life. 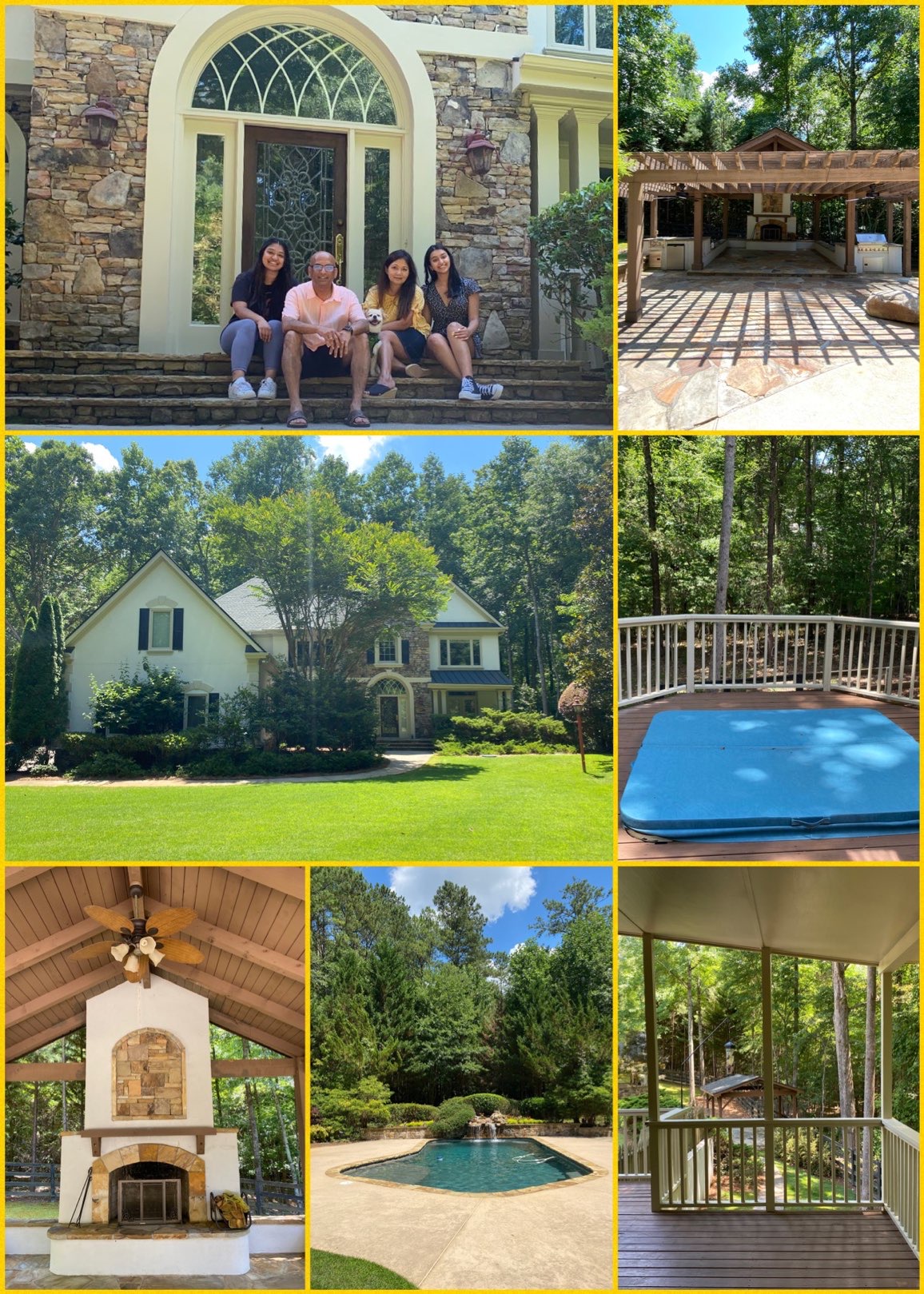 About two hours before the house selling contract was to be signed, Nikita got this idea that she would go back to the old house and do her favorite thing one last time – swim in the pool. And to make it memorable, she was going to jump from the waterfall rocks – something Sharmila did not allow her to do when we lived there. Natasha took her there and took this shot of Niki jumping in the pool.

The sheer joy in her face says it all. 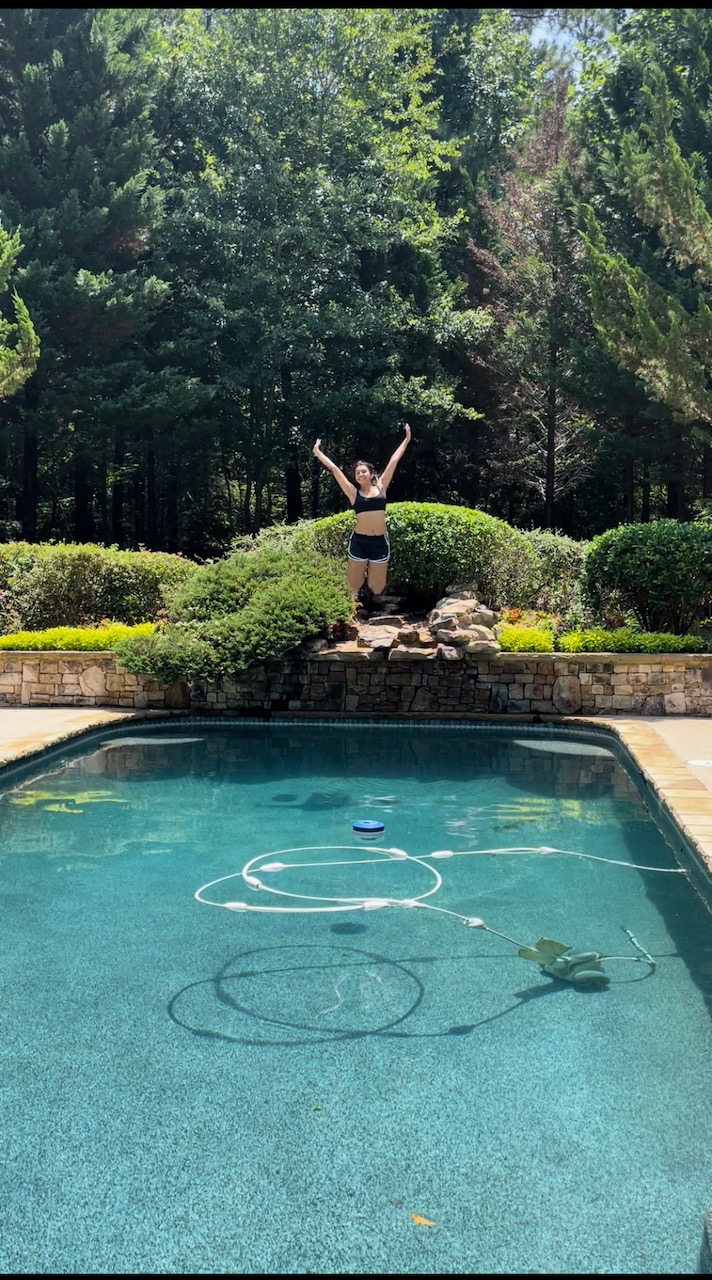 I can get used to this

I walked up to Alpharetta Downtown after dinner. Most places are closed. Not too many people around either. Just the occasional family strolling by or a dog barking in the distance.

My friends at Chiringa – Emily Fricks and Emily Reedy have left me with a glass of wine and a glass of water. And I am getting my work done on my laptop.

Like I said, I can get used to this!! 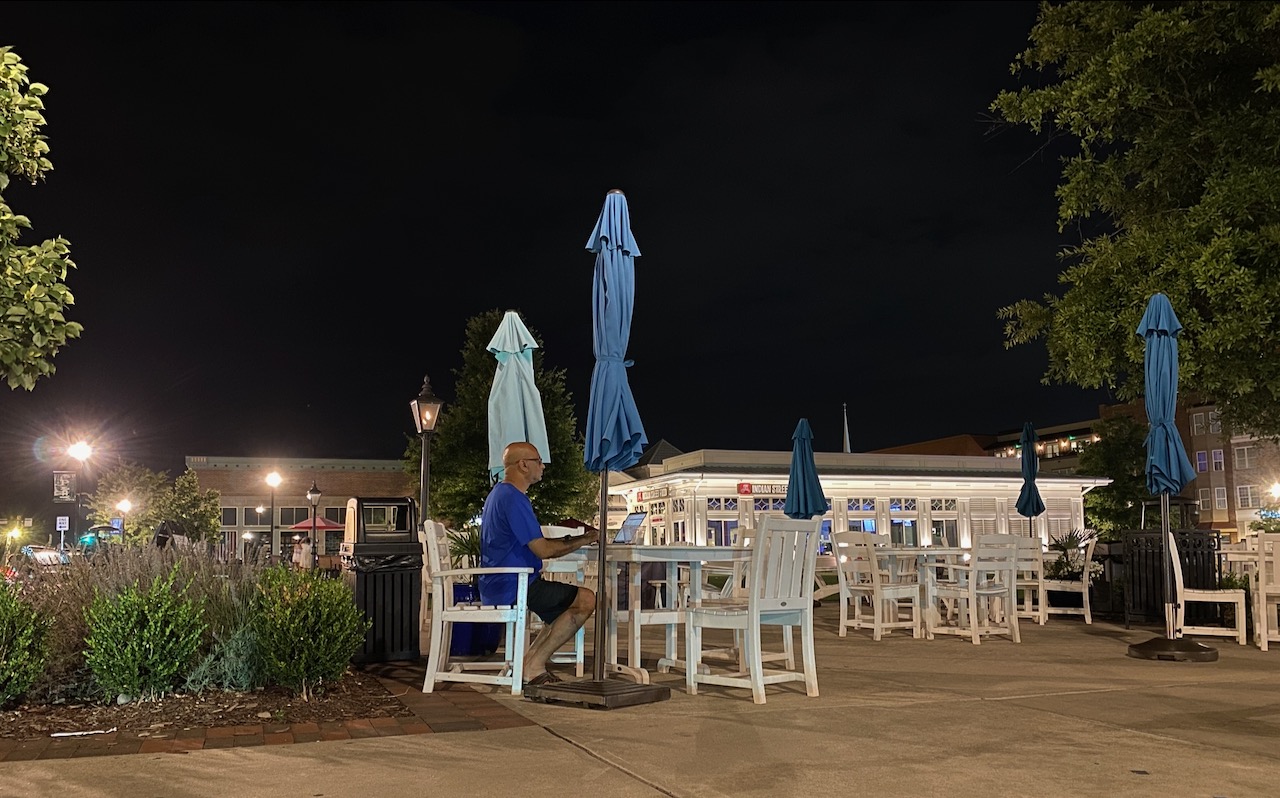 These days, Jay Jay creates a ruckus if we do not take him too. He just sits there criss cross applesauce on the chair and listens to the local bands playing. The regular patrons repeatedly comment on how he completely ignores the other dogs and focuses on the music. I think he misses our tabla evenings!! 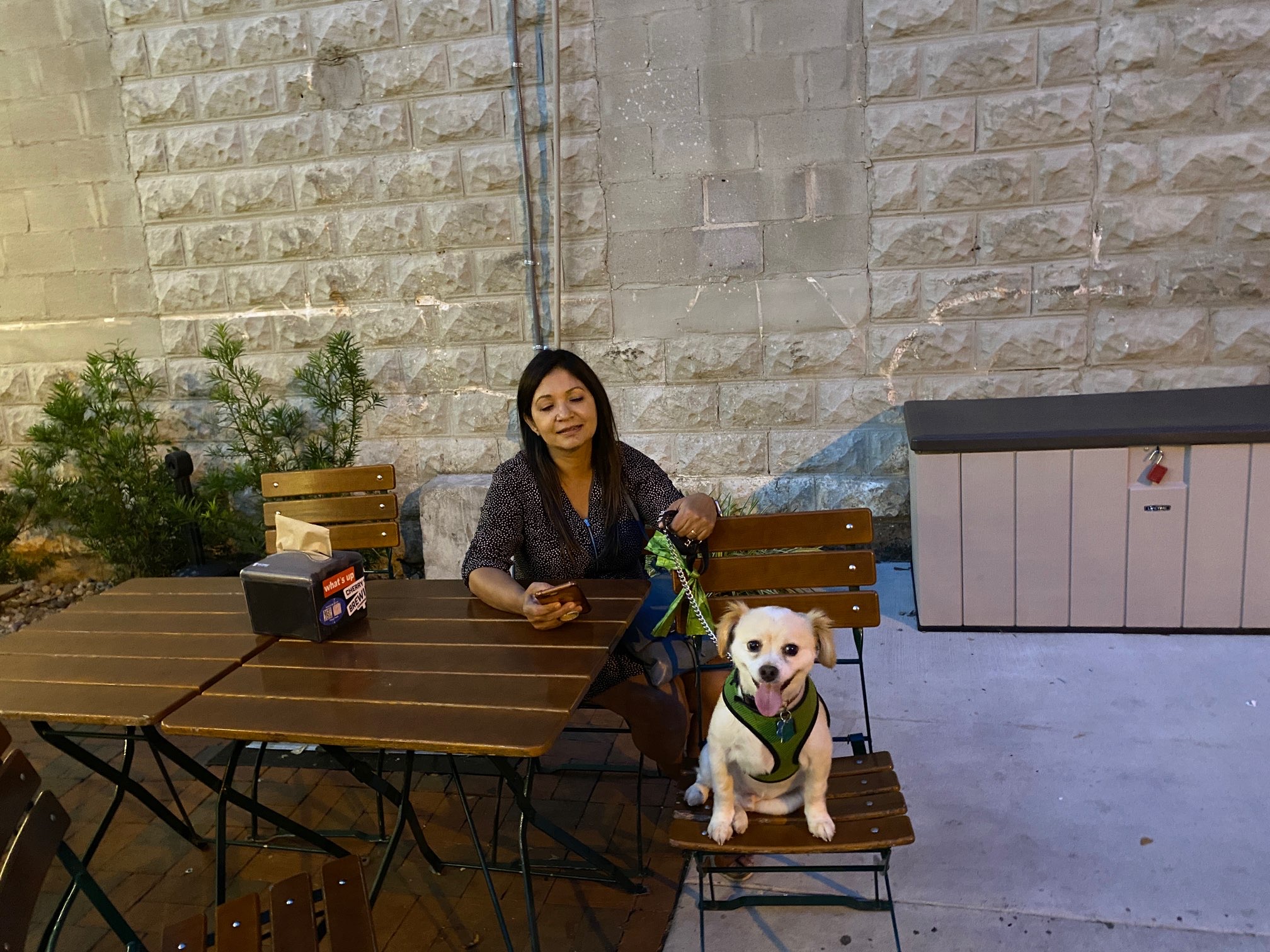 Possibly the last one for her. Not sure if she will keep up with it once she is in college. 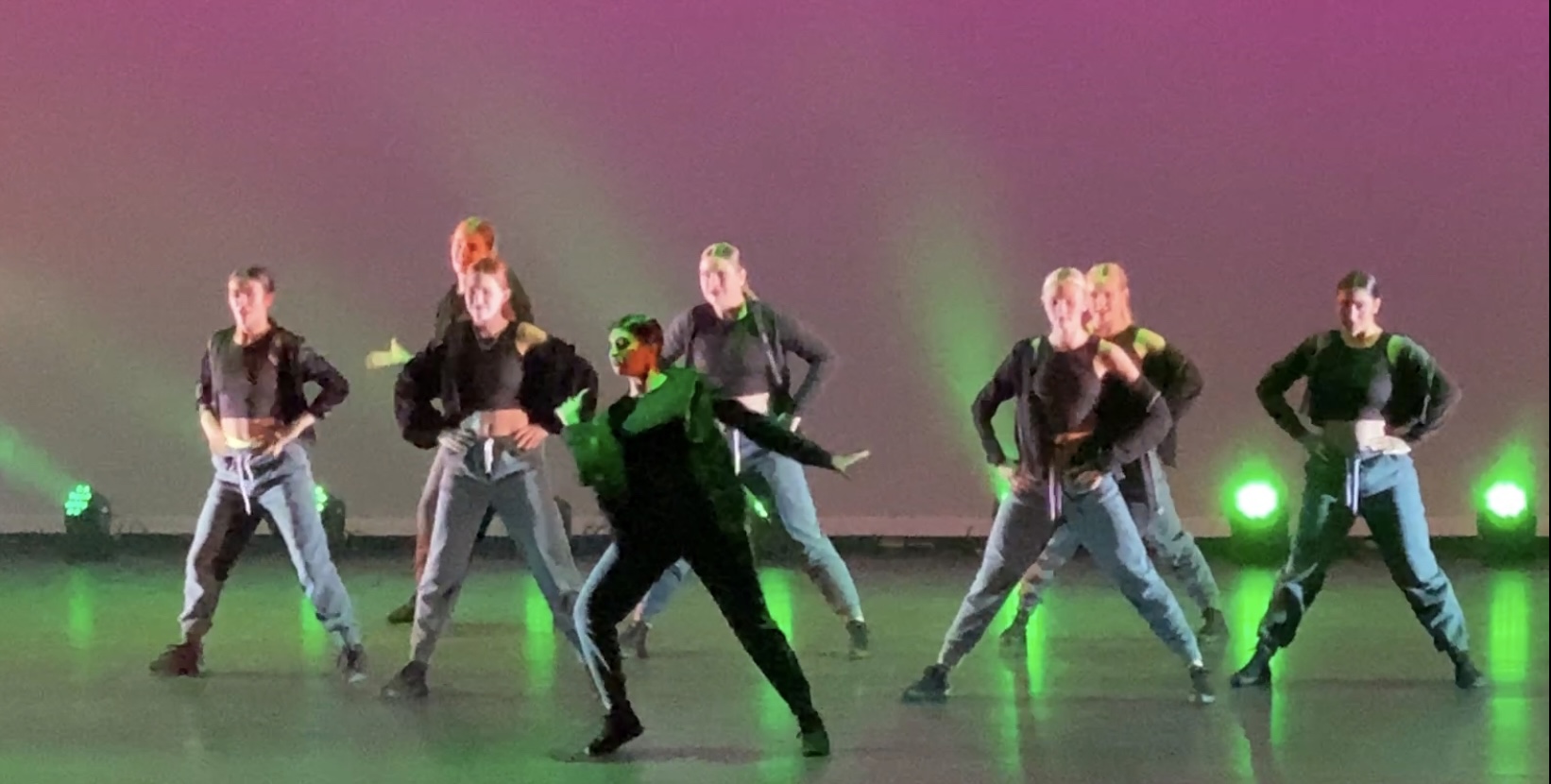