This is why I love the life on the road….

There is an old Nazrulgeeti (songs written by a famous Bengali poet called Nazrul) that went something like “Potho cholitey / Jodi chokitey / Kobhu dekha hoy…”. Roughly translated, it means “Traveling on this road / If someday, suddenly / I get to meet you”…

That was the song that I was remembering as the Delta flight from Portland started its descent in to Minneapolis. I had an hour and a half layover to head out to St. Louis. And my mind went back to Joydeep – our good old friend from Dallas days – who is one more of those great persons that I got to know personally and professionally. He had joined our group as a young guy way back at the turn of the century and has since, reached one professional highpoint after another. In the latest great career move, he has recently joined a Minneapolis based company. I recollected, sitting in the plane, that he had mentioned something about bringing his family to Minneapolis for house hunting.

Moment the plane landed, I sent a text message to him saying that I was in his vicinity to make sure his house hunting was going on well and he that had had no second thoughts of staying put in Dallas.

The plane was yet to reach the gate. I called him. Went straight to his voicemail. He had either finished his trip and was inflight back home or his cellphone battery was dead. Called his wife – Swapna who is also a dear friend of Sharmila and myself. Went straight to her voicemail. “Dang! they are headed back to Dallas”, I thought!

When we got out of the gate, I checked the American Airlines (based out of Dallas) screen. Sure enough, a Dallas flight left half an hour back. Could not believe how close I came.

And then I got a text message saying “Just landed”. I did not immediately respond, figuring I would do so after reaching my gate for the flight to St. Louis. In about ten minutes I got a call from Joydeep asking where I was. A few confused minutes later, I realized, he had not left Minneapolis. In fact, he just landed. His family was joining him in Minneapolis in a different flight.

As you can imagine the next few steps included quickly checking airport map, rushing towards an agreed upon point and get a quick drink together. His family eventually landed too but they had proceeded to baggage claim and could not join us due to the security stuff.

It was absolutely great to get together with such an young and dashing guy as Joydeep.

As my flight to St. Louis took off, I was again thinking of the odds of meeting somebody that I was just thinking of an hour back. He, coming from Salt Lake City. I, just connecting thru! Again, I was reminded of the Nazrulgeeti!! 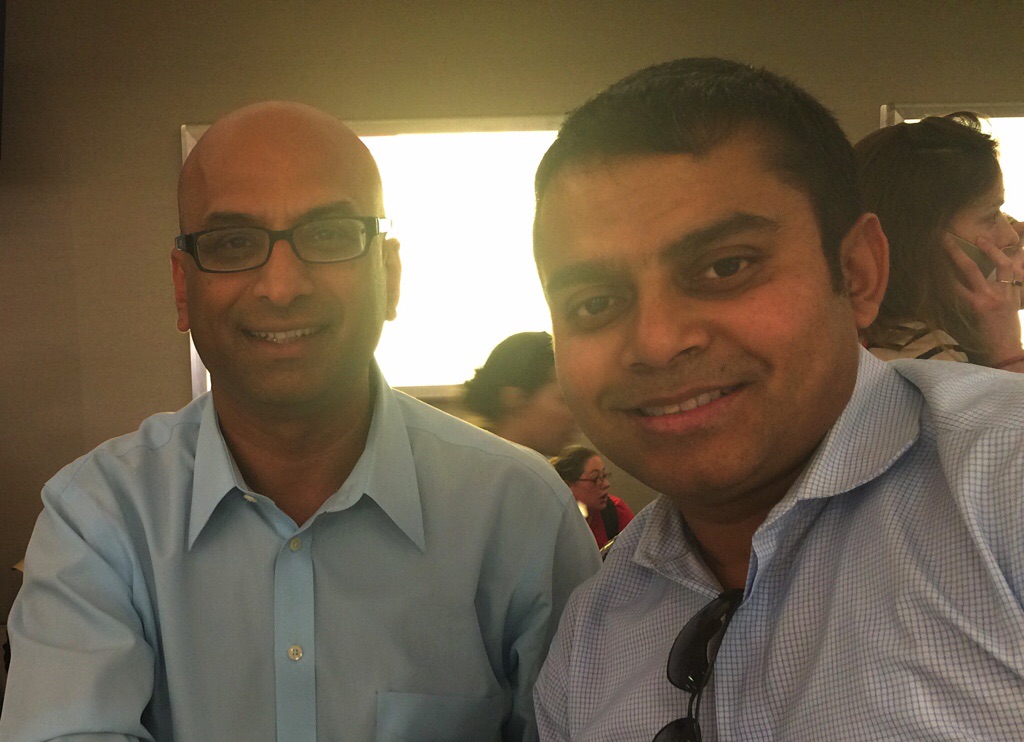