I have a new moniker!!

We had settled down for lunch with our friends after docking the boat in Fish Tales. Suddenly, Sharmila thought she spotted something. Or rather, somebody.

“Isn’t that Antara?” she asked.

I had watched the kid playing in the sand but had not noticed his parents. After Sharmila pointed out, I realized that the kid’s mom was none other than Antara. It took me a second to recognize her behind her shades. Went down to meet them and then Milind (he was trying to get a table for his family) came by too.

Back at our table, explaining how I knew Antara was bit of an interesting moment. Antara, you see, grew up in the same house as I did in Durgapur! After we left that house and moved to a new one, her parents had moved in to what used to be our house.

Later I had found out that my mom was her teacher in primary school and that at some point of time, my brother was her sister’s math tutor! By the way, I had never met Antara when I was in India!

And we ran into each other on Lake Lanier at Fish Tales!

“So, do you remember me?”, I asked the young kid. (He had seen me a couple of times before)

It so reminded me of my Durgapur days. When we would often refer to uncles by their vehicle make or color – “Rajdoot motorcycle kaku” or “Sobuj Lambretta kaku” !!!

Well, (other than “Rajib”) I have often been called “Raj” or “Roy” or sometimes even “Hey You!”. Now I have a new sobriquet!

It is a pity my motorbike is red no more! 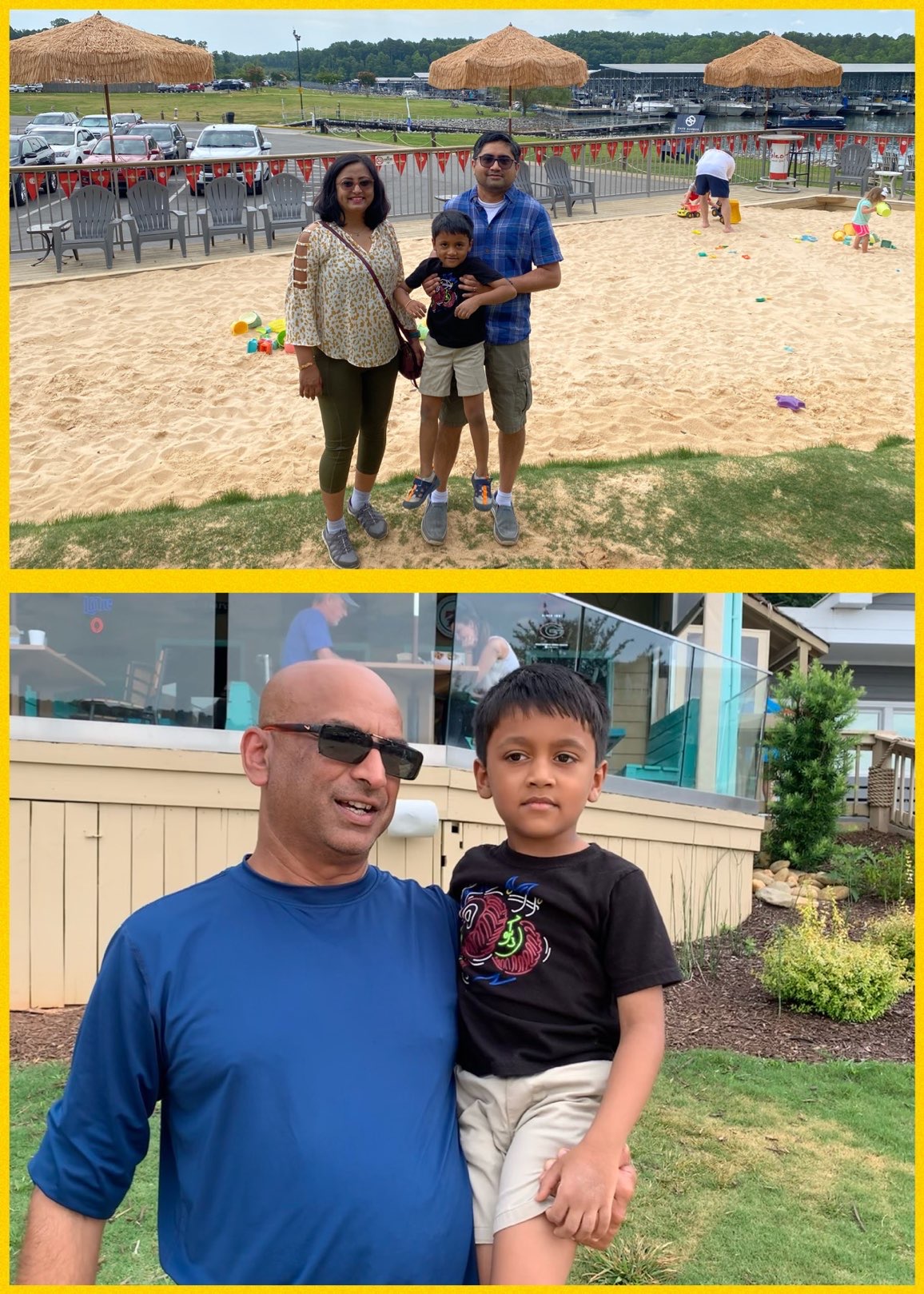