Sharmila and I had reached Alpharetta downtown a little late. It was probably a little past 9:00 pm. It was a great evening. Beautiful temperature. The full moon was up. All the bars except one were closed. So, I grabbed two gin and tonics from there and sat in one of those many chairs they have set outside for folks to sit in a socially distanced way out in the open.

There was really nobody there. Till an elderly lady came and sat nearby. Actually her son came to settle her down and then went away. The family went for a walk but I guess Grace (we found out later she went by Grace) had enough of walking around for a day. If you think I am the one to talk to strangers, you should have met Grace. Within a minute we were talking about everything and sundry.

The hilarious part was when Grace explained how she had had three husbands. And that her third husband and the first husband where the same person. Both her husbands are no more. And then she slipped in that her second marriage was the best. I think it lasted thirteen years or so. In any case, thru the evening, I kept on repeating “So, Grace, what I am learning from you is that the second marriage is the best always”. “No, no, no”, that is not what I am saying,” she would immediately protest realizing that Sharmila and I were still on our first marriage! And all three of us would break into peals of laughter.

Later, I got to meet the whole family – especially her son, Jeffrey – who seems to have had a similar track record career wise like me.

I cannot wait to see Grace again in downtown Alpharetta. Loved her feistiness and throw-caution-to-the-wind attitude!! 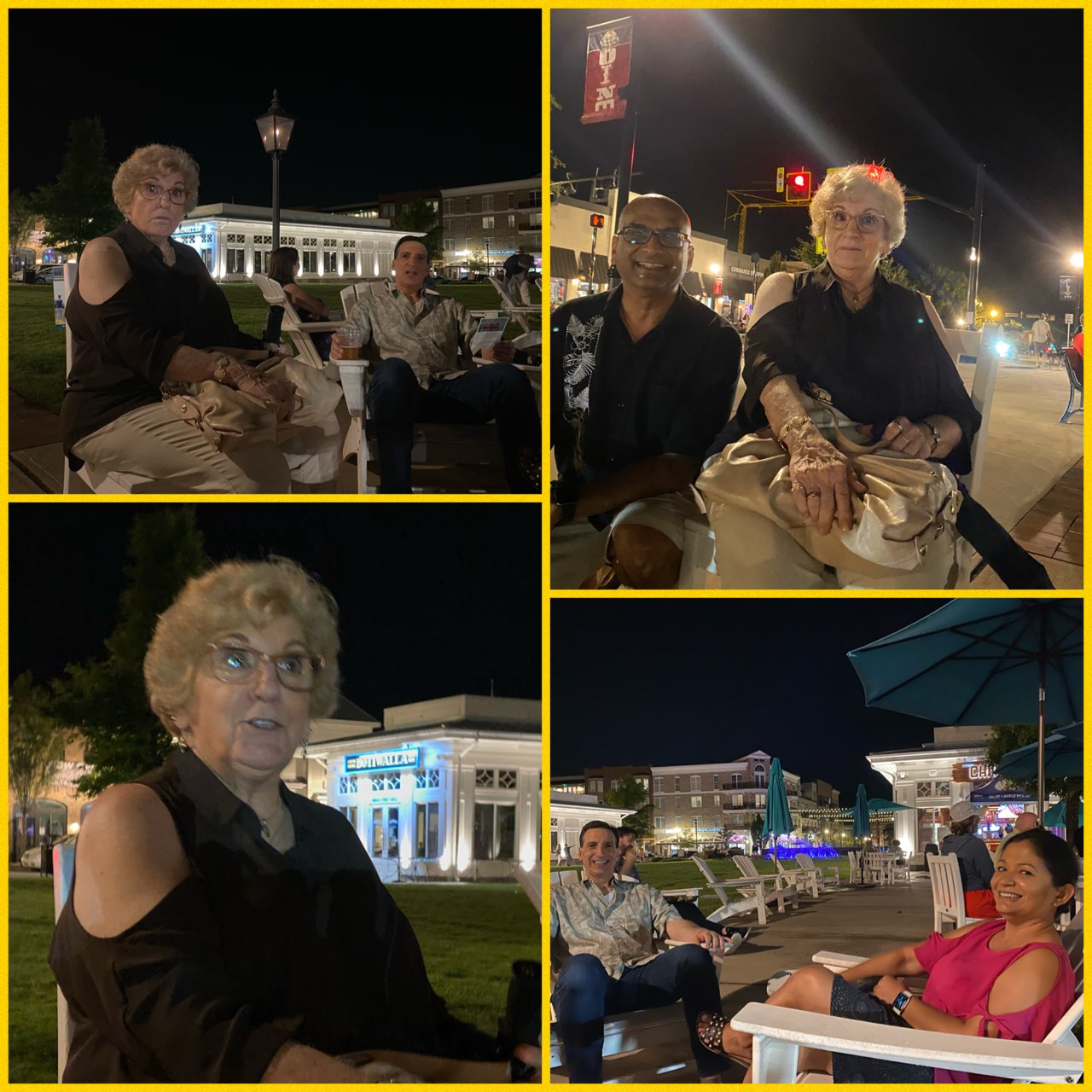