The Russians who are next door to Mongolia and had political power over Mongolia for some time has certainly had their effect on this country. You will see a lot of old Russian vehicles in the desert areas – they look boxy and have no air conditioning. You saw the gun a few posts back.

Our host – if you recollect who had gone out to shepherd in the camels – eventually came back and started pouring a clear liquid with some small ingredients – I could not figure out what they were – for us. It is called the Mongolian vodka. Made from wheat, it has a very bland taste to it.

The custom is to pour it in a bowl and give it to a guest. The guest sips whatever amount they want and then they give the bowl back to the host. The host fills it back and passes to the next guest. And this is continued till every guest has had three chances!!

I drank up a bit. Figured it would wash off that camel meat from the tea before well!! 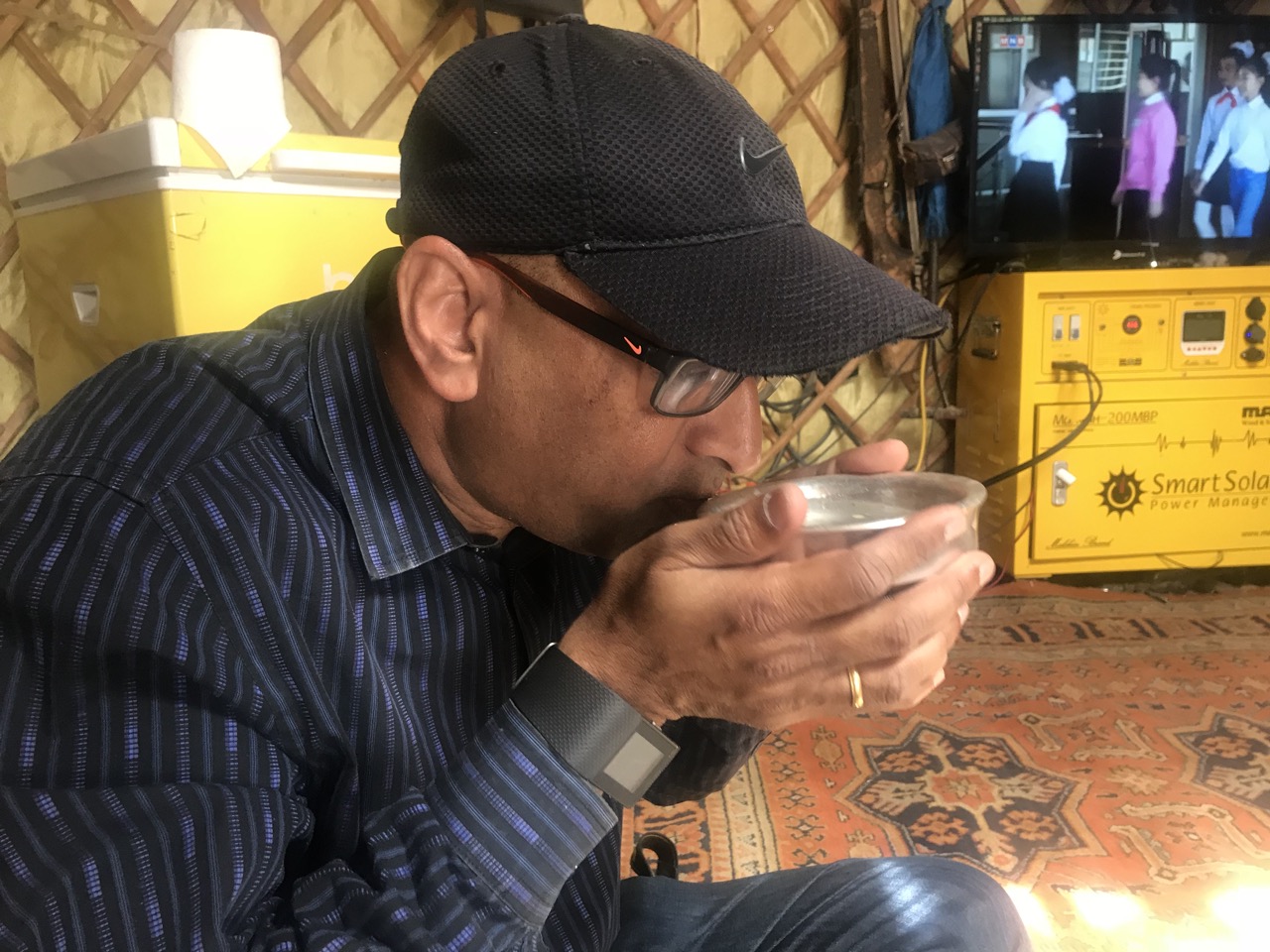