Every run is a negotiation game with him..

The problem every morning in Kalyani is that I do not finish off my run first thing in the morning when nobody else is awake and the temperatures are far more bearable and certainly there is no direct sunlight. Before I can get myself there, usually, my brother wakes up. That can only mean the first cup of tea will be soon to follow… And then sitting idly in the balcony, we just start having yet another cup of tea every half an hour or so. Finally, the sun would be up, it would get warm and I start regretting not having finished my run.

Today was no different. Since it had gotten hot, I decided to put in an endurance run. The heat and humidity had already conspired to make the temperatures feel like 107 deg F on the skin.

Then the negotiations began! Any which way I go for a run, I will have to get past my dad who will immediately engage me in a discussion that roughly follows the same pattern…

“Where are you going?”
“For a run”
“Why now?”
“Because it will get warmer later” (did you see how I dodged the obvious question of why I did not do it earlier? ha ha)

At some point I will leave the house and just go run.

First question today after I came back – as with every day – was
“How much did you run?”
“8 km”.
His response was again classic. I could have said any value and he would have said the exact same thing – “That is enough for this month. You do not need to run any more this month!!

That said, it was a 5 mile (8 km) run in rather oppressive heat and humidity at a sub-10 pace. Towards the end, I had to take a 30 second break to get my heart rate to come down from 170s. That was the penalty I paid for not carrying water with me. 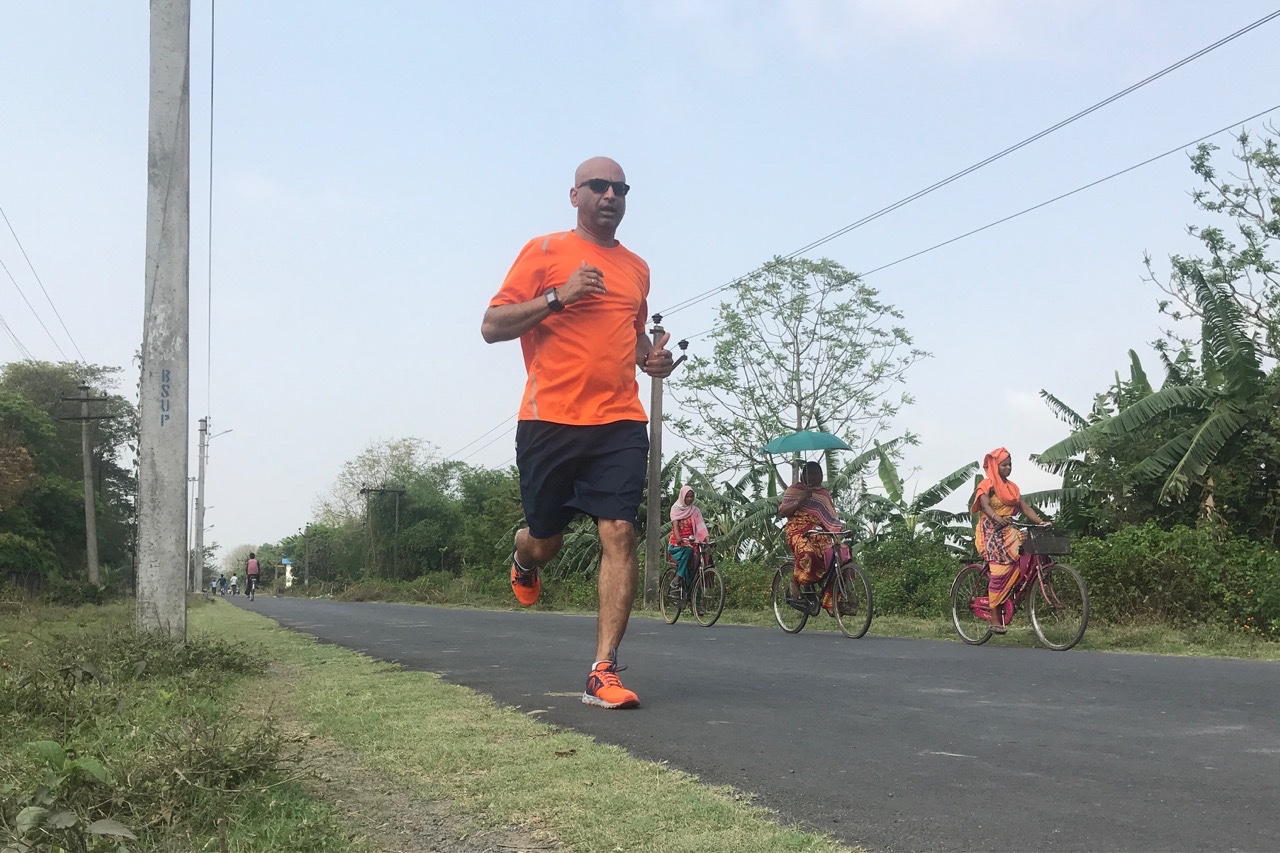