There is absolutely no wifi and virtually no phone connection in the areas we have been for the last couple of days. Between Roger, Sara and the driver, we have two different phone companies covered and everybody is checking ever so often if anybody has some connection. The best we get in certain areas is an Edge connection (very poor data connection). But enough to do WhatsApp.

Headed out about an hour back from our camp to go to the Hongor Sand Dune. It is about a three and a half hour rough ride on some really tough terrain. About an hour into bouncing along the hard surface, suddenly we heard the familiar “ding” sound on a couple of phones (notifying messages have been received).

Everybody yelled “There is connection”. I have no idea why at that spot we got some connection. We were surrounded by nothingness. Not even electric poles. And that had been the case for the last one hour. How did we manage to get connection in that area? Heaven knows!

We immediately pulled over (which is very easy since you do not have to watch out other traffic 🙂 ) and started checking out phones.

I am used to pit stops for bathroom and for food. Now I know that internet is the other basic necessity for which we need pit stops!!

It was in incredible experience watching four of us outside our vehicle pecking on our phones in the middle of nowhere! 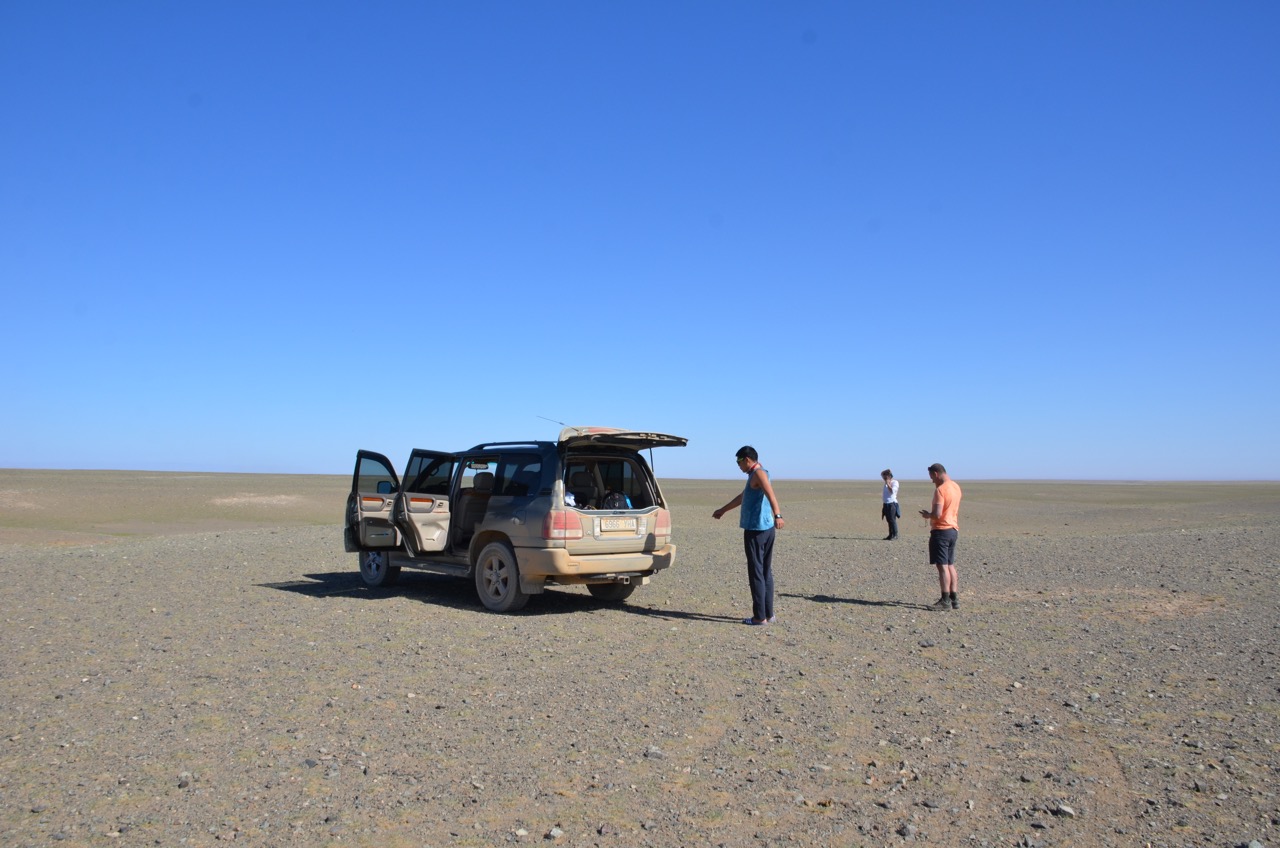