This is one of those mega intersections that has so many people and so many connections involved that I may not be able to keep everything on the up and up. It involves Atlanta, Durgapur, California, Illinois, Panang Malaysia, Dubai and of all places – Ubud (a small village in Bali).

Let’s start with the picture on the top as the initial point. That is Natasha and Nayanika. They became friends over a summer when they were doing a summer program at North Western in Evanston, Illinois. The day I had gone to pick her up to come back home, the university had arranged for a free things – including a lunch for the students and the parents. I found myself randomly sitting in a table with mostly young kids either crying or talking excitedly promising to keep in touch with each other. Also at the table was the gentleman second from one end in the lowest picture.

Not knowing anything better (and frankly not able to help myself), I struck up a conversation with him. Realized that he – Gaurav – is a very successful, entrepreneur in the Bay Area. So, those were three strikes against me – I am neither successful, nor an entrepreneur and certainly cannot afford to live in the Bay Area. But I persisted. And hit pay dirt!!! In a few minutes, we realized that we are married to classmates. His wife – Anupama – was Sharmila’s classmate in primary school. What’s more – his mother in law was Sharmila’s teacher for a year!

Natasha had mentioned that Nayanika and her parents would be in Nusa Dua too. Except that by the time we reached Nusa Dua, they had already left. (I chalk it up to higher level of intelligence 🙂 Must be the water in Bay Area 🙂 ). Not to give up easily, I found out that they were in Ubud and promised Natasha that one way or the other, I will make sure she got to see Nayanika.

After visiting a few villages, we landed up in Ubud for lunch. Where the Sharan family swung by!!! That marked the meeting of two classmates. In fact, two sets of them!! That explains the second picture from the top – Sharmila and Anupama.

“I do not recognize your face. I like your hairstyle though. I wonder why!! ”, I had to humbly admit to Amit – the gentleman in white shirt who had come with Anupama.
“I am Amit – Anupama’s brother”, he replied, laughing.
“Oh! I remember your name. You were one year junior to me in school”.

And we talked a lot about our school teachers. Then finally, I asked
“Where did you go to college?”
“RE College, Durgapur”
“Day scholar?”
“Yes”
“Which department?”
“Electronics”
“Hmmm… That is interesting”
“Why?”
“Do you know a Soumya Kanti Ghosh?”
Seeing him deep dig into his memory… I helped further – “You might remember him as Apu. He was a day scholar too”.
“Oh! Apu. Soumya. He was our class topper”
“Indeed!!”
“How do you know him?”
“Funny you should mention that. You see that lady?”, I asked him pointing to Sharmila.
“Sharmila?”
“She is his sister. He is my brother in law”.
“No way”
“Yes way”

Three Sharan families had come from Bay Area, California, Panang, Malaysia and Dubai, UAE. The Roys had come from Atlanta, Georgia. We had the opportunity to meet in Ubud, Bali, Indonesia. The whole thing happened because one Roy girl and one Sharan girl went to a program together in Evanston, Illinois. To realize that their mothers were classmates!! And so were their maternal uncles!!!

What is the chance of that? 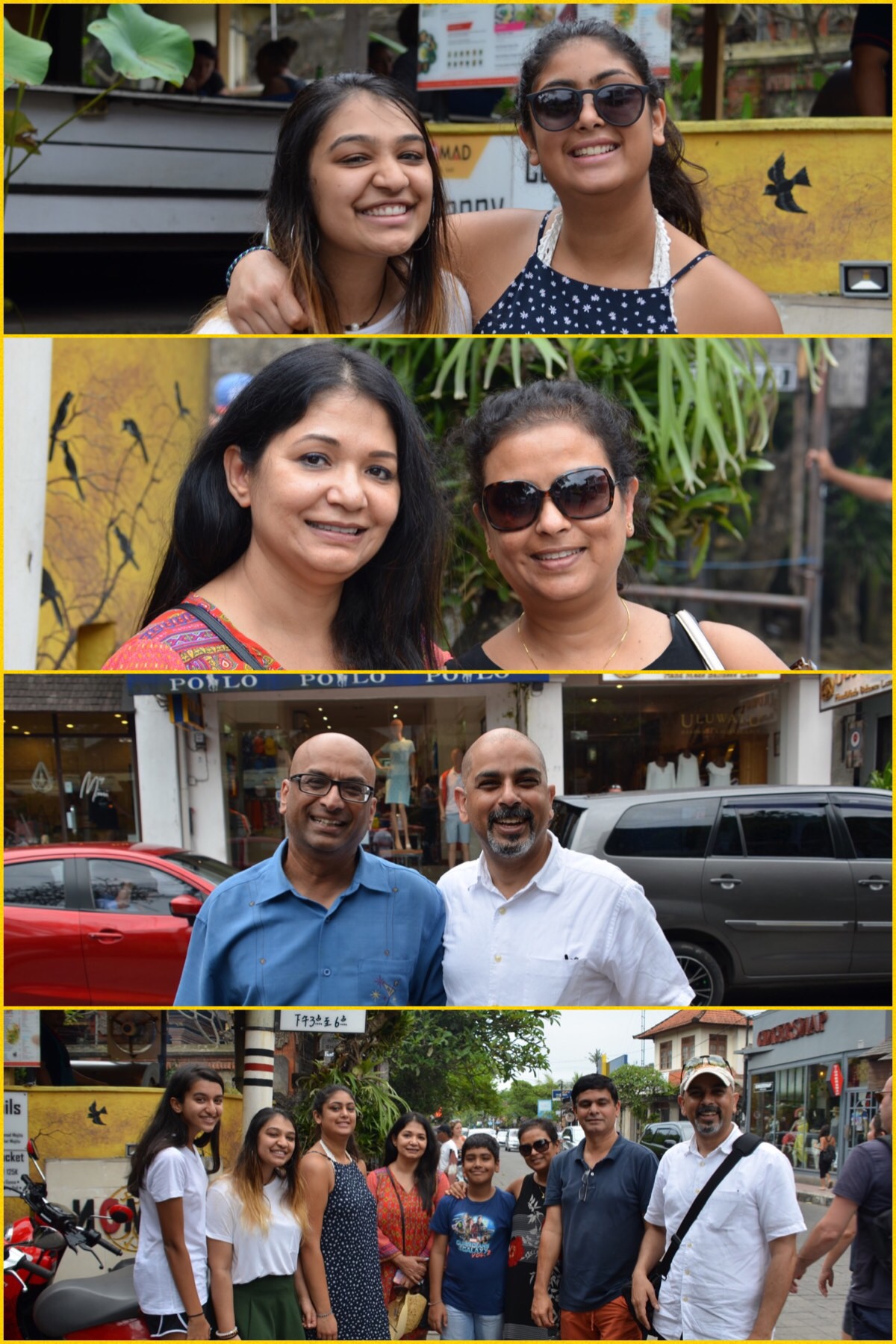