These goodbyes are not getting any easier….

Every three months for the last five years, we have gone thru the same routine. He would have sadness writ all over his face but mom would still brave a smile as they waved me good bye from the gate downstairs and I headed out to the airport to my family in Atlanta. As routine as it was, it never ceased to give me a lump in my throat. My brother (always the chauffeur) would keep quiet for 10 minutes and give me the space to get used to the moment.

Then my dad lost ability to move much. But he would come downstairs and sit in a chair way ahead of time and wait for me so as to not lose a chance to wave me goodbye. I would again choke up.

Next, he stopped coming down. (The last trip was that way to) He would simply lie in his bed and nod his head. Holding back tears was incredibly tough. I knew he wanted to come down but physically he could not. I used to squeeze his hand just to let him know that I understood.

Now, we are in the phase, where he has no idea that I already left. He got up for ten minutes in the morning, spoke to me incoherently and then went back to sleep. I took a lot of pictures of him. All of them look exactly the same. At the back of my mind, I am aware that this might well be the last time and I wanted to capture ever micro second if I could. Even if they are repeats.

First time ever, my mom is not smiling as she bade adieu all by herself.

A new era is dawning upon us… 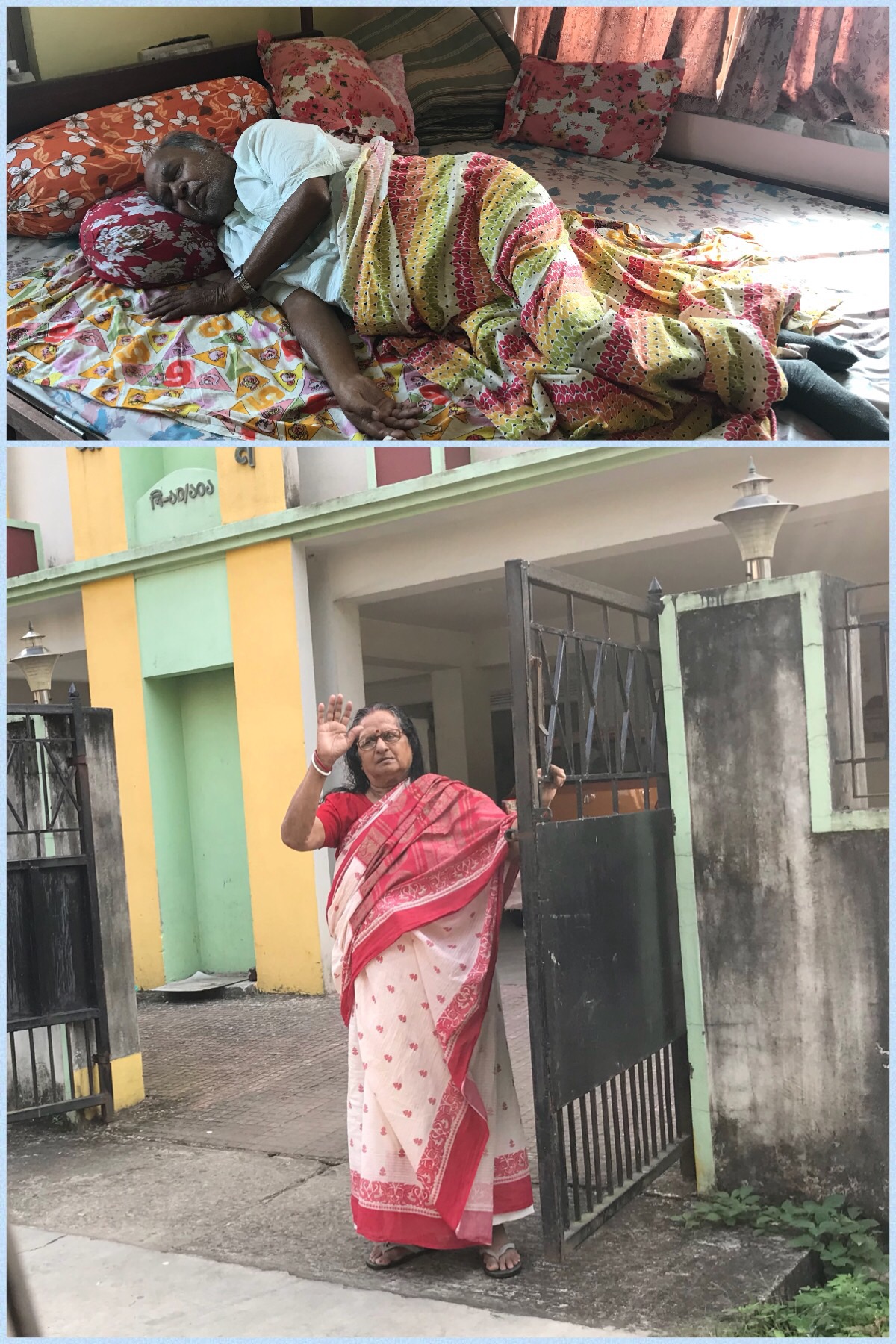