Circa: Jan, 1977.
I had just walked into a new school in my fifth grade. I knew nobody in my class. I had gone and sat down in class 5B – that is where my name had showed up in the long list in front of the headmaster’s room.

As the teacher settled down after our rather disunited “Good morning, miss”, one of the first question she asked was “Who is the first boy?”. Well, I was a “first boy” but from a different school. So, that did not count. Shounak raised his hand.

“Well, you will be the class monitor. You will report to me any misbehavior in our class and I will give that student a cigarette”.

The new school, new building, new uniform, new faces, new teacher was scary enough. I did not need a teacher giving out cigarettes. And what kind of school did my dad get me in to? Why would the teacher give a cigarette? And how is that even a penalty?

Much later I learnt that all of us were to get a “conduct” report card every other week that we had to get our parents to sign off on. And if we did not behave, we would be awarded a “C-grade”. Apparently, not a “cigarette”!!

That teacher was Miss Lakshmi Dutta. She was our math teacher in fifth grade. She taught chemistry when we were in higher grades. And then she left the school. In 1979!!

About four decades later, this year, I had discovered that she lived very close to my brother. My previous attempt to meet her was futile since she was unwell. I almost had the same bad luck this time. Today, she was unwell too and the only reason we did not have a longer meeting is that she had to go to the doctor. But we did meet! After almost four decades!!

You would think that by now, I should be used to meeting my home room teachers after decades. Nothing could be further from the truth. Meeting Miss Dutta was as exhilarating as it could be.

Anybody who was her teacher would probably remember her for a few things – she giving a lot of students some unique names – “Kaan Khaara”, “Morobba” (for most of them those names have stuck for a life time) – and those trips to the chemistry lab where she would make the fire in the bunsen burner turn into different colors …

Today, I got to know about her original birthplace, her life journey, her granddad, her dad, her own schooling, her siblings, her selfless support for her dad and mom during their last years in life…

This meeting was no less humbling than that first day I had met her in 1977!! I hope to see her a few more times since she is so close to where my brother lives… 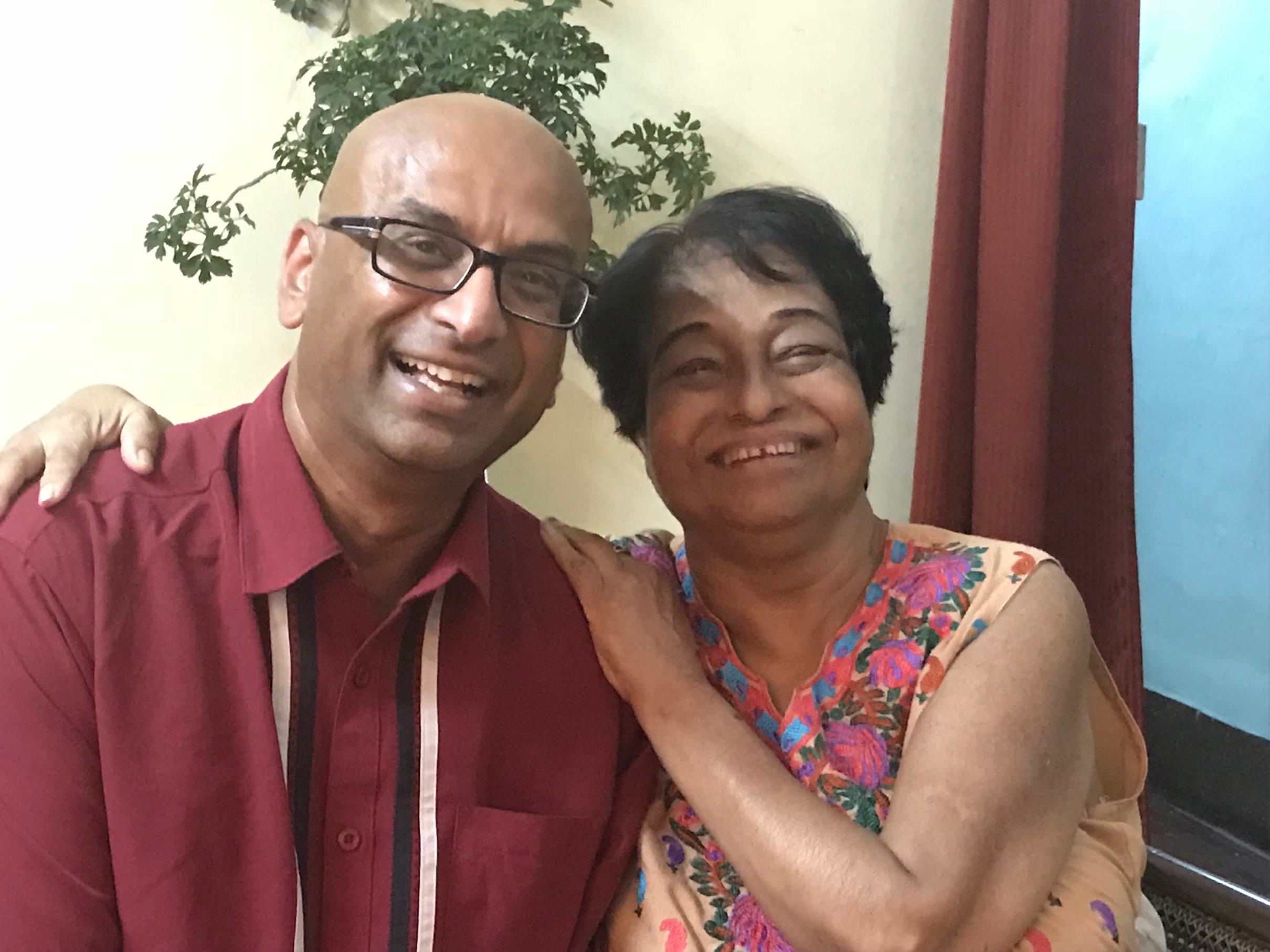