Jet lag had gotten the better of me. Plus I had had no sleep last night because of my flight times. Thus, I had inevitably gone off to sleep after lunch having spent some more time with my dad and the nephews.

When I woke up, daylight had started fading. Walked over to dad’s room and saw that he was surrounded by the domestic helps and my mom. I asked him if he would like to go out. He promptly shook his head signaling he had no interest.

Well, a good guess would have been that I would have left matters there. But, we are talking about me here. A few minutes later, I had put him in his wheelchair and in about another minute, I was out pushing him in the streets. Behind me were my brother and my nephews.

First, he kept on admiring the lights. If I had not mentioned before, it was Diwali day. Every house was decorated with colorful lights. Dad just kept saying how beautiful those lights were. What he did not realize was that there was a particular place I was taking him to.

Before long, we had reached the spot where he used to get together with a few other old people when he was stronger and had the ability to walk. I placed him in that off-the-street-corner location and we all stood around him and started chatting.

And then a funny thing happened. An innocuous looking old man who was peacefully shuffling along suddenly looked at my dad and with clear surprise in his voice, yelled – “Roy-babu?” Once he realized that it was my dad, he sat down there too.

And then came along another old gentleman. Slowly there was a small get together of the old folks that started forming there. At one point (you will see my nephew holding a phone to my dad’s ear, one of those elderly person called up another of their old friends and had him talk to my dad!

At that point, my brother mentioned something. It is then that I realized that my father was saying multiple words together. So far, he had been mostly grunting one or at best two words and then everything else would be a slur.

As I tried to follow what they were talking about. I realized that I was still not following dad’s words much!! Actually, I was not following very well the other gentlemen’s words either. Turns out all of them had had brain strokes or heart strokes before (even multiple). All of them have difficulty in speech. But among them, they were chatting along – seemingly effortlessly!

In all this confusion, my sister and niece showed up with some tasty fritters from a street side vendor. We all had some nice snacks standing there and chatting idly.

Eventually, we all left and I took my dad to a few more streets to see the bright lights before going back home. 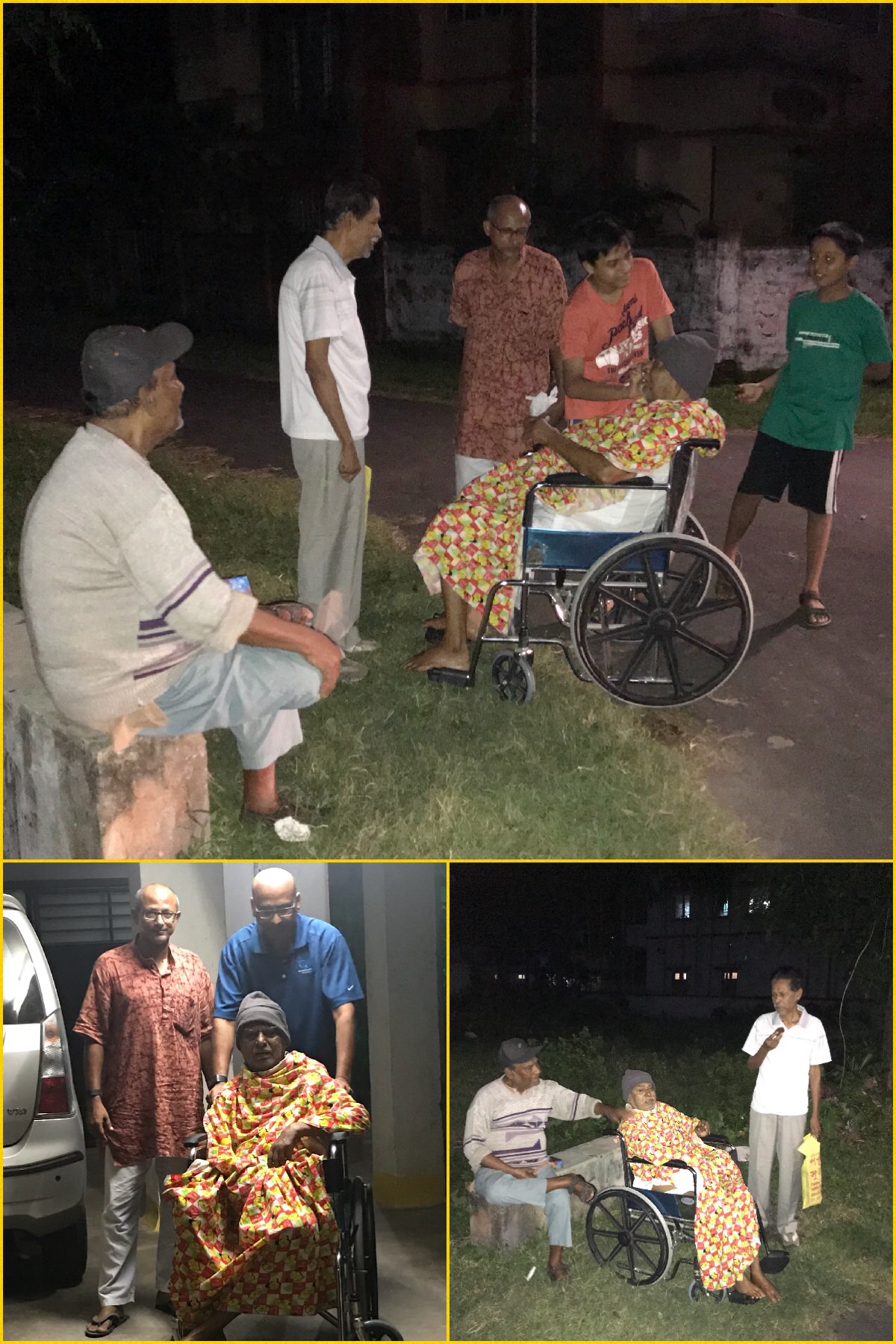