It was going to be a long drive from San Diego to Long Beach, CA.  A two hour drive is not normally long – but then you have to adjust for another twelve hours because of a parking lot in southern California fondly referred to as Highway 405 🙂

I knew what was going to delay me further. I cannot drive up the coast without taking breaks to take in the beauty of the ocean. And knowing me, if I could find myself a strip of land along the ocean, I was going to put in a run.

When I left the parking lot in San Diego, Anand was kind enough to hold my car back as I ran to a hotel restroom to change into running clothes. And then dropped him at the airport and started the long drive.

Barely half an hour later, GPS let me know that there was an accident in front of me and traffic was backing up. That was all the excuse I really needed. Exited the highway and headed west and soon came upon Solana Beach.

Beautiful (albeit cloudy) views from the top of 100 feet sharp cliffs. And there was enough space between the railway track that ran along the cliffs and the edge of the cliff to squeeze in a 5K run!! 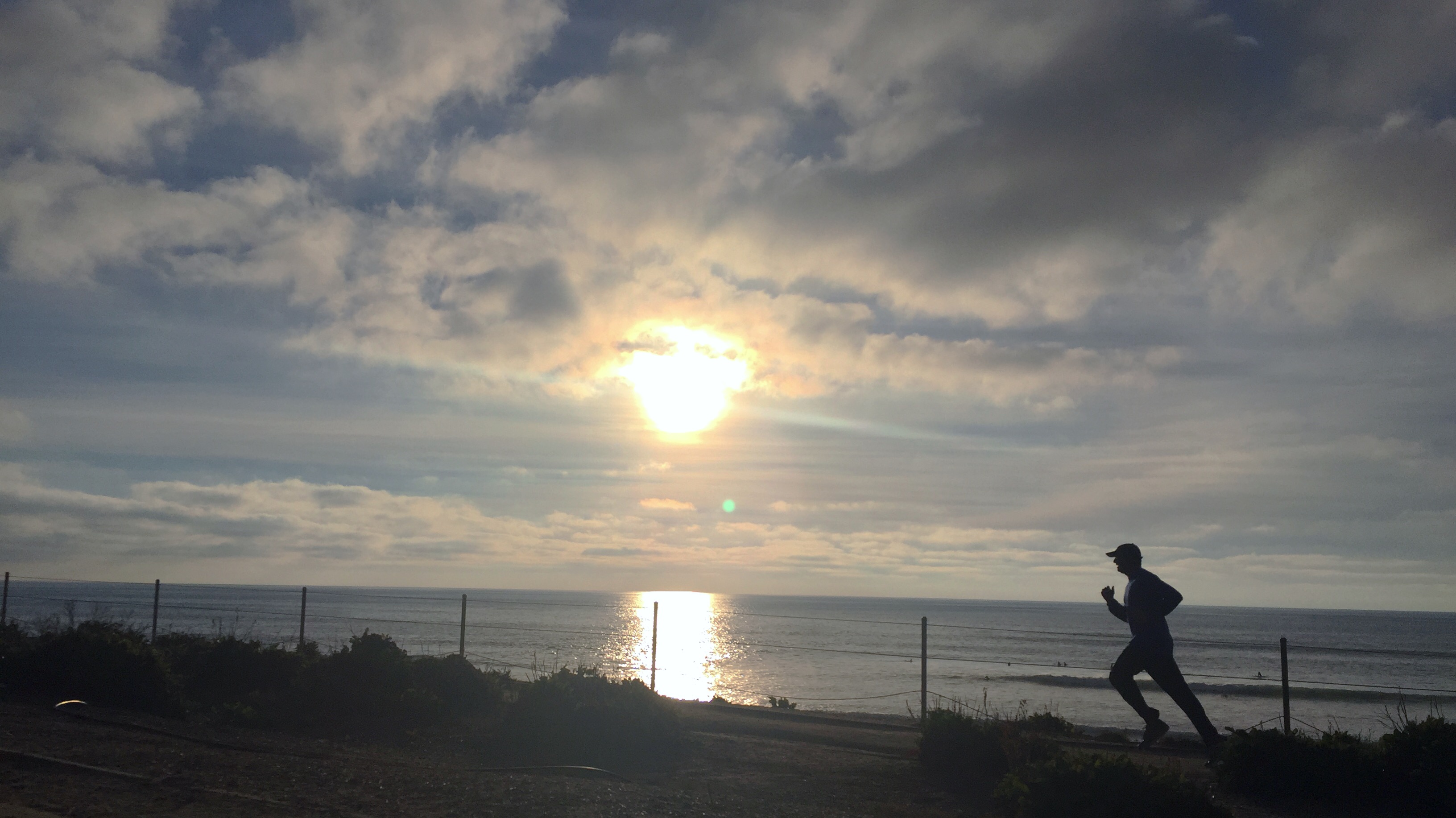