Recently, our friend in Dallas – Rini – had asked Sharmila to try out Ransom Gin. I was not sure whether she meant the Dry Gin or Old Tom Gin but since I had never had a Old Tom Gin before, I went with it. A quick reminder that an Old Tom gin is actually aged in a barrel and therefore has less effect of botanicals like a modern day standard gin. So, along with the botanicals, you will get the distinct flavor and aroma of the wood. Also, instead of a clear liquid like most gins, it will have a distinct brownish tinge to it. Old Toms are somewhat in between Genever – the predecessor of modern day gin and of course, modern day gin.

Tom Gins are a relatively new phenomenon in America (less than ten years). This particular one, Ransom, is made in Sheridian, Oregon – almost half way between our company’s two offices in Portland and Corvallis. Barley and corn based, this gin has the following botanicals added: the staple of all gins – juniper and angelica root, as well as peels of orange and lemon, seeds of coriander and pods of cardamom.

I went with the rocks and the aromas were unbelievably rich. If you let it sit for a few minutes, you can smell the soft fragrance of the wood immediately followed right under it by the junipers. Much later I could sense the citrusy peels. It clearly had the length of most barrel aged alcohols like whiskey.

Sharmila tried with some tonic water and it was not a good result. I guess tonic water does not sit too well with barrel aged spirits.

Try it some time. Or just come over!! 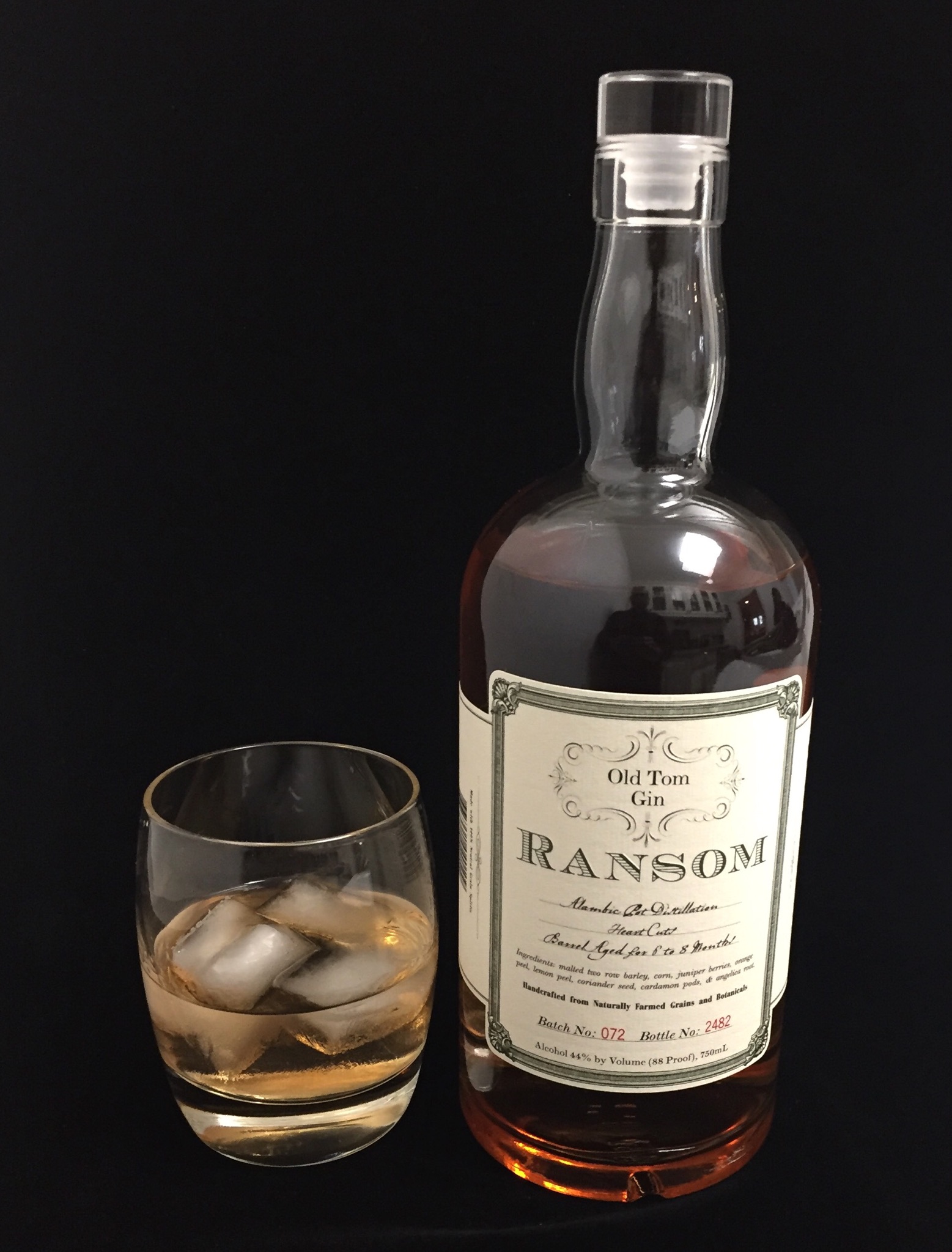