One more of those treks to India to go check on the aging parents!! This time I have something I am incredibly excited about. To understand my excitement, I have to take you back nearly two years. After decades of gently prodding and poking my dad, he finally overcame all his mental blocks to go visit the place of his birth (nearly seven decades after he left).

Ever since, every time I had seen him – and that is three to four times a year – I kept pressing him to come out of home and spend a few days in a resort with all the family around him. It would be a change of place and would absolutely alleviate a lot of tension my mom goes thru (this is part of the psychiatric challenge she is a patient of) when we all come to see him.

He has steadfastly refused to budge from home. Last December, we had to cancel ten flight tickets and hotel arrangements because he declined to leave home at the last moment. You might remember that I did a makeshift trip for a couple of days since the niece and nephews argued successfully that the outing was not just for my dad.

This whole year, I have been again trying to warm him up. With absolutely no success, whatsoever. In fact, when Sharmila visited him earlier this month, he sent a special message thru her to ask me not to request him any more.

Around that time, I remembered meeting Samaresh’s dad six months back. If you go back to that story, he was the gentleman – hard of hearing – who sat in the bed quietly when I went to meet him. And then suddenly, when I mentioned his granddaughter, he came to life and grabbed an album and started explaining the pictures of his granddaughters to me.

Not above machinations, I placed some well placed calls to my niece after Sharmila left my dad’s home. Essentially to badger by dad. Not sure what happened but I got a WhatsApp message from my sister one day asking me to call my niece. My niece, very excitedly, reported that my dad had apparently said “Accha, ektu chinta kortey de.”. Which means, let me think about it.

That was the opening I needed. Next calls were to the nephews. They are absolutely my blind followers. As instructed, they promptly called their granddad – one by one – making a case that they can go on a vacation only if my dad agreed to join in too. Later I found out that my elder nephew had totally taken a few more Machiavellian cards from his uncle’s (that would be me) book and even suggested that it is not fair that he does not get to see my dad more often.

With the entire confusion of the whole kitchen sink thrown at him, my dad relented. A week back, there were total festivities going on in Kalyani. My mom was super excited that we will go out (she likes going out but cannot because of my dad). My sister and brother in law were jumping with joy. And the nephews and niece of course could not strut around any more proud even if they had wanted to.

My brother – the most street smart person in our family – promptly booked a resort outside Kolkata for a few days. But when I asked him why did he reserve starting the day I land – in fact, I am supposed to go straight to the resort from the airport – he had an impeccable logic. Scarred by dad’s last minute change of mind last time, he wanted to make sure that dad does not get to see me at his home first. Lest he goes “Well, now I have seen you. I do not need to go out. You guys go ahead and enjoy your time”.

That was pretty smart of him, I say.

For the last five days, during my daily call to mom, I was perennially afraid that she would start by saying “Dad does not want to go…”. Till this morning it has not happened. I am really really hoping he does not change his mind while I am in the air. At this point, having thrown the grandkids at him, I have no other trump cards left!!

Wish me luck that he won’t change his mind. I do not know if he will ever get out of home after this again. But what a great sight it would be to see my parents surrounded by their three children and their families. Those are some pictures I want to show my niece’s and nephews’ kids some day a few decades from now…

As of now though, 3 flights, 24 hours of flying time, 2 layovers totaling 13 hours and 3 hours of car drive separate me from seeing that sight… 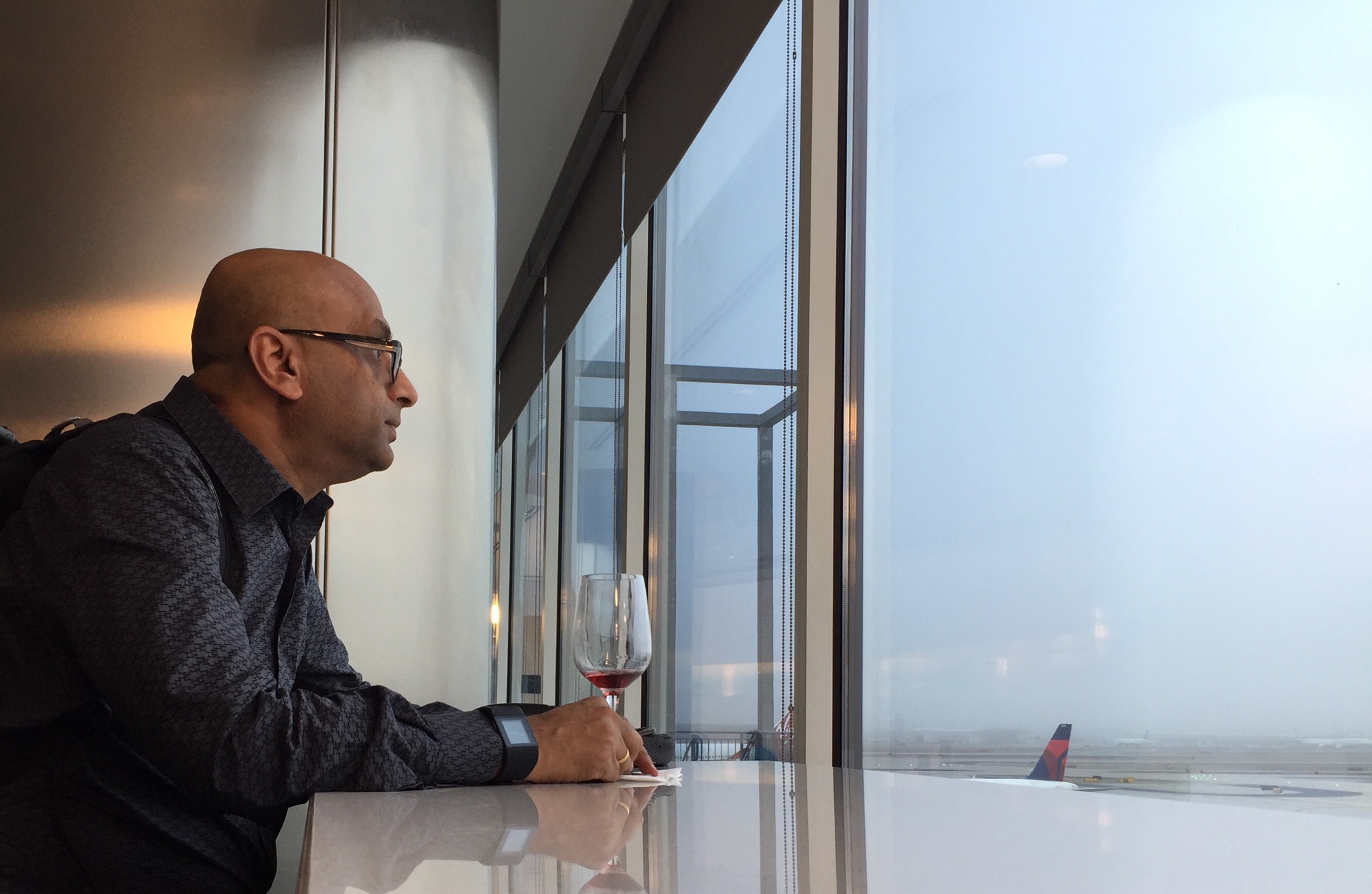