From the bartender’s corner – Tom Collins

This summer drink has an interesting story behind its name. Legend has it that in the 1870s, there was a hoax that spread around where at bars in New York and Pennsylvania, a bar guest would incense up the next guest who was undoubtedly drunk by informing him of a Tom Collins who was speaking ill and making false accusation about the guest in a nearby place (often bar). As the agitated guest would leave (purportedly to take revenge in that drunken state), the original guest would have a laugh – and probably even finish off the drink. This is usually documented as the “Tom Collins Hoax of 1874”.

The real origin of the drink is not fully established with some claiming it came from Ireland in the late 1700s while some others pointing out the confusion with another drink called John Collins that existed before Tom Collins.

In any case, in the late 1800s and early 1900s, Tom Collins did become very popular and then as quickly lost its popularity. While not very popular in US today, most of Tom Collins is still consumed in the North East.

Tom Collins comprises of gin (I used Hendricks here), lemon juice, granulated sugar and soda water. Different literature suggest different garnishes. All suggest a red cherry. Additionally some suggest an orange peel. I think a lemon slice or lemon twist (The 1986 version of Book of Cocktails agrees with me) would go better with the lemony taste in the drink. It is always served in a Collins glass. 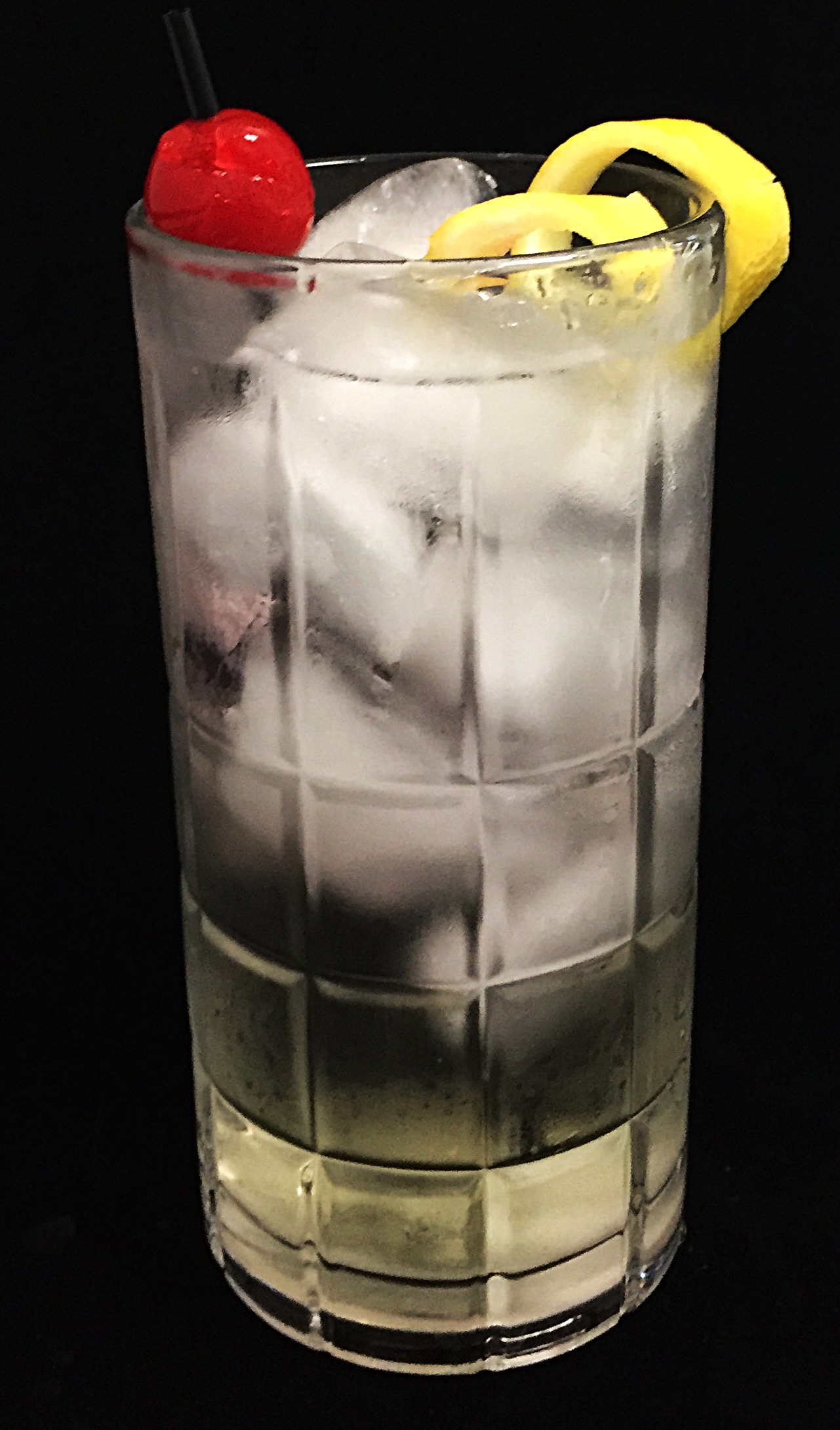 Posted May 7, 2016 by Rajib Roy in category "Cocktails