What was that plane doing in Atlanta airport?

Yesterday, our plane started rolling off the blast pad end of the live runway and from a distance I could see a plane that looked different from the other normal colors I see on a plane. As our plane speeded up past the maintenance facility of Delta, I could see this plane parked there far better.

That was obviously not a commercial plane. The tail number 80001 told a story right there. A commercial plane registered in the USA would have started with the letter N. Therefore that belonged to the military. Even within the military, that was an unique number. Most military planes start with two letters standing for their home base. Only exception would be the Air Mobility Command of the US Air Force.

For the AMC, tail number starting with “8” would mean this was delivered in 1998 for the military. And this was the first plane delivered that year. This plane is most surely used to transport VVIPs (or be backup). [Another interesting side note – for the longest time I wanted to know where do they put the “tail” number in a B-2 stealth bomber – it looks like a bat and does not have a tail like in conventional airplanes. A pilot from our office recently showed me that it is actually in the front near the nose]

So, back to the question – why was that plane sitting in Atlanta airport in front of Delta maintenance hangar? 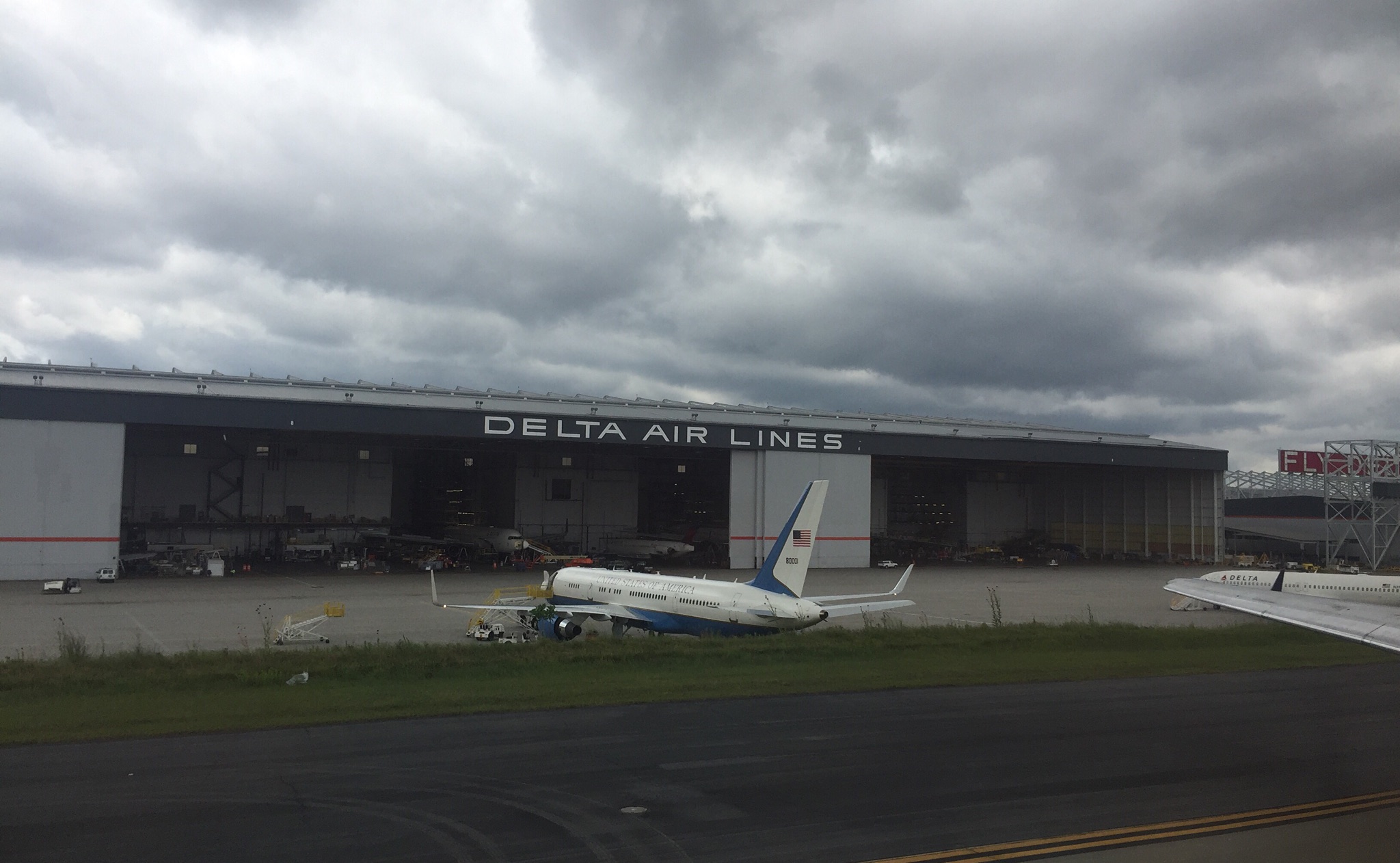 Posted May 5, 2016 by Rajib Roy in category "Travelogs