The trail was virtually empty but very beautiful early in the morning with the overnight rain. I was enjoying the run taking in the sight of fresh green colored new leaves and the occasional red cardinals and blue jays darting thru the trail when I thought I spotted two known beasts on the other end of the trail. As they started approaching me very fast, I had no difficulty guessing that two svelte guys with short shorts and no shirt on and overgrown lock of hair running very fast could mean only one thing – Dan and Greg were on the trail too. I later found out that they were doing 800m splits – which means they absolutely had their beast mode on.

As we got closer, they recognized me too (apparently a wet running shirt camouflages me no better than a dry running shirt :-)). Not wanting to break our rhythm, we did not stop but did start yelling at each other to greet and check on each other as long as we could be heard. I also raised my left hand to hand slap them as they passed me.

Now, let me remind you again – they had their beast mode on. They were clipping at no slower than 5 min/mile probably at that point of time. I was plodding on with my 10 min/mile. So, we basically handslapped each other – as the harmonic-meanly-inclined would point out – at a resultant speed of 3min 20 sec per mile. Had I not had a last minute flashback of old Resnick Halliday chapters on conservation of momentum (being of heavier mass, I had that part going in my favor :-)) and center of gravity and therefore leaned forward on my left foot, I am sure I would have pirouetted there on my right foot in a way that would have made a pro ballerina proud. Might have even drilled a hole in the trail wood softened by the overnight rain 🙂

It was a great run. The trail was beautiful. Running into Dan and Greg was priceless.

[On my return leg, I did see them again and stopped them to pick up some tips on treating the sore IT Band] 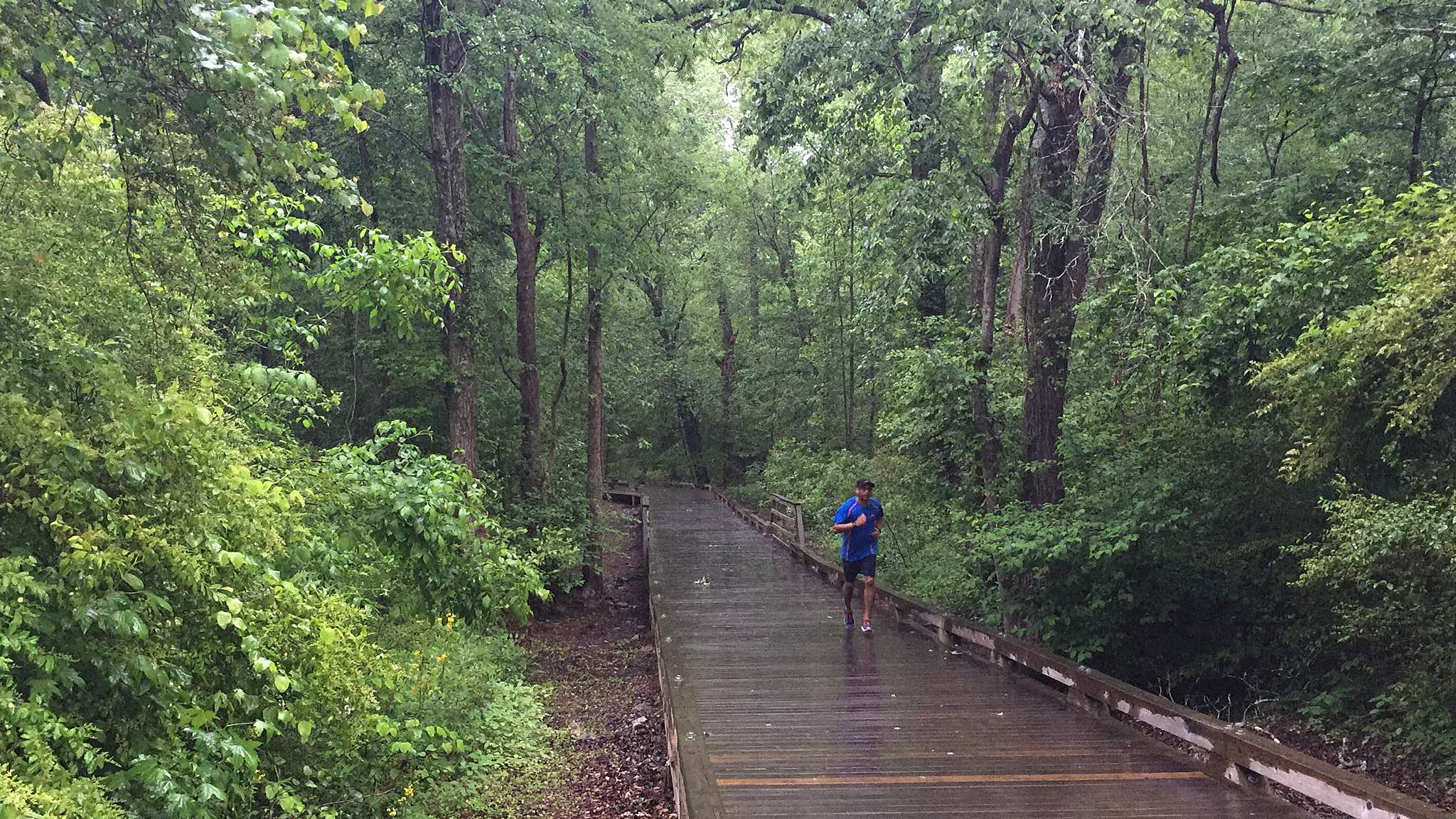