You know you are having way too much fun…

Last week, I was in Portland for work. I took that opportunity to meet a very old runner friend – and by that I do not mean she is old – just that we have not run together for a long time. We used to run together in Atlanta almost ten years back. She moved to Salt Lake City and then to Portland.

I had seen from her FB friends that her parents had moved in with her and I asked her if all of us could go out for dinner together. She was – at that moment, at least – delighted by the idea. She then prepped me heavily – I was not to bring up the topic of when was she going to get married and settle down (she is unhitched still and they are Indian parents – you do the math) and I was not to talk about why Portland has a very rainy weather (her parents apparently would rather be in San Francisco where her brother is) and so on…

You know why I was grinning from ear to ear in the picture. Because I totally threw Reno (I forgot to mention her name – Ranjit alias Reno) under the bus in front of her parents. Apparently asking very seriously, “So, what are you thinking of around getting married?”, was all I needed to get her parents to instantaneously like me. And getting threats of bodily harm from Reno muttering under her breath.

The rest of the evening was awesome (from my perspective). Whenever I did not have anything else to say, I would go back to her finding a husband and her parents would jump in with total rejuvenation. Now, apparently, I am working on a June 30 deadline to find her a husband 🙂

In between those friendly ribbings though I got to know of Uncle’s very modest beginnings. Left India in 1967 and joined as a daily labor in Chicago. Carried on throughout his life as a blue collar worker. I was amazed at some of the sacrifices he and Auntie made throughout their lives to raise two great kids. HE talked about how some of his close friends came at the same time and rose thru the ranks of management but he stuck to the job he loved – although, financially, it was probably not the best choice. I was absolutely touched by his story and dedication to work.

It was almost a continuation of my spree of meeting parents in India a few weeks back. Of course, it is always great to see Reno. Although I am not sure she will be agreeing to see me next time, unless I drag in a potential suitor along with me 🙂 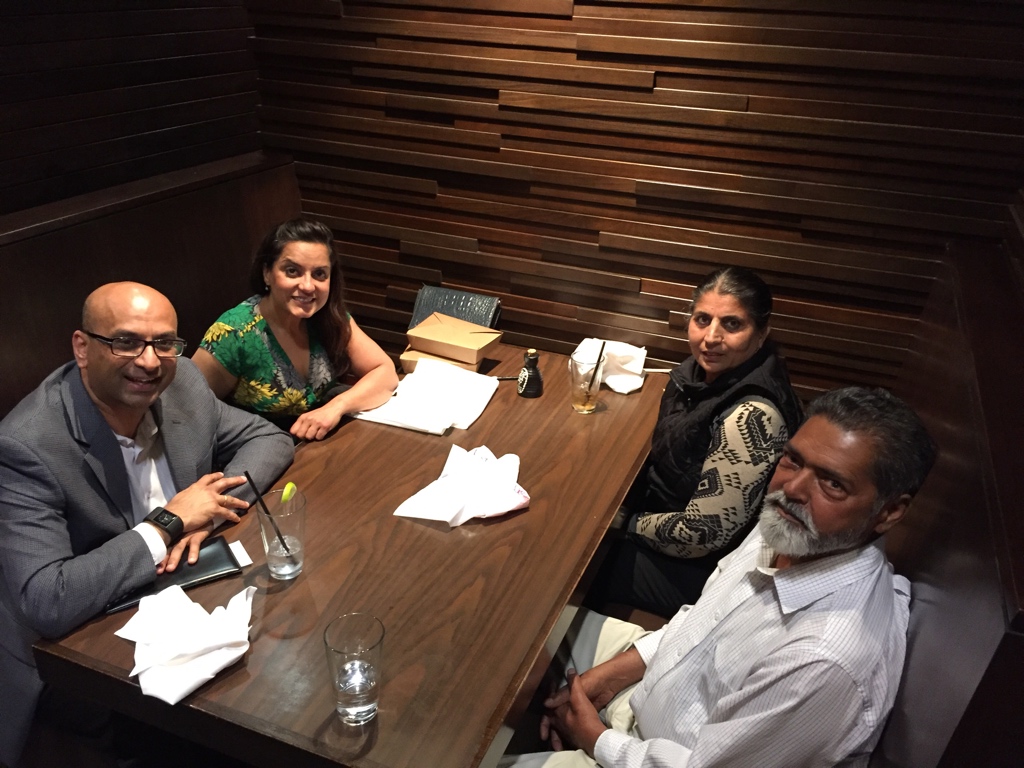