We had finished our hikes and were on the street hoping to get a drink and then dinner. But our youngest member Gublu wanted to eat some candy. And I promised him I would get him some. Which, in of itself, should have been a breeze if not for all the stores closing early in the evening in the sleepy town of Coeur d’Alene. However, Gublu and I marched on hoping to find a candy shop. And I am glad we did.

We eventually came to a store called Shenanigans which could have as well been named Kids’ Heavenland. They had all sorts of candy and icecream. All the adults and kids sat down. We bought a lot of candy and then we all had icecream. As the group huddled to enjoy their icecream, I peeled off to make friends with the young guy and girl at the counter.

Found out that Mallary and Sean were both from around the area and each had some really interesting life story. Unfortunately, I do not have Sean’s picture here since my iPhone crashed that night and I lost all local data. The picture you see here is the next day when all of us had breakfast at the same place where Mallary made some lovely crepes.

The most interesting story about Mallary was when I asked her if she was from the area. Turns out she was but she was moving to Alabama. My first question was how do you go from the picturesque North West Idaho to the other end of the country in Alabama? Found out she got married recently.

Which led to the next question – How did you meet a guy from Alabama in Idaho? It appeared that they actually met while vacationing in Florida. Not exactly while vacationing so much as in the plane. When, well not so much in the plane as waiting for the plane!! Apparently, they were sitting there waiting for their plane and they started a conversation which led to being Facebook friends which eventually led them to get closer as friends and eventually got married!! [It did make me think twice before sending her a FB invite myself – but I did it nonetheless 🙂 ]. I sure hope that she will open a crepe store in Alabama. They were delicious!!

Unfortunately, that day Sean was not there, because as luck would have it, the previous day was his last day in the store. From whatever I could gather from him the previous day, he is going to a local college (NIC). Loves languages, communication etc. As is my wont, I asked him what would he want to be when he grew up.

Sean was ready with the answer. He wants to start a company to produce movies and TV serials. Seems like he already has a couple of friends who is collaborating with him. They have their storyline written up already. I got an insider’s view from Sean about how the local geography in Coeur d’Alene and Spokane is perfect for most of the scenes they need to capture. 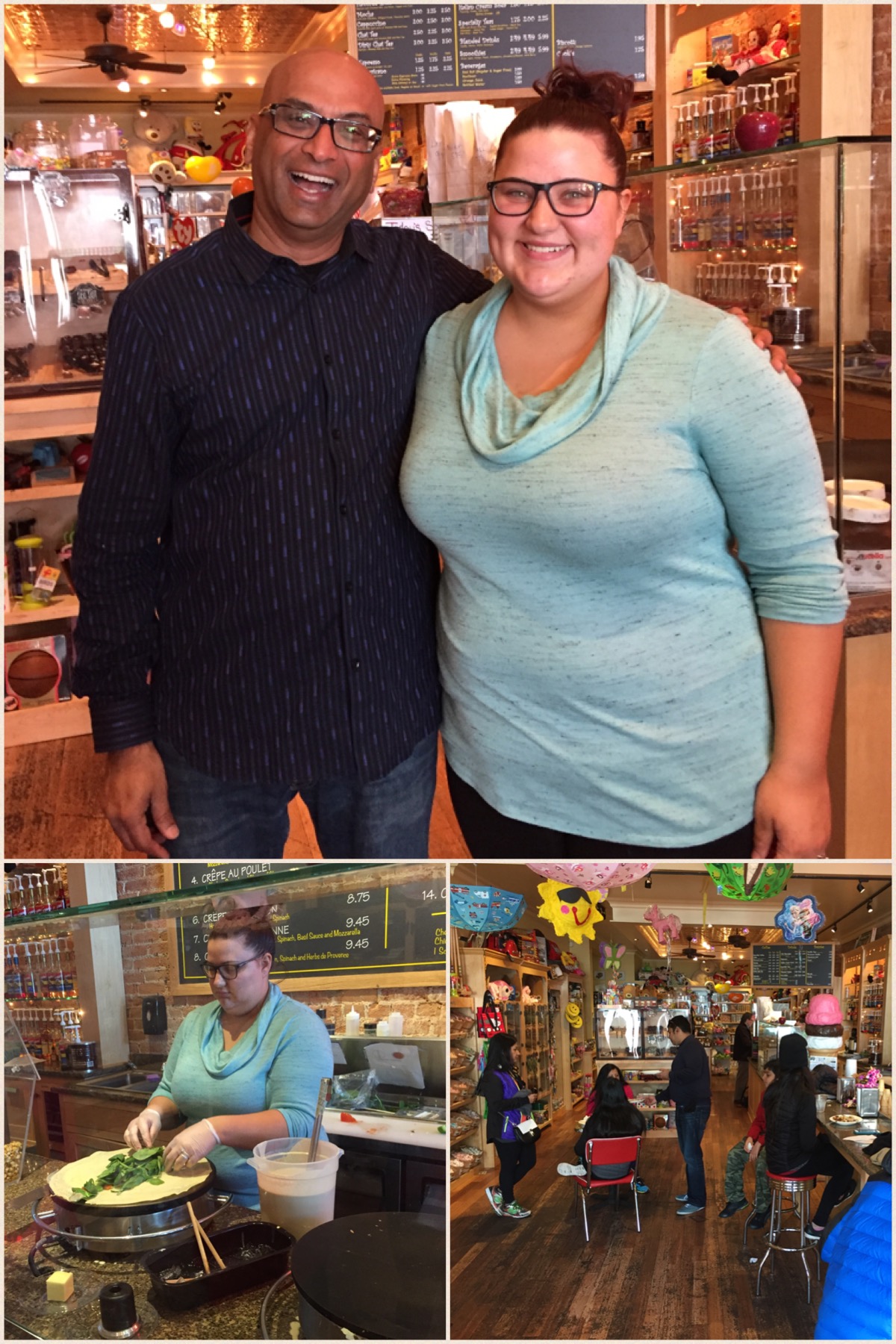