One more of those near impossible shots

The picture is not very clear. But if you observe closely, it would appear that I was on a five lane highway. Which I was. I-285 East bound. But then you realize that it appears that I am headed the wrong way on the highway. You can see the concrete medians and on the other side you can see some traffic and road signs. And on my side, the trucks and cars were headed against me! And indeed I was driving the wrong way on I-285 East bound.

It did not start that way. I was busy cruising on the highway to office after a breakfast meeting. (driving in the right direction, needless to say; although I am not above driving the other way once I spot my office 🙂 ). Suddenly all traffic came to a stop. And I could see a cop car coming our way from the front with all lights and honks blaring.

After stopping in front us (and blocking us off) two cops got out and were busy talking on their communication system. I was the second car in the lineup in my lane but I could not see what was happening in the front. I figured some road accident must have occurred and in a few minutes, they would move the cars and anybody hurt to the side of the road and we would be good to go.

After ten minutes, we still had not moved. However, the cops came to each car and informed as that an aircraft had crashed ahead. I assumed it was a small passenger plane taking off or landing in PDK. I asked him what our options were at that point of time. He let me know that they are getting reinforcements to help up back out till the previous exit and get off the highway.

Indeed, in five minutes, I could see in my rearview mirror that the cars and trucks were starting to slowly go back out in their lanes. However, soon, it was absolute mayhem. Clearly, while a lot of drivers know how to drive forward in a lane, they have no idea how to go in reverse in their lanes. There was an old lady who was totally confused. And an Asian lady tried to back her big van into the next lane and blocked two lanes in the process. Of course, there were others, who seemed to have lost the fact that a few more minutes was not going to make them any more late to wherever they were going than they already were, started honking impatiently.

Like stress brings the worst out of some people, it sometimes brings the best out of some people. A couple of truck drivers realizing that the cops were outnumbered, got down and started directing traffic. In the confusion, another driver and myself got down too and lent them a hand. In particular, that Asian lady – I got her to get down, turned her van around and gave it back to her. Finally, a truck driver came and told me “Now, it is your turn”.

And that’s how, I whizzed past all the trucks driving down the wrong way till I reached the previous exit. 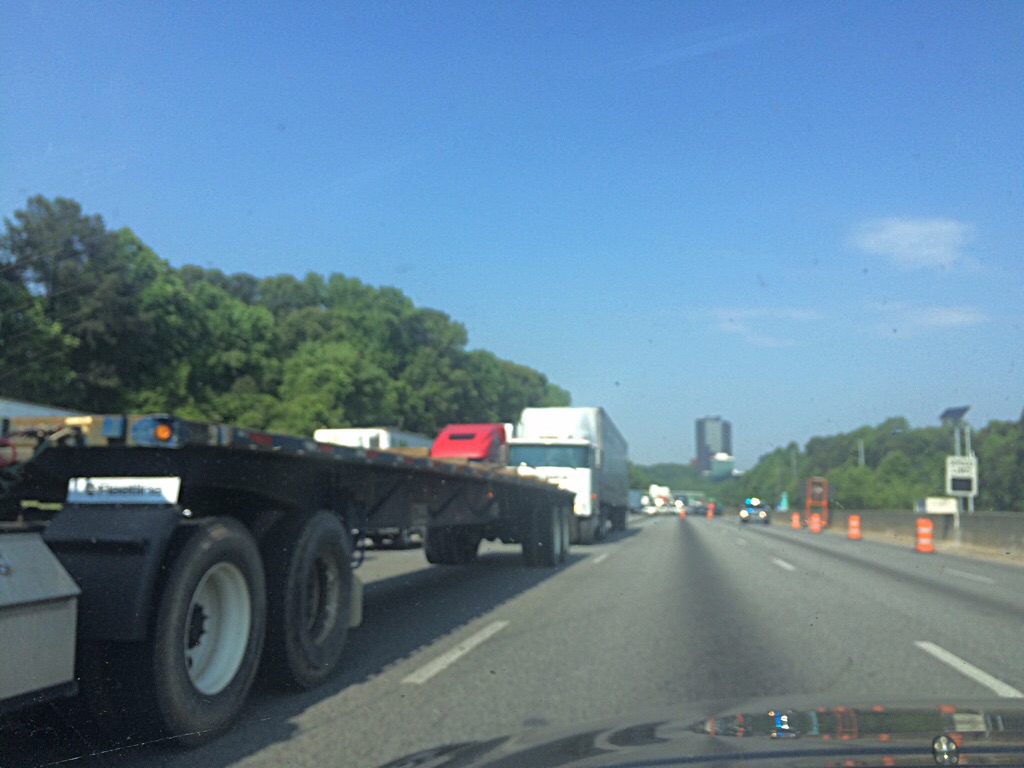 Posted May 8, 2015 by Rajib Roy in category "Travelogs