Every time I come to see my dad, I try to see if I can make some time to visit one more of my mom’s siblings (she has quite a few). Usually, all I have is some vague names of the villages and nearby localities, my GPS map on iPhone and a few phone numbers. So far, that has been enough to track down relatives that I had not seen for a long time.

This time, I ventured out to find my mom’s eldest sister. It was a relatively easy search since my brother had a pretty good idea where they lived. As I walked into their house in a small place 60 km off Kolkata, completely unannounced, they had absolutely no idea how to react to a shaved head, shorts-wearing, sunglass wielding middle aged man barging into their home 🙂

I am really really glad I went there though. I would have missed out on a great conversation with my uncle (my mom’s sister’s husband – you can see him in the picture). 84 years of age, he is an absolute antithesis to my 75 year old dad (who is suffering physically and emotionally has lost all urge to live). The gentleman sat straight, had no visible fat and was free from any issues like sugar, pressure, arthritis, cholesterol … you name it.

And mentally? As I struggled to remember (and I am someone who remembers past events vividly) when had I met him last, he let me know that it was in May 1987 when he had shown up at our house with the wedding invitation for his only son and I happened to be visiting home from my college that day. Wow! That was 27 years back and he could recall conversations from that day with no effort.

I was obviously curious about how he has managed to keep himself this sharp at this age – which is an absolute rarity in India – certainly non-existent in my family. So, I asked him what are the three things (yeah! me and my three things) he would ask me to focus on at this age to stay healthy and happy. His thoughtful advice – after mulling it over for a few minutes:

1. Try doing physical exercise and yoga everyday. He does not take any medicine – allopathy, homeopathy, ayurvedic whatever – other than in extreme cases. Instead he does Yoga everyday for sustained periods of time to keep his body healthy.

2. Control the amount of food you intake. He does not believe that there any kinds of food to be avoided and any kinds of food to focus on. He despises the marketing fads. He believes the human body is too complex to be described in a few rules of logic. It can deal with a ton load of variations as long as it is not overstressed. So, the only thing he avoids is eating too much. At this age, he eats every kind of food offered – he just consciously controls the amount.

3. Never lose control of time: At this point, my aunt was rolling her eyes. Evidently, he has a reputation of being a strict disciplinarian of time. He gets up at the same time, spends time consciously during the day on as many different variety of activities he can and then eats and sleeps at the same time. He hates people who are habitually late. Did I mention my aunt was rolling her eyes 🙂

Although I had asked him for three, he threw in one free – “Visit as many new places as you can”. He took me thru a few albums of pictures from amazing number of places he has visited – I did not know about 90% of those places. He said he did not either till he reached there in most of the cases!!!

I was totally inspired by him. If I can be of his constitution and mental faculty when I am 84, I will be ahead of the game.

Coming out, I made a mental note to spend a little more time with him in my future visits…. 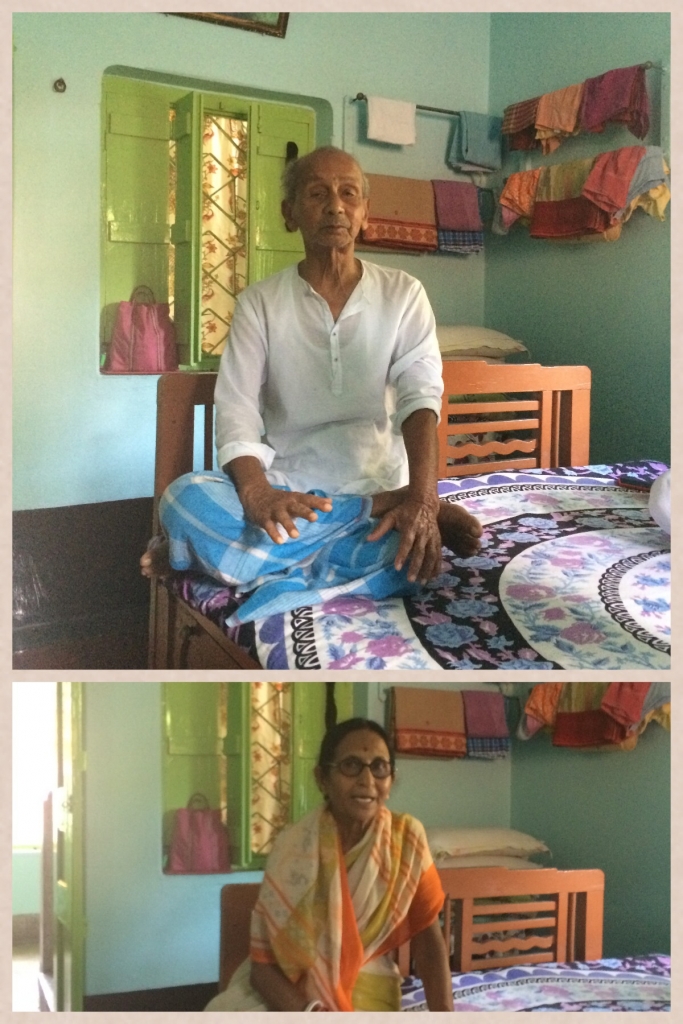