This is one of those “shunting” puzzles. As you can see in my somewhat clumsy diagram, there is a railway track that goes indefinitely to the right. On the left, it splits into a “Y”, both ends of which merge into a finite straight railway track. There is a coach “A” sitting on one arm of the Y and another coach “B” sitting on the other arm. Both the coaches are 5 yards each.

Like every engine, E can go forwards or backwards and can pull or push the coaches. Any coach and engine can be attached to each other.

Here is the puzzle: Can you interchange the position of coach A and coach B? You have to get engine E back to its original position when you are done. 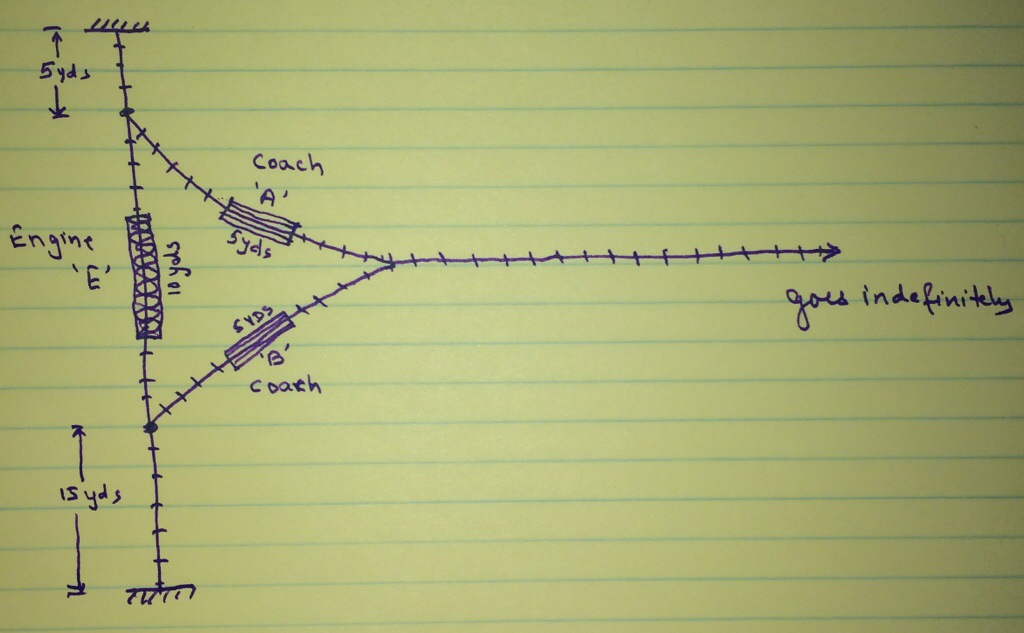