Answer for the square puzzle

To get to the answer, first let’s visualize the quadrants a little differently. Draw a line (the red dotted ones here in the picture) from the point in the square to each of the vertices. So, the four quadrilaterals have been now divided into eight triangles. Here comes a twist – instead of thinking about the two triangles in any quadrilateral, think about any triangle and the other adjacent one from it. (other than the one in its own quadrilateral).

Take the other two quadrilaterals. You will notice that they also add up to one green + one blue + one yellow + one purple. Which means the unknown quadrilateral has to be 120 – 60 = 60. 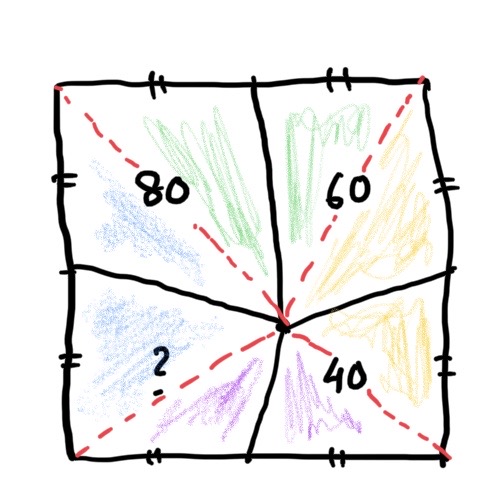