A friendship that goes back more than a quarter century

One of those friendships that were struck in June 1991 that has carried thru for over 26 years. Thru that, we have each jumped cities four or five times, jobs even more (worked together in three different companies), had two kids each but have been a great support for each other and have had some amazing times together as families.

We have had our differences too – he was an avid beer drinker and I would not touch beer, he would do Android and I would not do anything but Apple (he has switched now, as I understand) and he reveled in new cars and I would buy one only to drive it to the ground.

But our biggest difficulty has been on agreeing who has a better sense of humor. Most friends who we asked to mediate would retort “Is none of the above an option?”.

It was good – nay, great – to see Raj and Viji back in our town and at our place… 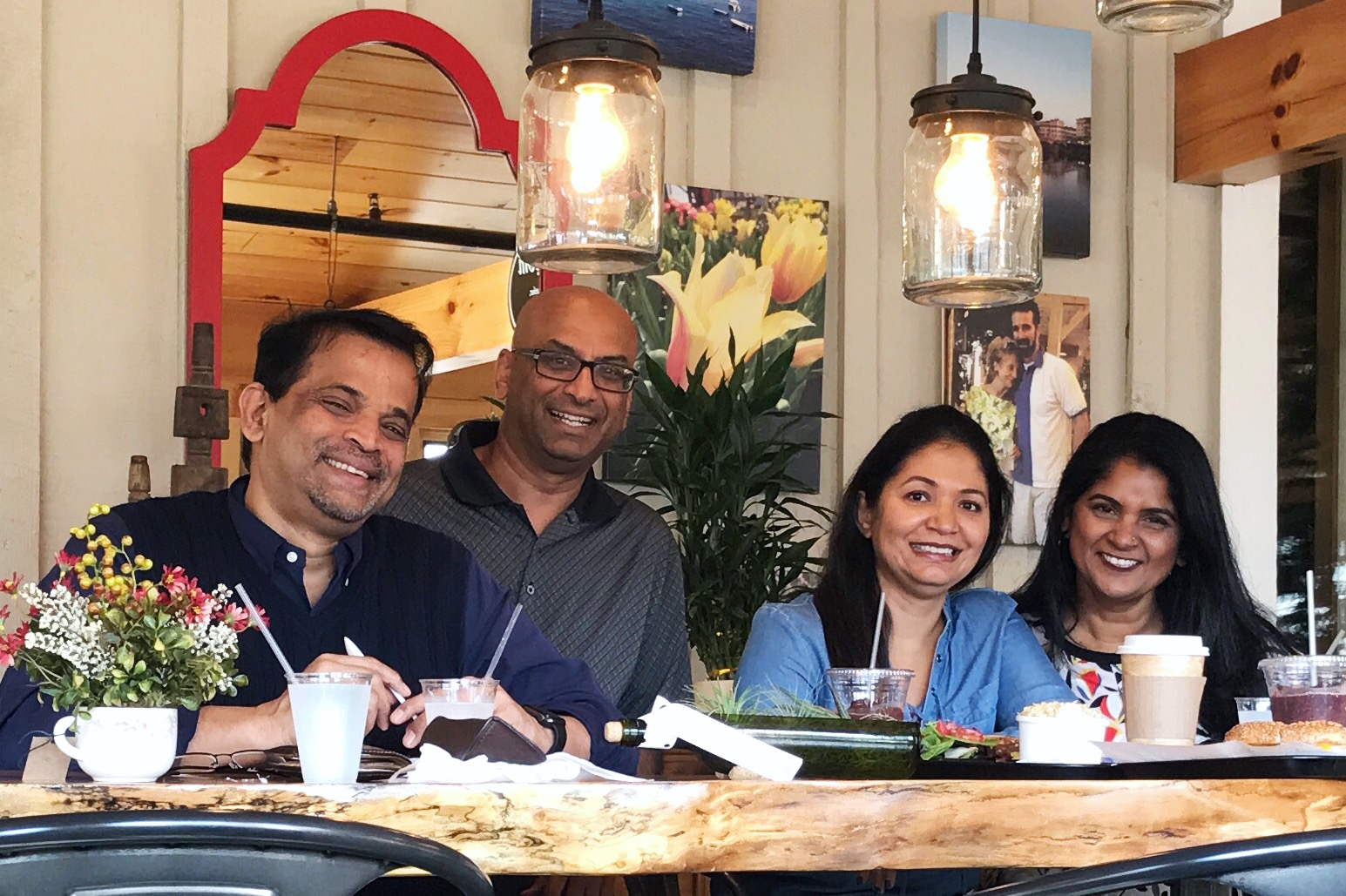 Posted November 6, 2017 by Rajib Roy in category "Our Friends