The guy who walked out of a hospice!!

I had been waiting for this day for a few months. You never want to impose yourself on somebody who has been told that he has a few more days to live. But I was hoping that somehow he will figure out a way out of it and make time for me to meet him. Today was the day.

Over a cup of coffee, I caught up with Cuyler on the good fight he is fighting.

I got to know Cuyler about a year back and soon he joined our team at office. And then he relocated his family – wife and very young kids – to the West Coast to stay close to one part of our business there. After a run in the evening one day in June, he started getting into a lot of pain. A couple of days of medical tests later, he got the shocking news – he had a very advanced stage of liver cancer.

It was bad enough that he had to go for immediate chemotherapy. And that is where it got worse. The liver refused to respond to treatment. At that point, the doctors let him know that they had run out of all options.

They immediately moved back to their home town in Texas and soon he had to be admitted to a hospice. As he explained to me, at this point of time, he was in immense pain and just had no energy left. He had lost a lot of weight, his body looked like it was painted with a highlighter (jaundice from a non functioning liver) and his urine had the color of coffee (no filtering happening).

The pivotal moment was his so called “good bye lunch” when all his friends and family had gathered in the hospice. And he slowly waded thru them in his walker. As he recollected for me, it was as the guests were leaving, he was taken over by a compelling determination to fight back. “I am going to fight the good fight, no matter what”, as he put it.

Next day, he got up and refused to take the walker. Just walked a few steps and came back. And that was the start of things starting to look better. A lot of different advise from different doctors, trying out alternate medicine, different food regimen (he talked a lot about alkaline water) and every single day, he felt he was getting a little better.

A visit to the doctor showed that the liver had shown some sign of life. He believes that the chemo had a delayed reaction and did manage to kill a few bad cells. Or perhaps, it is one of those cases where your mind can prevail over the body. As he said, at that point of time, he was running on sheer will to live and determination to fight.

Over the next couple of months, he kept at it. The doctors were willing to give chemo another shot. Chemotherapy, as many of you know, is really putting controlled poison in your system. It tries to kill the bad cells but it also kills good cells. Your body and the different systems take an immense beating. But he said that after the first few days of being completely beat, one fine day, he thought he was feeling much better. In fact the best in a long time. Checks showed that the procedure did yield some results.

He is nowhere close to be outside the danger zone yet. Has gone thru four rounds already and has beat most of the tumors back to less than half their original sizes. He probably has another four rounds to go before any serious long term solution (e.g. surgery, transplant) can be contemplated.

It was pretty funny how he explained his chemo. He will go for a treatment on a Monday, on Tuesday he will be fine, Wednesday he will start feeling terrible (I guess the good cells and the bad cells are getting killed) and then be wiped out and sleep from Thursday to Sunday. Next week he will feel bad but then he will have a week when he feels much better. And then he will have to go in for another treatment.

This is one of those good weeks. He brought his family to Atlanta to visit their old friends. I was glad he could make time early in the morning to have a coffee with me before any of the families woke up. You know what else he does on those good weeks? He attends our office meetings (video) and starts working on office stuff. Every time I see an email from him or his face pops up on the video calls, I shake my head in disbelief and tell him “You are crazy”.

Talking to him today, I recognized that when doctors tell you that you are going to die in a few days and you tell them “No, I am not”, there is a level of craziness that is absolutely called for. Thank you for fighting the good fight, Cuyler Duncan.

As we got up and hugged each other before we left, between his words of heart felt gratitude for all the personal and professional support he has received from us and my sense of awe and inspiration from his life story, I am not sure who was fighting harder to hold back the tears.

That too, was a good fight, this morning. 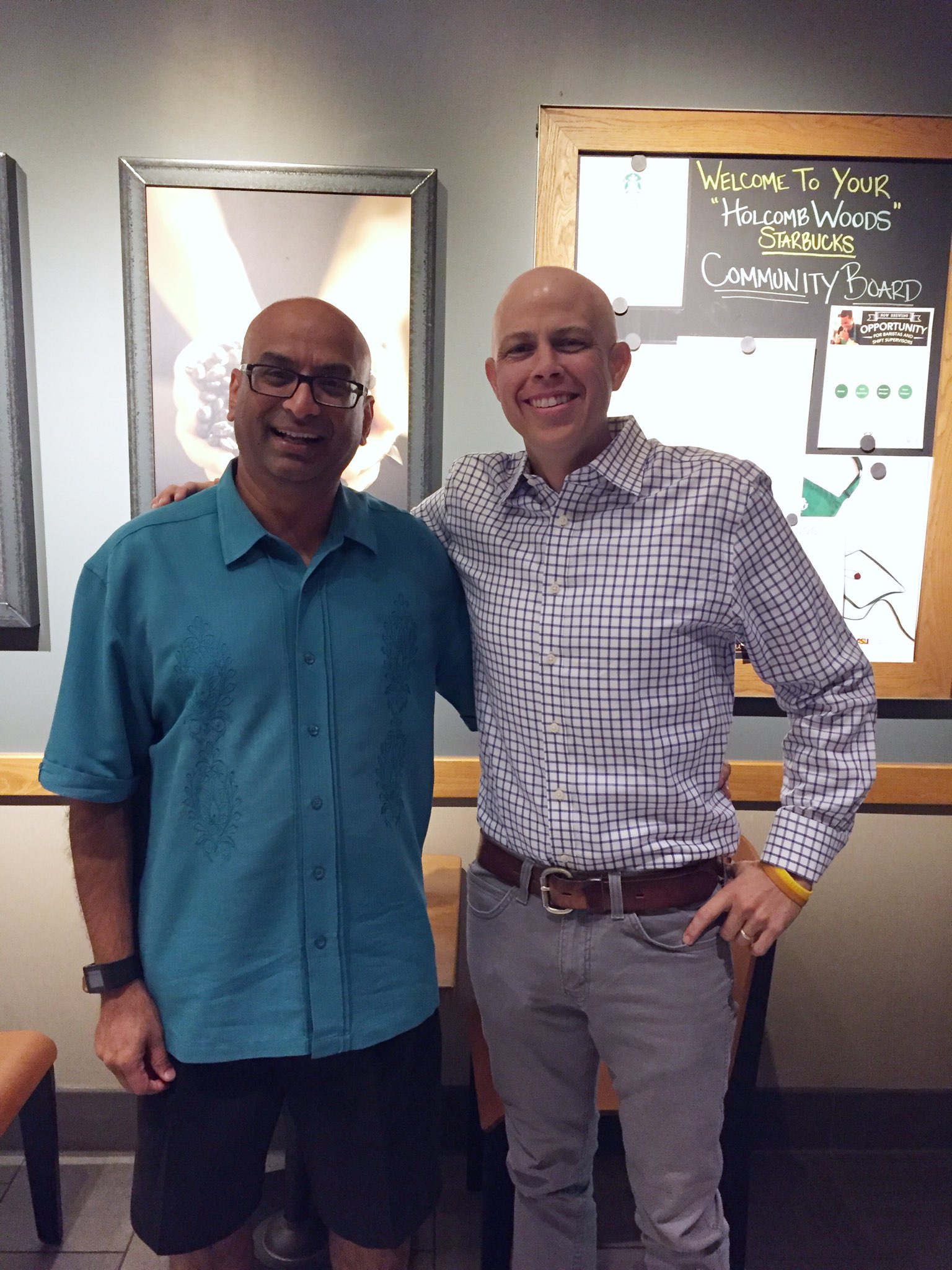