Throwback to my first job in life!!!

He has lived all over the country – East Coast, West Coast, Arizona, Midwest… and went back to India a couple of times. But finally, I was able to nail him down – of all places, in Appleton, Wisconsin! The first time I met Qazi was in 1991 in Mumbai when I joined my first job. I think we both joined on the same day. In fact, we started working in the same project.

The way he used to crack jokes (mostly “groaners” or what my daughters call – “Dad Jokes”) and imitate others was hilarious. Clearly the clown prince of our project, he used to keep us regaled most of the days. He even started our own regular journal for the project team – “Dungeon Times”. (We used to work in the lowest floor in the building).

He has not changed much (I saw him for the first time after nearly 25 years). The spontaneous impressions he did of our old project mates had me rolling on the floor in Starbucks last week. And they brought back a lot of memories from that project where I spent about a couple of years.

Since I was never good at coding, I moved away from it eventually. Qazi stayed on the technology side. That led to some good discussions on the evolution of technology – or rather the evolution of programming over the last forty years. More importantly, where it is headed in the future. Thoroughly enjoyed the discussion!

Thank you Qazi for making some time for me in the middle of the day. Would love to continue with our discussions… 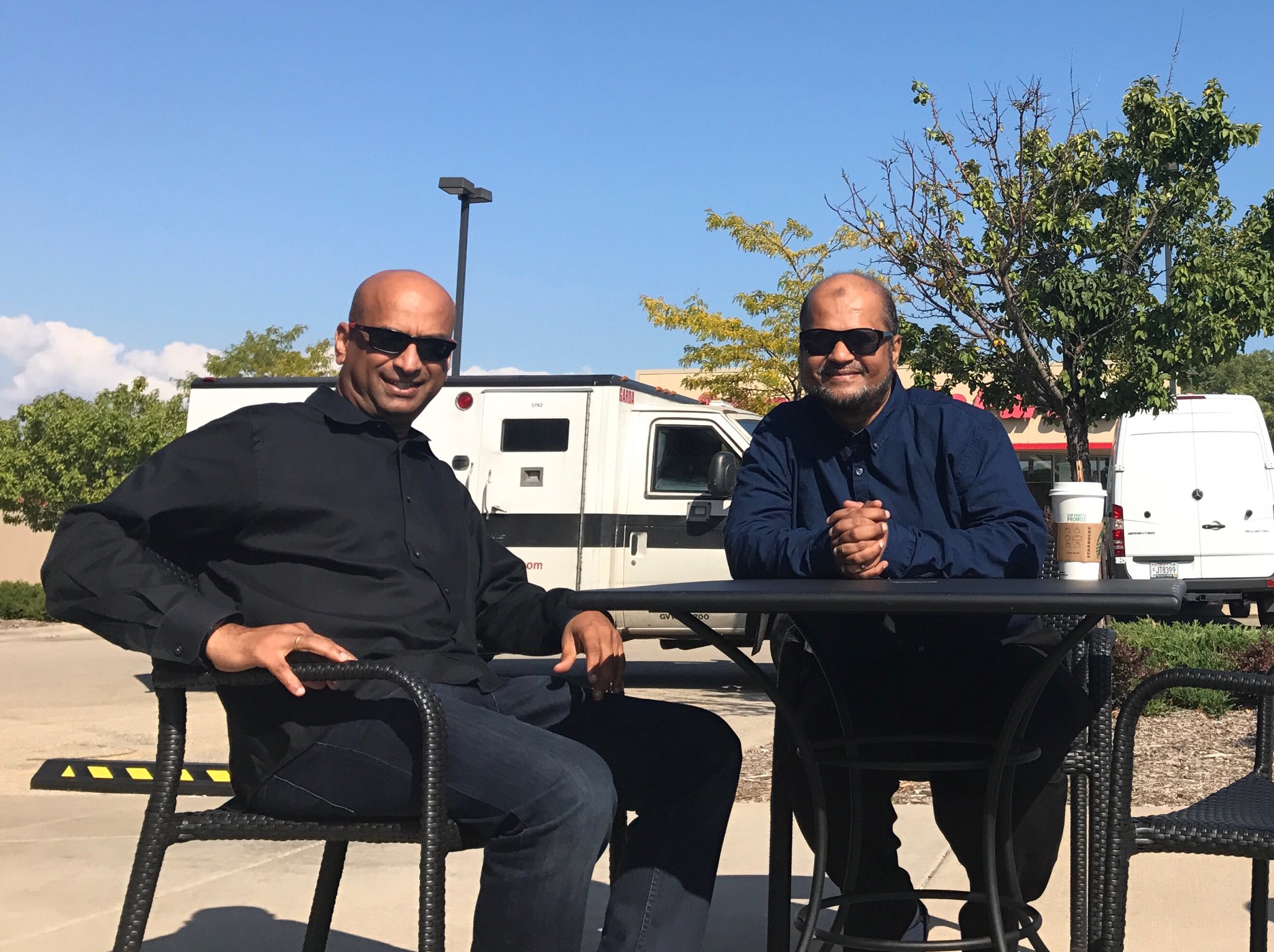