I think it was around August or September of 1995. Sharmila and I had gone for a dinner party at Sanjiv’s house. He was the founder and CEO of the company I had just joined a couple of months back. We were introduced to some of the other guests – mostly people from the same company but I did not know all of them.

That is where I met Jerry for the first time. All I remember is that he and his wife were excited about moving to Europe (for business purpose) soon for a few years. After that, I probably saw him about a couple of times when he returned to the US and then soon left the company.

It was only during my call to him this year on last birthday that I found out he lives in Wisconsin. So, this week, when I had a gap in my meetings in Elkhart Lake, I offered to drive down to Milwaukee to see him. He graciously suggested that we meet midway in Grafton at Water Street Brewery. I figured – Brewery, Europe, beer in the afternoon – yep! the math works!!

Except that when I finally saw him after nearly two decades and we settled down at the bar, all he drank was coke!!! But we had a great time catching up on each other’s lives, kids and careers. Also, we caught up on our old friends.

Somewhere during the discussions he was talking about his current work and he mentioned somebody called “Buck” who was Indian. “Buck Chintamini, in fact”, he said. Out of a suspicion, I asked him if his formal name is Devasish. Jerry was not too sure about that. So, I fished out my phone and showed him a picture.

What do you know? All this time, he was talking about my classmate from MBA days!!! And as luck would have it, just this weekend, I was in touch with the same Buck for some personal stuff!! What is the chance of that? Is the world really small or what?

Jerry, it was great to see you after so many years. Let’s not wait for that long for the next one… 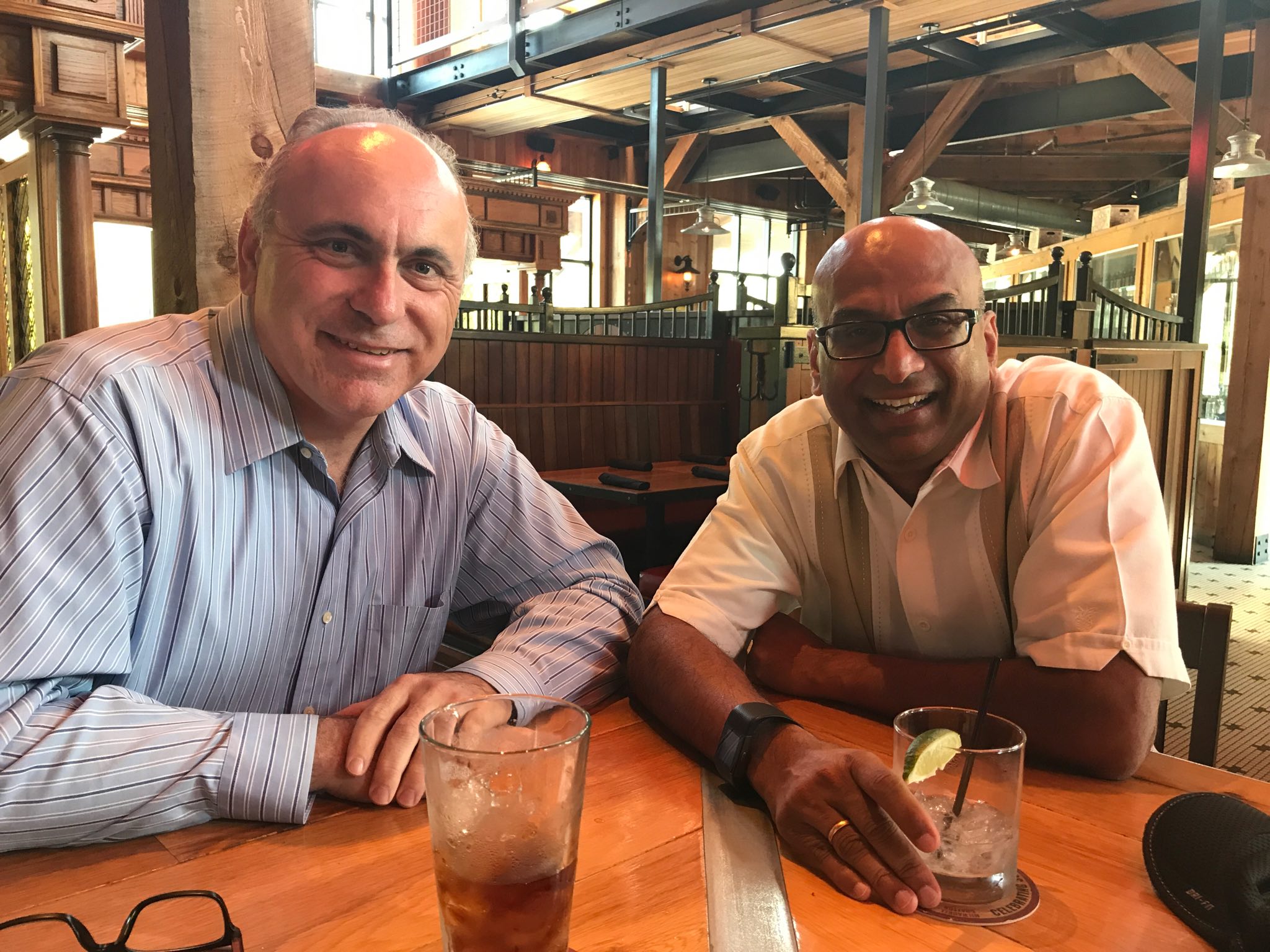