Catching up with a very interesting friend…

Two long days of bank meetings were done. All my friends had left by the late evening flights. I, of course, counted myself to be lucky since all the evening flights out of La Guardia were frightfully delayed due to weather. Needless to say, my friends had the last laugh this morning. Five hours after my scheduled departure time, I am yet to take off in the air.

In any case, after seeing my friends off, I took a chance and called a person I knew long long time back. He was the chairman of a company that I had worked in. I had always admired his ability to understand businesses and in general, his IQ level. Over the years, our relationships were mostly reduced to me sending birthday messages, for he seemed to be always in some other corner of the world jet setting as usual.

I lucked out this time though. He was in New York city and had half an hour. In fact, he was kind enough to push out his meeting for the evening to spend a little more time with me.

It was amazing talking to Frans Van Schaik and learning about his ventures. His life is one of the most interesting ones that I know. He has taken multiple years off from work to chase his passions, he has run large companies, he has led software companies, has led companies that set up manufacturing facilities in Africa, has raised a grass-fed beef farm north of Vermont and so on. All sorts of different expriences in professional and personal life.

It was just great seeing him after such a long time. We also caught up on some of our old friends – Marcia, Jean-Yves, Jonathon, Sean …. 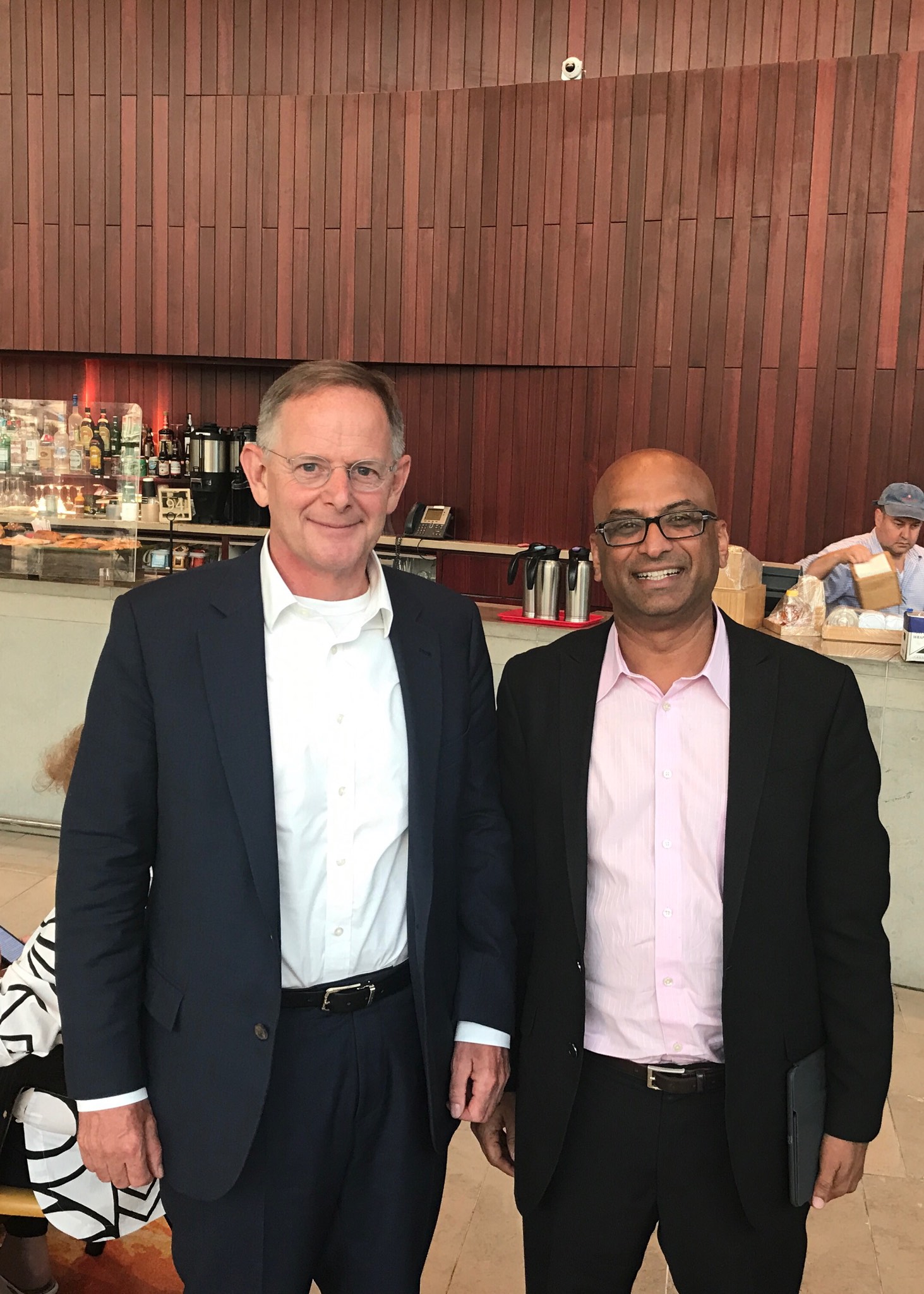