I think it was around 2003. Thoroughly exhausted after a week of intense meetings in Bangalore – and messed up by the time differences – I finally slouched down on seat 1C on a Jet Airways flight from Bangalore to Kolkata one Friday evening. I had my head down and was just trying to get some of my energy back. Through the corner of my eyes, sitting in the aisle seat, I could see all the people filing into the plane.

I suddenly saw this really cute young girl walk into the plane all smiles at me. I smile back at her. And thru the corner of my eyes, I could see there was a gentleman behind her. All I could see was up to his knees and he was wearing a kurta-pyjama. So as not to be a weird guy, I raised my head with the smile to acknowledge him too.

And that is when I go the shock of my life. The gentleman, as it turned out, was none other than Subhasis Ojha. Fancy meeting him – a guy who lived in Canada and was my team mate – on a flight in India. He introduced his wife Sanghamitra to me who was just behind him. It so happened that it was not the happiest moment for them. Of course, discounting the obvious fact that they had just met me, they had bigger challenges to deal with. Sangha’s mom had just passed away and they were headed for her last rites.

Believe it or not, after that day on the the plane, I actually managed to see both of them again this week, after a gap of almost a decade and a half.

It was a office meeting that got me to Toronto this week. After the meetings, I reached out to some of my old friends to see if they were available. Other than the Ojhas, there was Marty Flemington who showed up. The guy I will always remember as “Mr. Architect” – I saw him after another decade and a half. And what a great day too! It is his birthday today.

As onerous as travel and business meetings are – especially if you have to wait for an hour and forty minutes in customs – there are always memorable moments to create. And I am always grateful to friends like Subhasis, Sangha and Marty who make it so!! 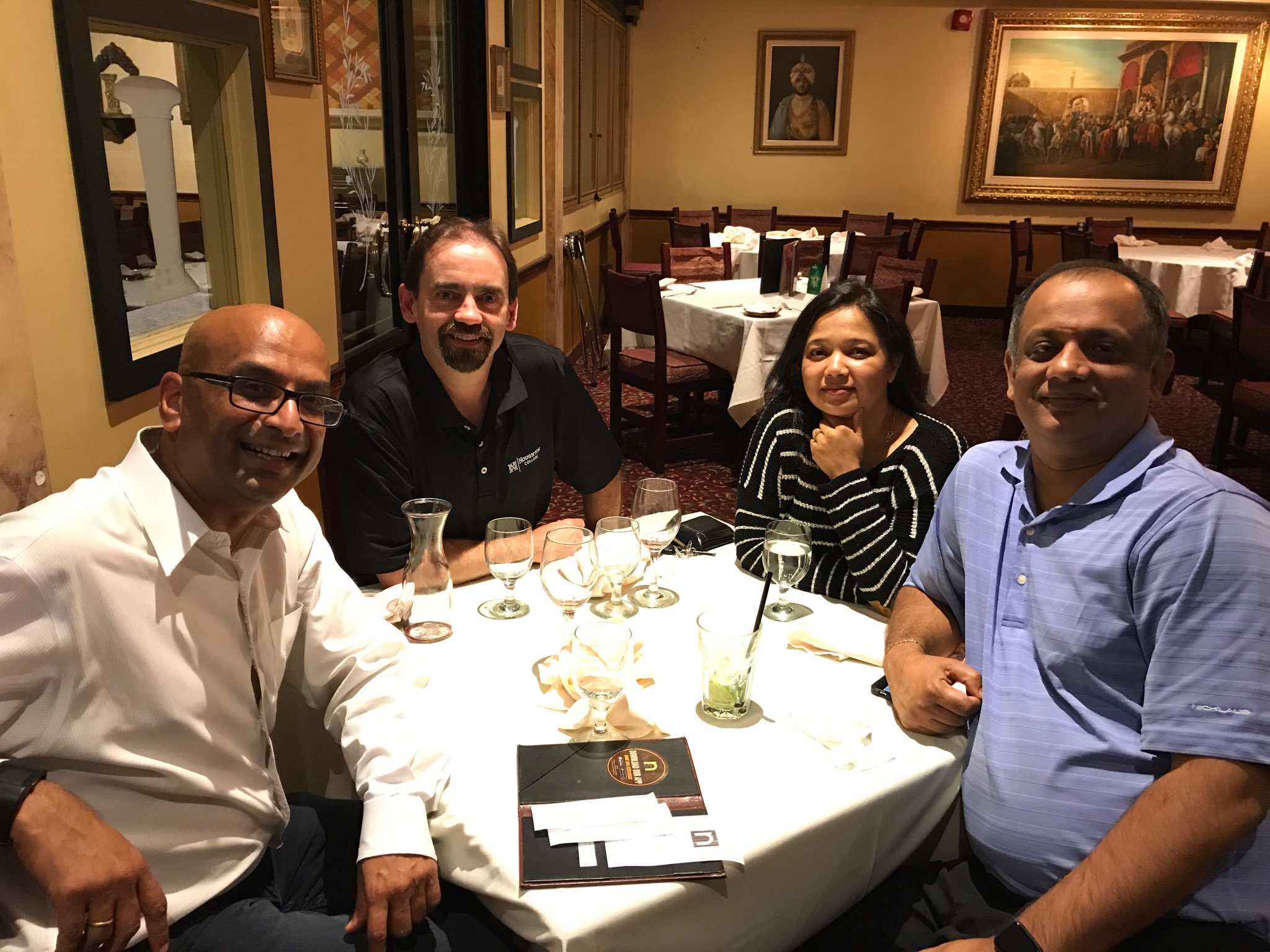