The good news was that she is a very early riser. And I was three hours behind Atlanta – so, I was going to be up at a God forsaken hour anyways. But that allowed me to catch up with Liz very early in the morning before our work day started.

Originally, I got to know Liz as a customer of ours. We had common interests in running, studying how the human mind works and all that. So, we kept up with each other even after we both left our respective jobs. Funny part is that the last time I met her was also in the very early hours of a winter morning – it was in Dallas though. I was there for some work. We both ran in a park in pretty dark conditions and then caught up over coffee. Both of us were experimenting with the Vibram (no support) shoes that time.

While it was a little over an hour that we got a chance to meet, I got a lot of life lessons from her. The biggest gain was to get some pointers about advanced mindfulness and yoga – specifically the connection of somatic fascia and yoga. I am still a neophyte in these areas – and she conducts camps in Italy every year. So, it was a little bit of drinking-out-of-the-fire-hose situation for me. But I did get some good recommendations on literature and I now need to read them up.

There were some candid discussions around Facebook itself – especially the role social media has started playing in to the concept of “ego”. She is certainly far more disciplined than me in terms of how she spends her time – and a lot more intentional in how she prioritizes her life. But the remarkable part is how she has kept herself well balanced. She avoids the extremes – none of the “no more of this”, “no more of that” and all that. She just moderates everything.

Which is a good thing. Because when the lady at the breakfast place came to take her orders, Liz started ordering all the healthy stuff.

“Oh! Come on! We are meeting after such a long time. You can let your hair down today”, I said as I proceeded to order my eggs, bread and hash browns!!

After a few seconds, she relented. “Ok, then”, she said and then looking at the waitress, she added “I will have mine with grits”.

Two decades of being in San Francisco but the Louisiana girl in her still comes out once in a while!! 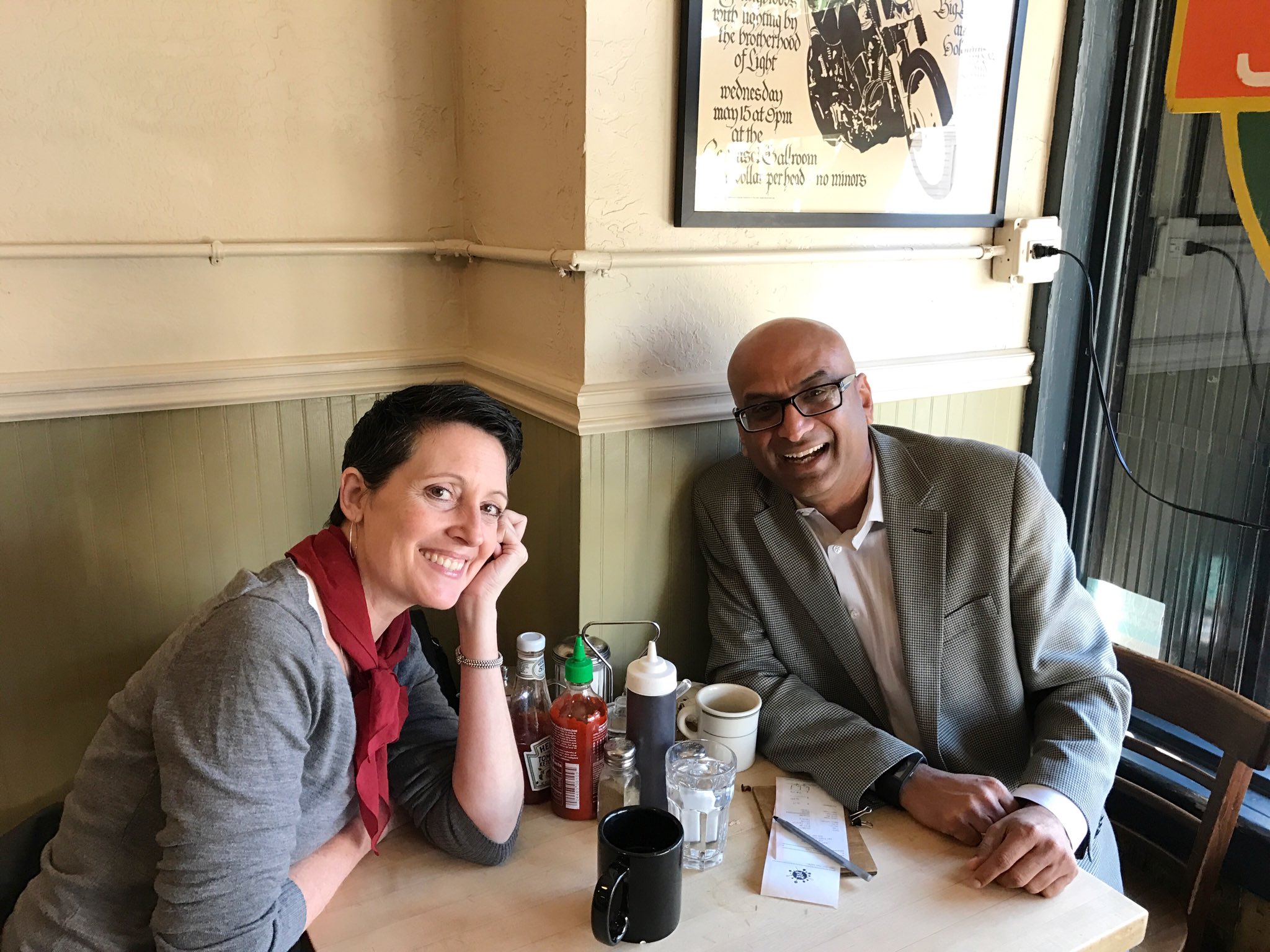