This evening, while I was practising tabla, Sharmila came into the music room and as we talked, she casually mentioned about Amjad Sabri. Being somebody who avoids news de jure (no TV, no newspaper for me), I did not realize that Amjad Sabri had been murdered in Pakistan a couple of days back.

For those who are not aware, Amjad came from a musical family that went back four centuries in undivided India!! His father and uncle are my first recollection of Sabri Qawwalies. Their family sang devotional songs in the Sufi style. Sufism is one of the mystic strains of Islam that is liberal in nature (e.g. A lot of Sufi music is in praise of alcohol).

Appparently, he was gunned down by Taliban who professes a very conservative militant version of Islam day before yesterday in Karachi in Pakistan – where his family lived after the dividing of India. The world makes a lot less sense to me now. What can anybody have anything against music?

This evening, I spent hours practising tabla with Amjad Sabri songs (you should be able to see him if you zoom in to the iPad) 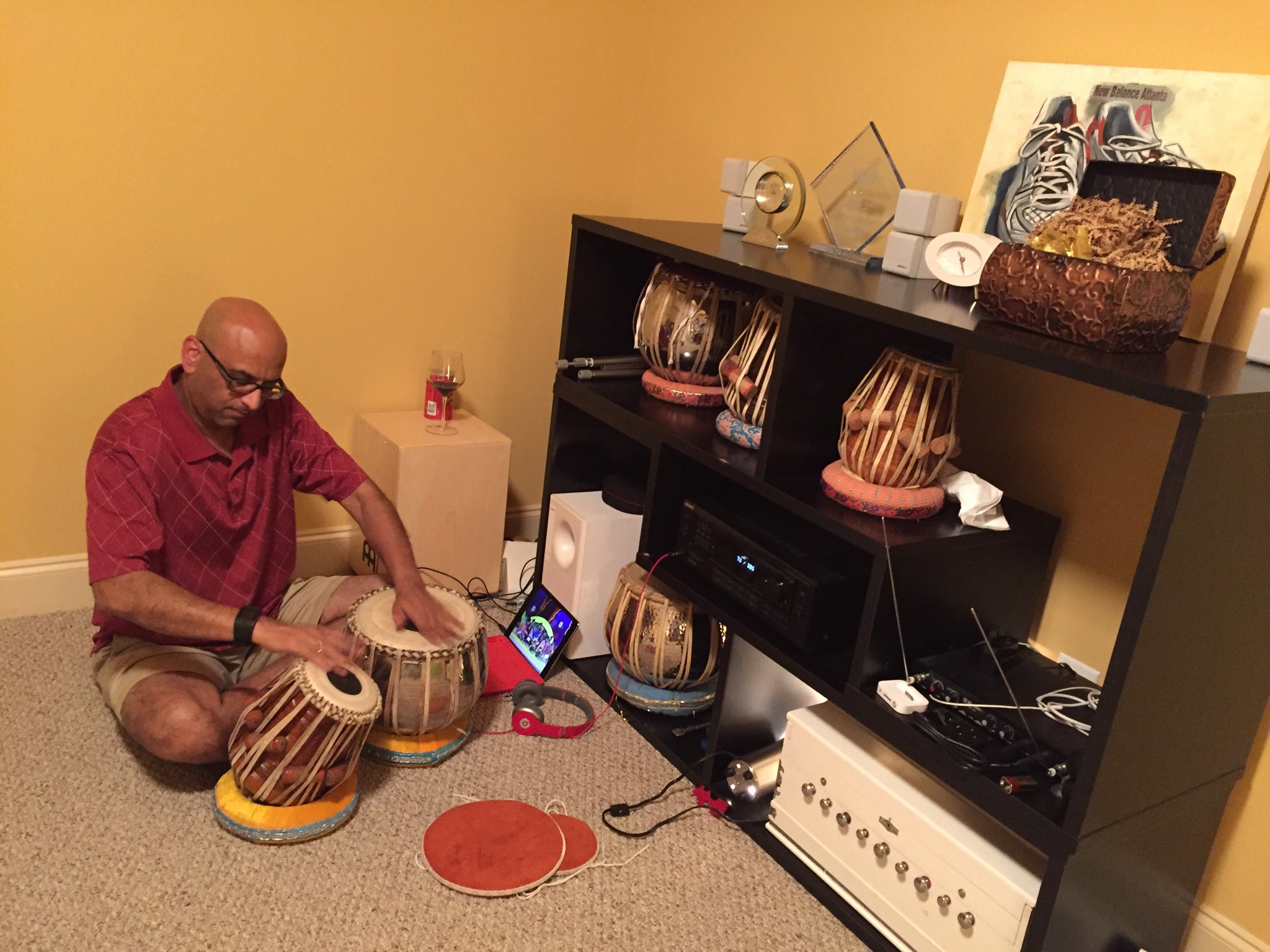