After posting pictures from the first two vineyards, I started getting recommendations from Facebook friends on a couple more to try. The first suggestion came from Lynette and Ted. I had enough time to drop Sharmila at the hotel (she needed to get ready for the wedding) and go for another wine tasting. The drive to Chisholm Trail Winery was a little scary. First the clouds became very dark and thick (see the previous post). And the small road off the highway that I had to take for nearly three miles went thru quite a few low areas. There was one part where I had to drive thru water. I was a little worried of getting caught on my way back with rising waters. If you did not know, Texas is going thru some terrible flooding right now.

It did not feel any better when I realized that I was the only customer at the winery. Fortunately, the rains did not come thru but I always had an eye to the outside as I tasted some wines. Coming back to wines, CTW ambience was nowhere close the previous two wineries. But, they had two wines that I really liked. The first one is a mix of three varietals – Barbera grown in south Texas and the other two from California – so that does not count as Texas wine!!

But the Lone Wolf (Lenoir varietal) was pretty good. Give it a try if you are nearby the Fredericksburg area. Made great friends with Dotty – see picture – who moved into this area from south of San Antonio area. She is relatively new to the industry but I was impressed how she knew the details of the history of the Lenoir grapes.

These grapes originally were grown in the Georgia and South Carolina areas – going back almost three to four centuries. However, south Texas was where it was grown more prolifically. In the 1900s (I think), when the French industry was brought to its knees due to blight, Lenoir plants were taken to France and grafted on the local plants as a solution. This particular varietal somehow can resist a lot more diseases than other varietals can.

Now there is one point on which Dotty and I differed. She thought Munson was the guy who actually came up with the solution for the French industry. I was aware of Munson’s fame as one of the best wine growers in Texas but I am not very sure of his contribution to the French blight solution. Need to do some research.

But that is neither here nor there. The important part is that this age, Dotty entered a new industry and had diligently studied up her stuff. So, I asked her to take a picture with me where she would hold the bottle I bought and I would do the customary pose 🙂 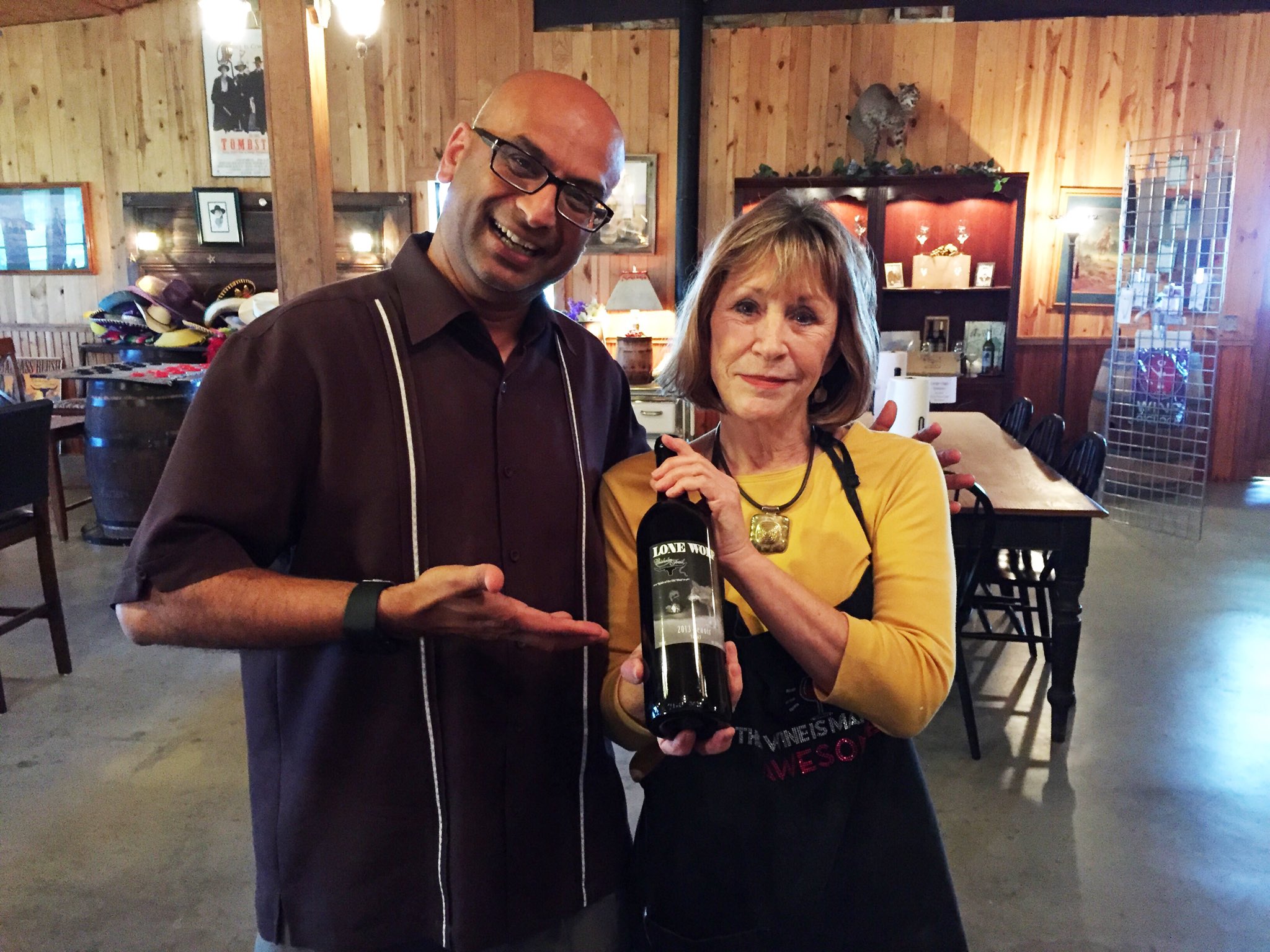