Sometimes you land up making a difference without even realizing

A few months back, Ritesh had reached out thru Facebook reminding me how we got to know each other – I had interviewed him in campus (this was also my alma mater) and offered him a job in Dallas. He had reached out to me to thank me about that event from fifteen years earlier. He felt a lot of his subsequent success in career and life was defined by that moment. And he had a request to meet me sometime during my travels. I had promised him to do so and wrote down in my small notebook of “People I have promised to meet”.

Yesterday was a pretty long set of meetings in New York. First the customer meeting went an hour over (which is usually good for business 🙂 ) followed by the customer’s request to have a drink after the meetings (which is usually very good for business 🙂 ). However, at the end of all that I did get a chance to meet Ritesh. Unfortunately, I had to make him wait as I finished all my calls which had gotten pushed out due to the disruption in my calendar.

As I finally put my phone down and shook the hands of patiently-waiting-Ritesh, my first question was “Is there a single puzzle I have posted till date that you have NOT cracked?’. If my memory serves me right, he has cracked most of my puzzles.

We got out of the hotel, trudged through slush and sludge (NYC had terrible weather) and went to a restaurant nearby and settled down. And then caught up on the past fifteen years. It was absolutely heartening to hear about his success in career as well as the tremendous progress some of his batchmates who were also recruited that time has made over the years.

Surprisingly, we spent a lot of time talking about life, death, time and such other things that I would not have expected anybody who is still some way away from 40 to show any interest in. Finally, just as he was leaving, I found out one more connection – we lived in the same dorm (each dorm had 30 students) – D13 – although separated by nearly 10 years!

It was good to catch up with this gem of a human being, Ritesh!! 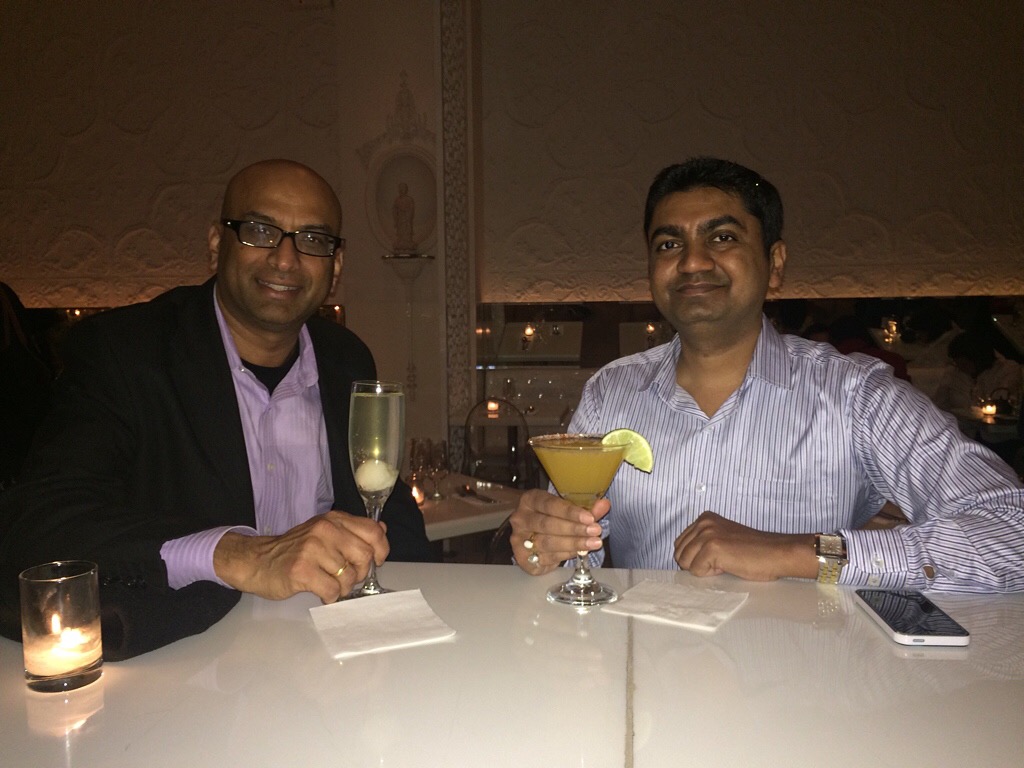