While I have great admiration for all the Bengalis in Atlanta, in due admission of their higher intelligence level, I have to believe that it is a one sided admiration. Certainly, it speaks to their sense of discretion at least.

That said, there is a mutual admiration society between myself and one particular person from the aforementioned Bengali community in Atlanta. The reasons I marvel at Amitesh – that being his name – is his ability to listen actively (not exactly my strength), great sense of priorities in life (I still struggle at that) and his ability to “commit” himself – be it tennis, work or finer aspects of life like wine 🙂

In my eight years in Atlanta, I have learnt a lot from him. But I have always been intrigued by one question… to quote a couple of memorable lines from Jesu Das “Jiski rachna itni sundar, Woh kitna sundar hoga”… (“if he is such great a person, I wonder how great his Creator must be”).

I am intrigued no more. I walked into his mom’s home in Salt Lake in Kolkata this evening. And proceeded to have an enchanted evening with a eighty seven year old!!! I was absolutely stunned by how well informed her points of views were. Later I learned how well educated and learned she is.

Found out she was in University of Tennessee and Atlanta (where I live) to study way back in 1960. To put it in perspective, it took seven more years for me to be simply come to this world.

I had one of the best evenings today. I am still amazed by the perspectives of this eighty seven year old lady… 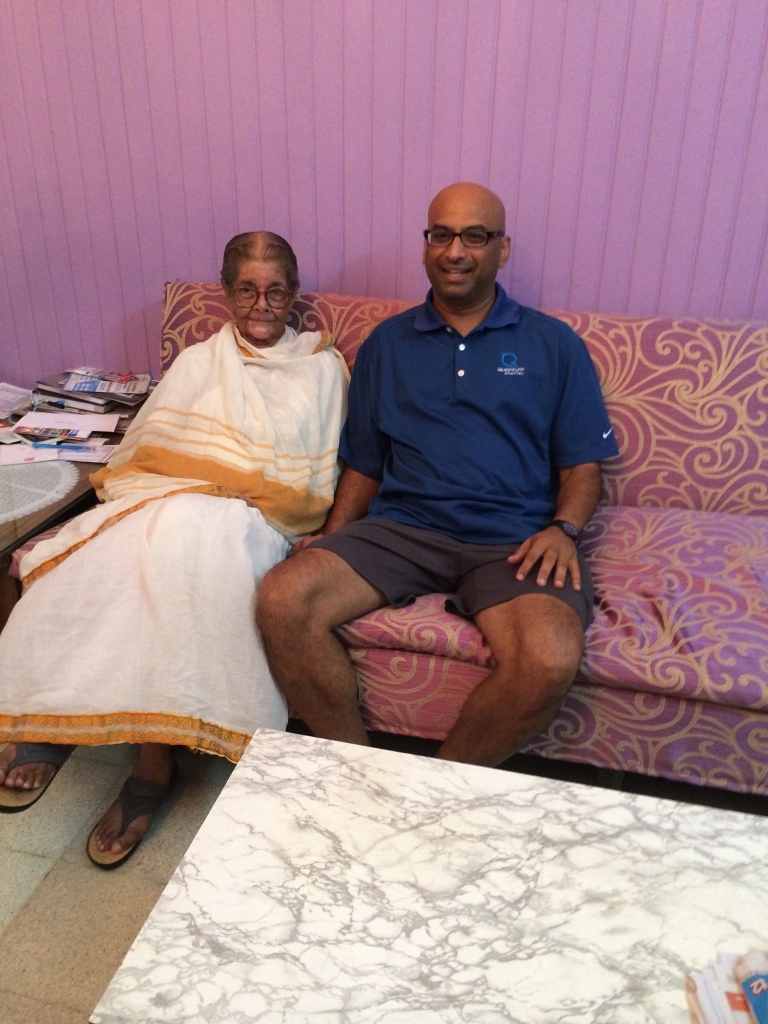