Came to speak at an event in DC. Ended up meeting a long lost friend, philosopher and guide. Met Hari last in April 1983! He was one year senior to me in my MBA school. Following his guidance, I went for a summer training in COSL. And then following his advise, I took up a job there a year later. One of the dream places as a first job. Great learning, great people, great technologies! Could not have received better advice.

Nearly 21 years later, Hari still looks the same and as that same infectious loud laughter. The only difference is that he has become a hotshot CIO in DC area now!! I had totally forgotten that he married a colleague and friend of mine. (I am sure Mala is going to kill me). Otherwise, I would have made efforts to meet her too!

An interesting find this evening….
Hari yesterday played golf (he is big into golf) in California with a friend of his. A little bit of prodding led to the discovery that his friend’s wife worked in my team in i2!!! 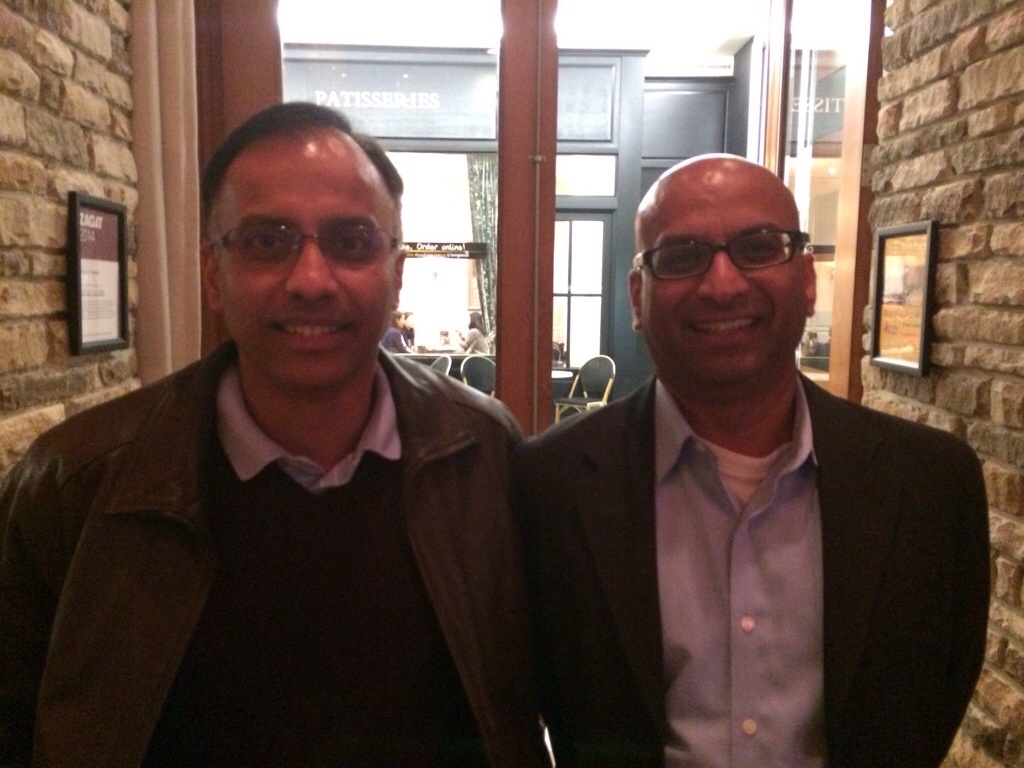