Trigonometry on a fall evening

It does not get much better than this… 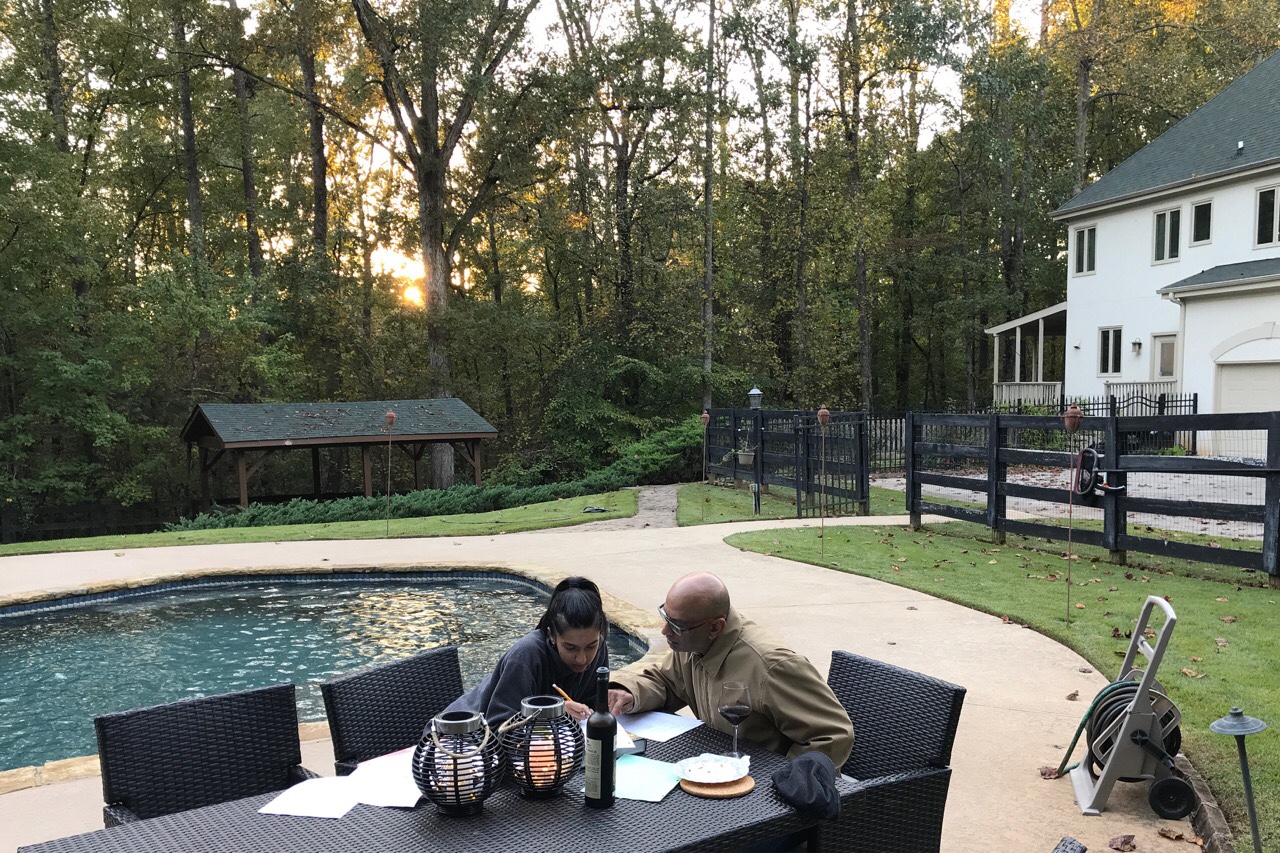 Why do we say “stir-crazy”?

Last night, I was texting one of my friends to check up on him and he mentioned that he was going “stir-crazy”. Apparently, he had been in his basement the whole day working on stuff. We decided to go out for a quick drink. In about half an hour, we were at his favorite cigar place. My first question to him was “Why do we say ‘stir-crazy'”? Why “stir”? Both of us laughed it away since we had not a clue.

Of course, “stir-crazy” means to go crazy or disoriented after being cooped up or confined to one place for a long time.

This morning, as I started researching it, I ran into a very interesting history of the phrase. I did not realize that it came into American English as a slang among prisoners all the way from the gypsy language local to Romania via a particular prison in England!!

This is what I have constructed so far:

The origin for that slang use lies in a particular prison in England – the notorious Newgate prison – which was referred to as “Start” by the prisoners. Eventually, all prisons were colloquially called “Start”.

The word “start” itself had nothing to do with the English word “start”. It was actually derived from the Romani word “stardo” meaning imprisoned. In fact, Romani – the language spoken by the gypsies in Romania area has a lot of words with that root to mean something to do with prisons – e.g. “sturiben” is a prison and “staripen” is to imprison.

The only part that I have not been able to connect is the following – while scholars agree that the root of the slang “start” is the Romani language, why did the Victorian age thieves land up with a Romani word. Were there many gypsies in the prison? Was there some other reason?

Well, I am going to stop my research before I go stir-crazy! Ha, ha!!

This is from the bar at Palenque Mezcaleria in Denver. I believe the originator of this recipe is one Nathan Schmit.
This is Mezcal with Grappa. I never thought the strong earthy tones of mezcal can be ever matched or overpowered by anything. I was wrong. Try grappa. One caution – both are very strong. So, make sure you keep sucking orange slices with slightly sprinkled salt if you can. 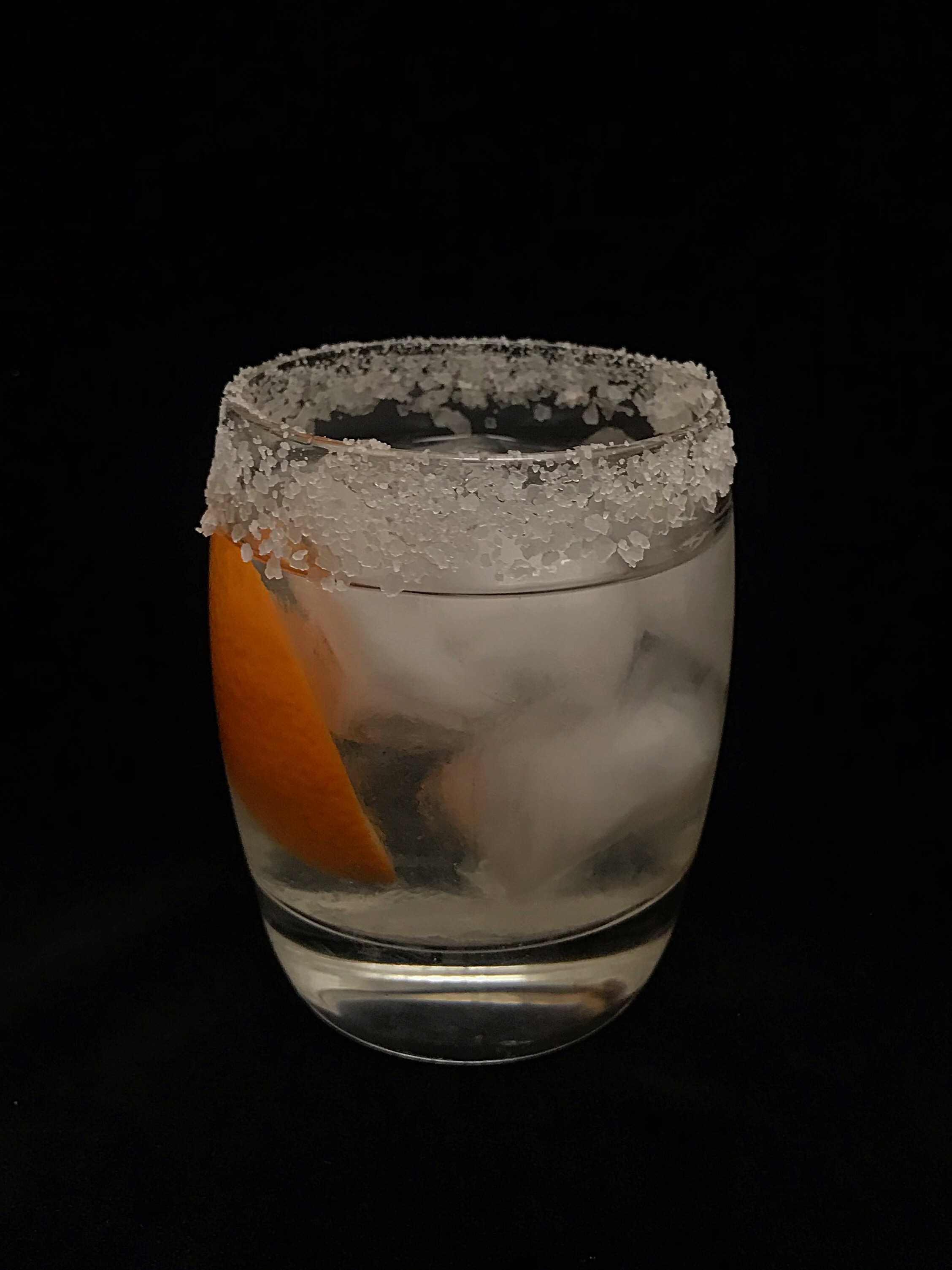 The trail of fallen leaves! 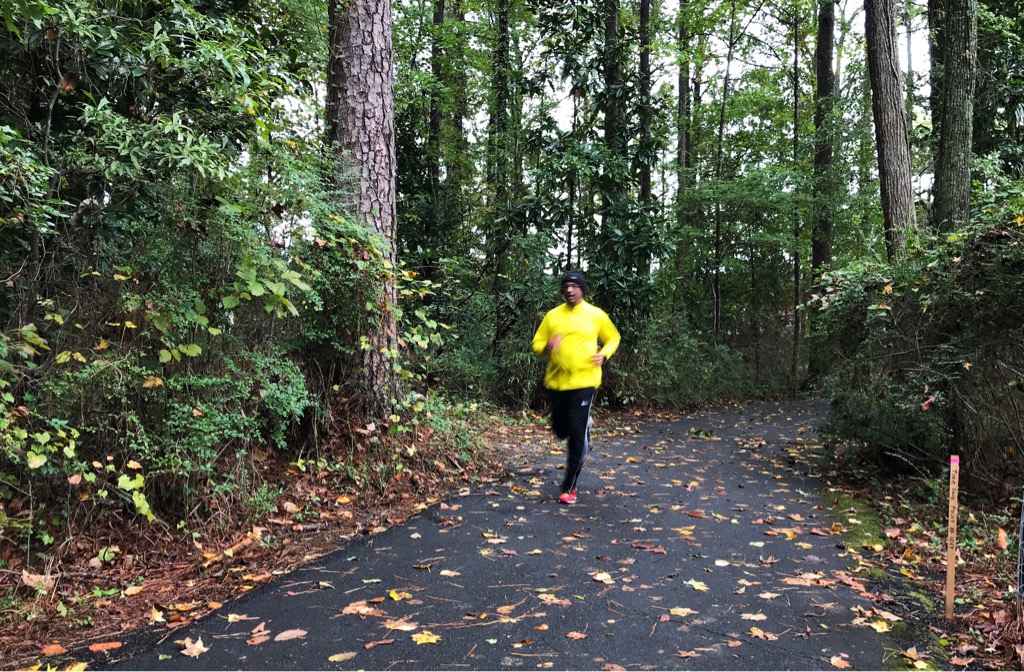 The flight took off from Atlanta airport on Runway 7 bearing an easterly direction. For as much as I fly every week, a plane taking off is still something that mesmerizes me. I cannot help but look outside as the buildings pick up speed running past us the other way and then in one big heave as the plane pulls it nose up, suddenly all the vibrations go away and those buildings keep running away – albeit at an angle – and off we go!

Last Monday as we took off, you could get a perfect bird’s eye view of the whole Atlanta and metro area trying to shake off its Monday morning blues under that canopy of crystal clear blue sky. Down below was the continuous rug of velvet green treetops – interrupted by long strips of roads and occasional buildings poking their heads curiously out of the tree-lines.

And then there was that weird looking cloud. It was very low lying. Very thin and meandering. Totally static. It was like somebody put some long yarn of cotton there and forgot to remove it. For a minute I kept looking at it – convinced that it was smoke. My eyes roved anon looking for a chimney from some factory or perhaps a kiln.

The plane, at that point, banked hard to the left and settled in a north by north west direction. So much so the better – since that would get us closer to that strip of a cloud. I was hoping to find that elusive chimney. Just as we aligned ourselves to the cloud – something else caught my eye. Directly below the cloud. There was our Chattahoochee river!! What is more, the cloud shape was an eerie replica of the river. It ran exactly parallel to the river – just a little higher!!

In a moment, the puzzle was solved!! The water vapor escaping from the surface of the river could not escape much. It was so cold that it condensed into a cloud close to the ground – maybe a few thousand feet high – and stuck together without a lot of diffusion for the exact same reason. As a result, there was the river below – and the replica cloud above!!

(Zoom in to the picture to see the river) 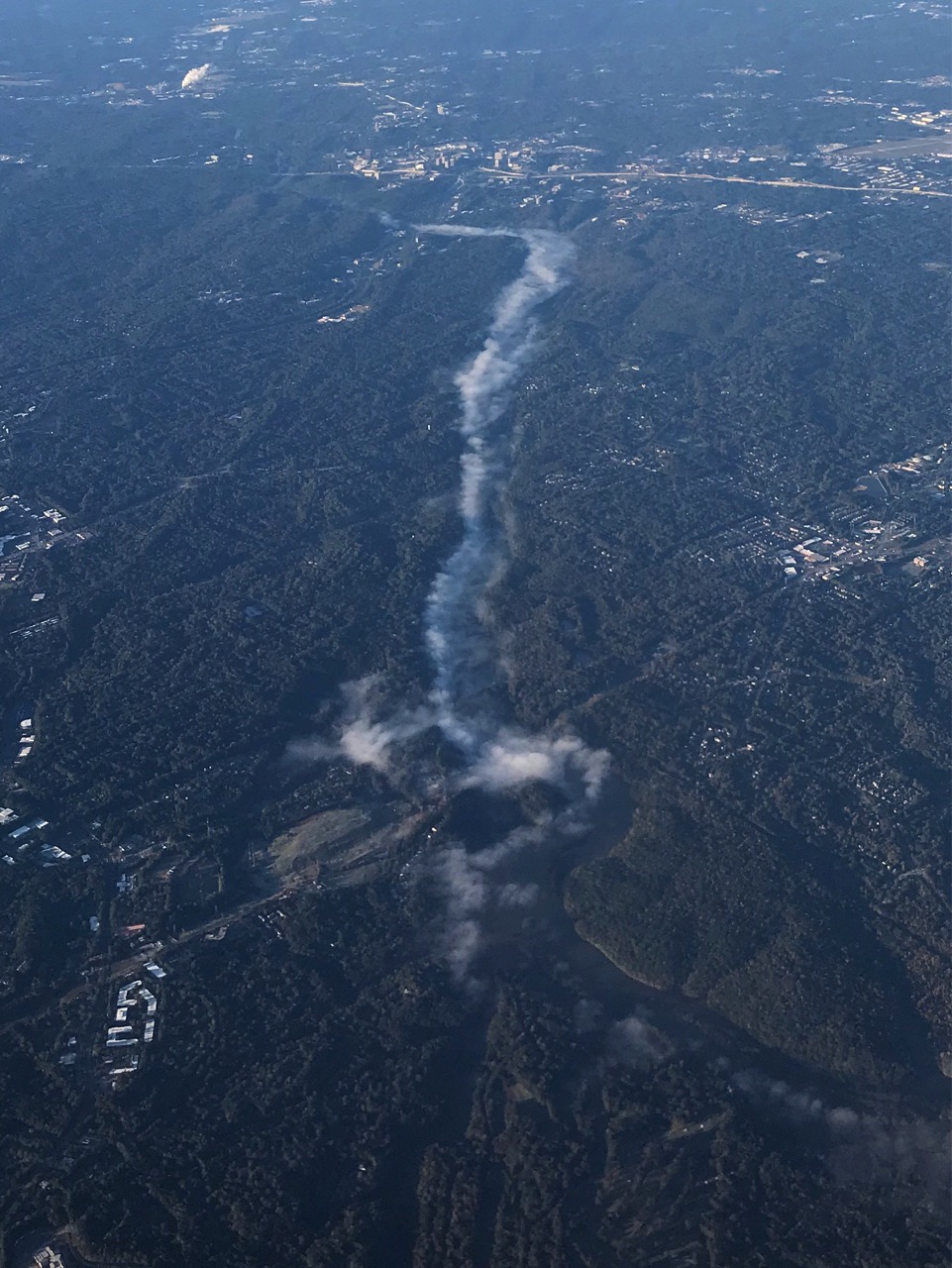 Instead got sucked into one more of those fascinating books recommended by my scholarly friend – Somshekhar. He has now led me down the road to learn how our human memory works and how very ordinary people can learn how to commit to memory incredible amount of things.

Admittedly, Jay Jay has that slightly impatient look of “I don’t need no stinkin’ book to remember that tonight is Pringles night and you have not taken me to the music room yet!! 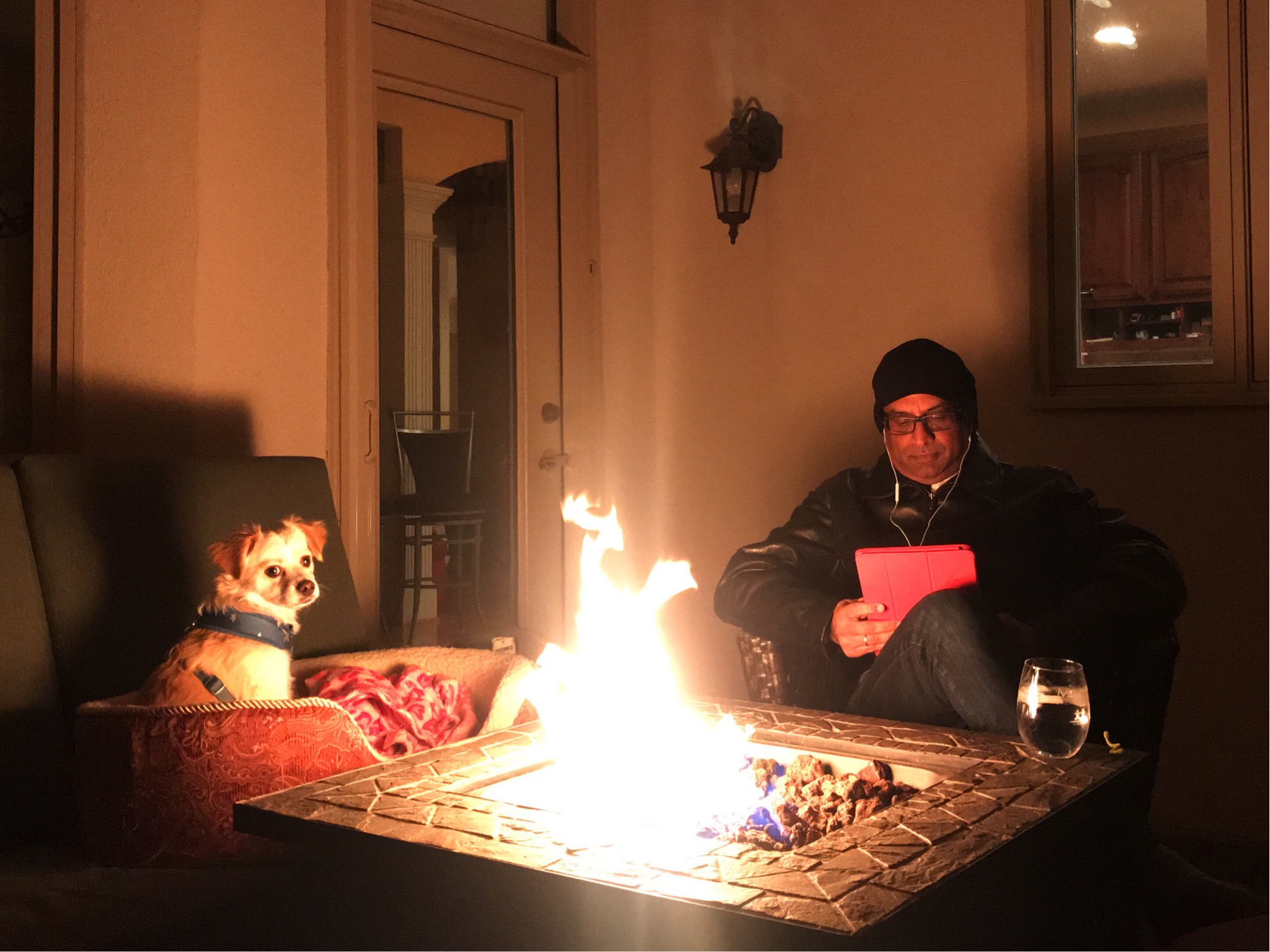 As poignant as the cartoon is…

And it is true that I – probably like many of us – are doing less and less worth remembering… it is still even more true that being on the other side of 50, remembering itself can be a chore.

Medical science seems to point to how memory deteriorates after an age (unfortunately much before 50). However, science also is suggesting how we can exercise our memory cells and prolong their life.

Now I have created a Frankenstein. I want to “remember” more things. Can you help me suggest some interesting things that would be worth (re)learning and remembering? I was thinking of the Periodic Table as an example. What other things are out there that might be interesting to “memorize”?

Why not just leave it as “On Time”?

Has airline punctuality reached such a level that we feel compelled to state that our estimate is to start a minute late?
This is in San Francisco airport. 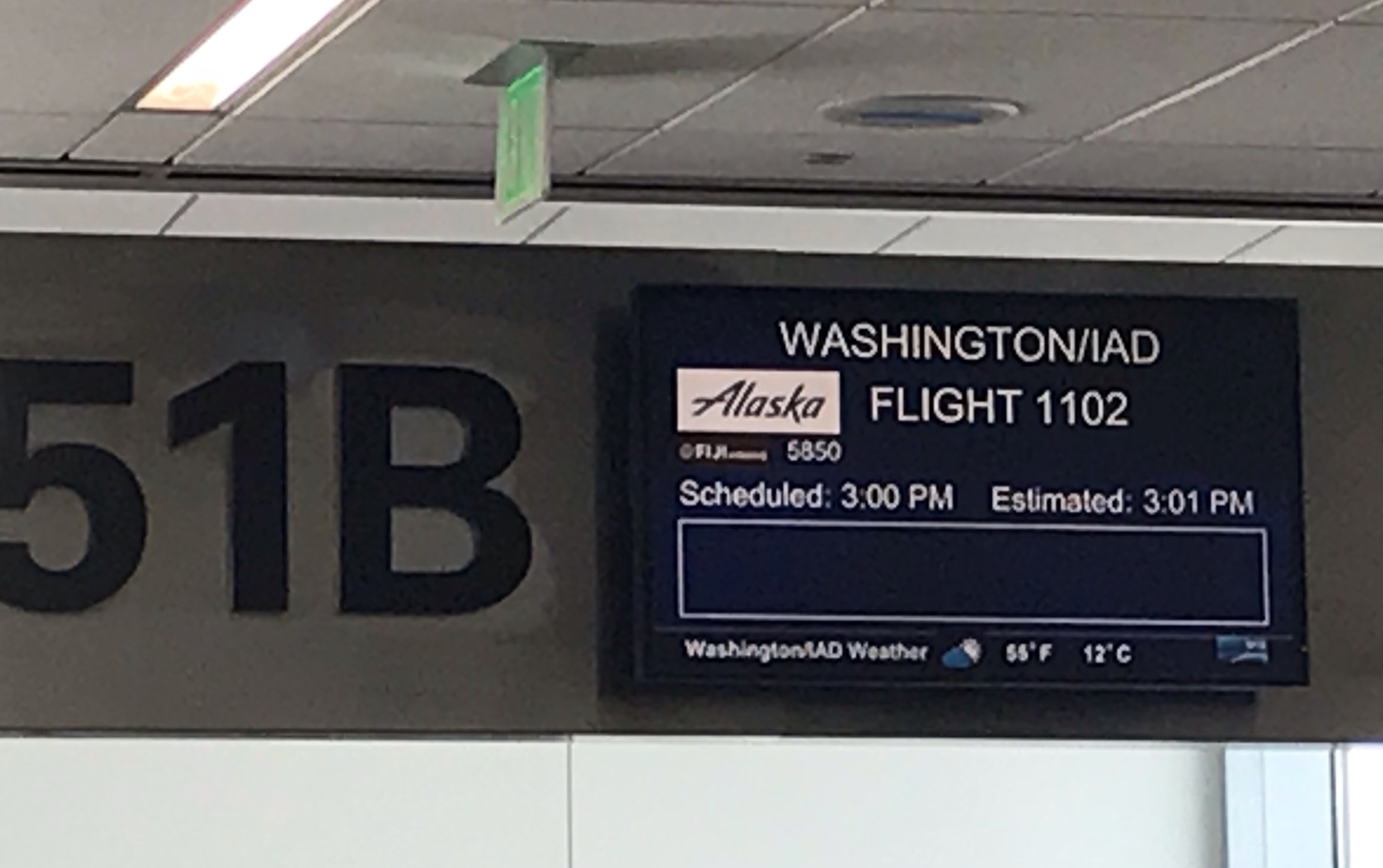 Puzzle of the week : Capitals of the world

I have finally been able to memorize all the country names and their capitals. For this purpose, I am defining countries as those 195 that are recognized by the United Nations. Some interesting puzzle questions emanate from that:

Take a guess at these questions and write down if you want in the Comment section. Then check with Google (or wait for a day – I will publish the answers). Do NOT write the answers here AFTER Googling.

1. The smallest number of letters in any country capital is 4. For example: Rome. How many such 4 letter country capitals are there? Can you name them?
2. How many countries have the capital name same as the country name? e.g. Singapore capital is Singapore. How many can you name?
3. Now, some capitals are the same as the country name with the word “City” attached. e.g. capital of Mexico is Mexico City. Similarly, what are the other countries that have the same pattern of capital names?
4. Many countries, during their early ages, had certain cities flourish because of trade – that happened mostly thru sea waters. Thus you will see many of those countries have a port as their capital. Some of them even have the name Port in their capital name. e.g. “Port Au Prince” for Haiti. What are the other capital names that you can come up with that have Port in it?
5. Many capital cities were named after certain Saints. They tend to have names starting with St., San, and so on. How many of them can you come up with?
6. Which are the capital cities that start with the letter “Y”?
7. How about “Z”?
8. Which is the most common first letter for capital names? Meaning more capital names start with this letter than any other letter. There are an astounding 25 of them!
9. A couple of countries have an apostrophe in their capital names. Can you name them?
10. Now the final one: What is the capital (legislative capitals) of Sri Lanka and Myanmar? Hint: I did not realize that they had moved their capitals recently.

Category: Puzzles | 1 Comment on Puzzle of the week : Capitals of the world

Clear view of Chicago downtown from over Lake Michigan

Of course, a lot has changed now. It is called the Willis Tower now and is only the 16th tallest building in the world. It is still the second highest in the Western Hemisphere, I believe. Just goes to show the crazy amount of infrastructure development that has happened in Asia. 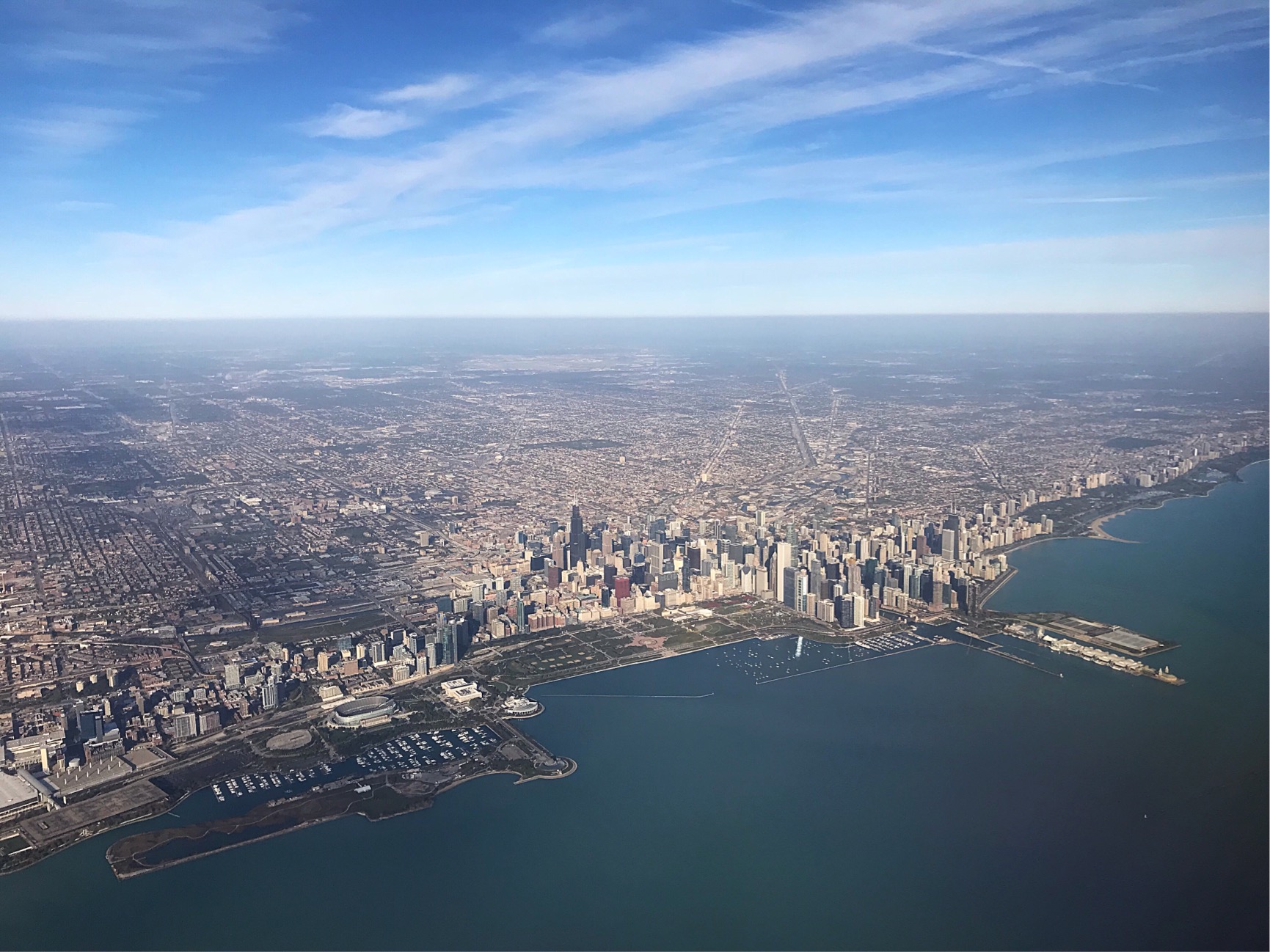