Rolling thru the streets…

As I mentioned in the last post, yesterday was a good day. He had asked for the first time to be taken out in his wheelchair. Normally, I have to coax him to agree to it.

We spent about an hour thru the streets of Kalyani in the evening hours. Because he was more alert, he and I spent a long time talking about small things and me trying to ask him questions about the past and see if his neurons, dendrons and synapses can start re-firing (or whatever it is that they do for a normal person). Surprisingly, he could recollect the addresses of all the residences we had lived in (each took about a couple of minutes and you could almost sense his brain cells churning thru). But he still cannot remember my brother’s house in Kolkata.

Numerous times, we had people go past us (mostly in bicycles) and then on second thoughts, they would stop. Invariably, it was somebody who realized it was my dad as they went past us and got down from their bikes to come back and talk to us. Many of them were not aware of what dad has gone thru. My dad explained “Porey gechhilam” (“I had fallen down”).

That gave me a chance during my one on one time to explain to him that he had a brain stroke. We found five different spots. And that is why he fell down. And why he is not being able to remember things.

He seemed to be very surprised at this revelation.
“I had a brain stroke?”
“Yes”.

A couple of minutes of silence later…
“Which hospital was I in?”
“2 nights in Kalyani nursing home and then 2 weeks in Peerless Hospital in Kolkata”
“I was in Kolkata?”
“Yes”
“How did I get there?”
“Pinku brought an ambulance from Kolkata” (Pinku is my younger brother)

A few minutes of silence again.
“Eto shoto hoye gechhey aami jaantam na” (I did not realize so much has happened)
“I know”

A minute later, I realized he was trying to raise his neck and look back towards me. Sensing he wanted to ask me something, I lowered my head as I kept pushing him along. Fully expecting the next question “Kobey bhalo hobo baba?” (When will I get better?)

Instead he said “Tor onek poisa khoroch korey fellam na?” Not sure whether I was more irritated or found it to be too funny or something else that at this juncture, he first reaction would be to be apologetic that his illness cost his son a lot of money. But I knew that was the clear marker, the “old” him was trying to come thru and that was a great thing.

I lied thru my teeth. “Insurance is giving all the money back”.

For half a minute he shook his head very satisfactorily. 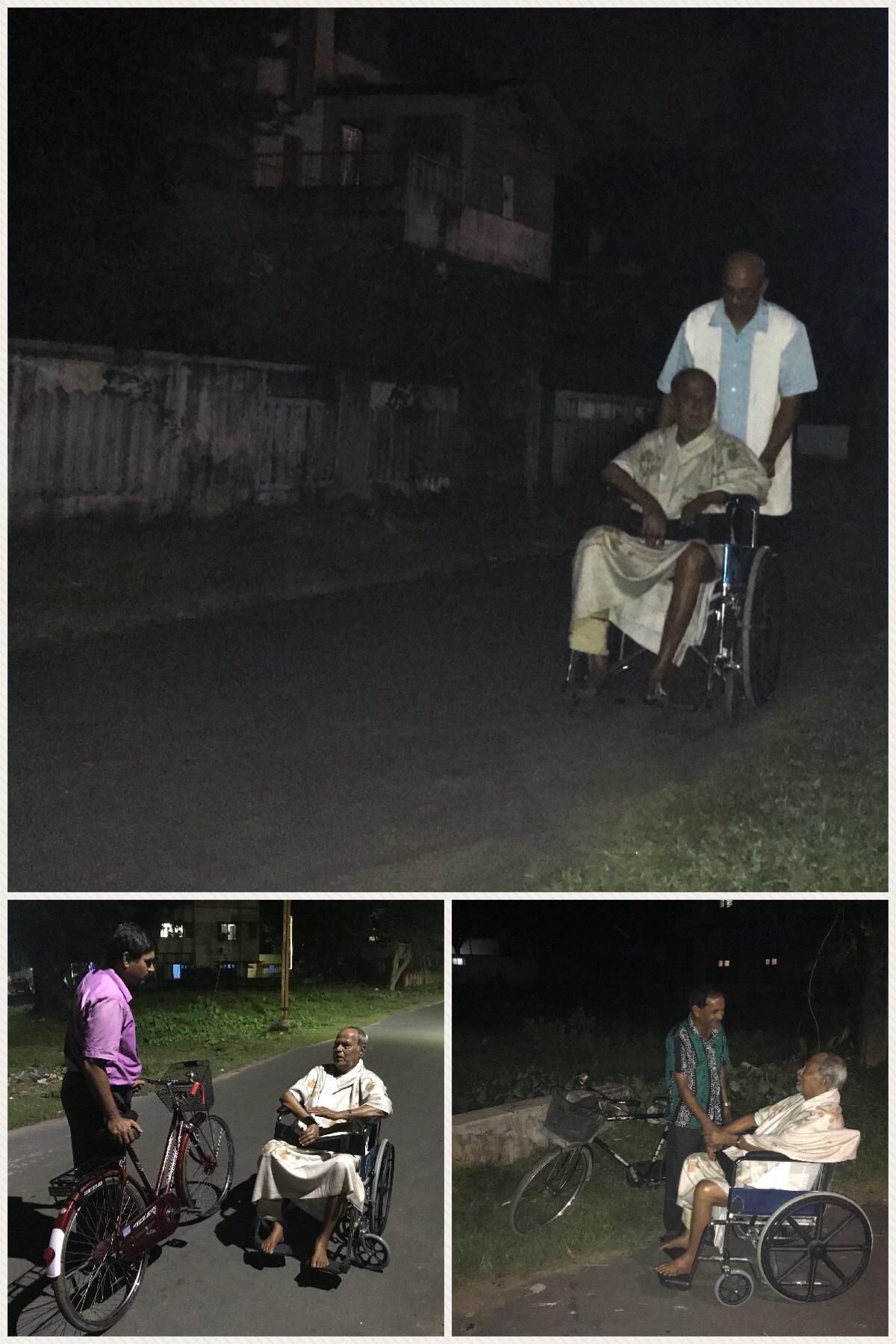