Continuing with meeting up with my old teachers, the next one was a change of pace. I had been looking for Sameer-da who taught me “tabla” during my fifth and sixth grade for a very long time. I got a lucky break last time when I was in India. Do you remember the blind lady (Sundori-di) that I had gone to meet? (http://www.rajibroy.com/?p=10121). You probably also remember that she plays an instrument called the sitar. Thru her association with the School of Music in Durgapur, I was able to trace Sameer-da’s whereabouts.

A month later, I had called up that number in India. The voice on the other end was unmistakably his. Even though I was hearing the voice well over three decades, I was quite sure that it was him. The question was would he remember me?

His immediate response was “Soma-r dada Rajib? America thekey bolchho?”. Meaning “Are you the Rajib who is Soma’s brother? Are you calling from America?”.

My sister and I started learning music together. She continued for a long time. I gave up after two years. At that time, I was not too much into it. Today, that is one of my biggest regrets. I discovered my love for tabla after going to engineering school. I wish I had continued with formal coaching for a few more years. By the way, convincing my father that I wanted to stop learning tabla was very easy. I just manipulated him by saying that it was distracting me from my studies (remember how he wanted me to be an engineer or doctor? :-). My mom, on the other hand had suggested that I cut down on my playing time 🙂

Sameer-da used to teach me tabla as well as accompany my sister’s music teacher. Later in life, he had become close to our family but I had left Durgapur way before that.

Finally we pulled up in front of his house – and that took us some time since he lives in a village outside Durgapur town. Google maps had failed me already and finally, I had to resort to asking people on the streets. Of whom there were not a lot since it was late at night – 9PM and it had just rained. However, when I saw him, I could not believe my eyes. Sameer-da has not changed a bit. Not even one fraction of a bit. You can see him in the picture. He is 61 years old. And he can as easily pass by as a twenty-something!!!

That was one of the best meetings I have had in a long time. I had no idea about his own family history. Got to know how he was one of five kids. How all his brothers would go out and play in the remote village he was brought up in but he was more attracted by the sound of tabla that his dad used to play. Eventually, that love became his passion and then his profession.

And it still is his passion and profession!! We talked for some time about some of the intricacies of tabla – the instrument as well as the playing. Lamentably enough, I learnt that there is not much of interest left in Durgapur to learn tabla. Apparently, studies, western music and parents wanting their kids to get onto stage in rapid time has taken over the psyche. Unfortunately, tabla is one of those instruments that takes a lot of time to get the hang of and a whole lot more practice and perseverance before you can get on to stage.

But for most part, we talked about our families. I got to know about his son and daughter – none of whom I have ever seen and also caught up on mu sister’s music teacher!

He in turn, talked about my parents’ generosity. I did not realize this but apparently my parents had helped him when he was going thru some tough times in his personal life. He even showed me the set of tabla my dad had gifted him much later and he still has preserved it and plays it occasionally.

Although I gave up my formal lessons two years into it, I did impress him by mentioning that I do sit down to play by myself (terribly, I might add) every Friday. He in fact, quizzed me on a few taals and songs. I lucked out and came thru with flying colors. I think he went easy on me!! 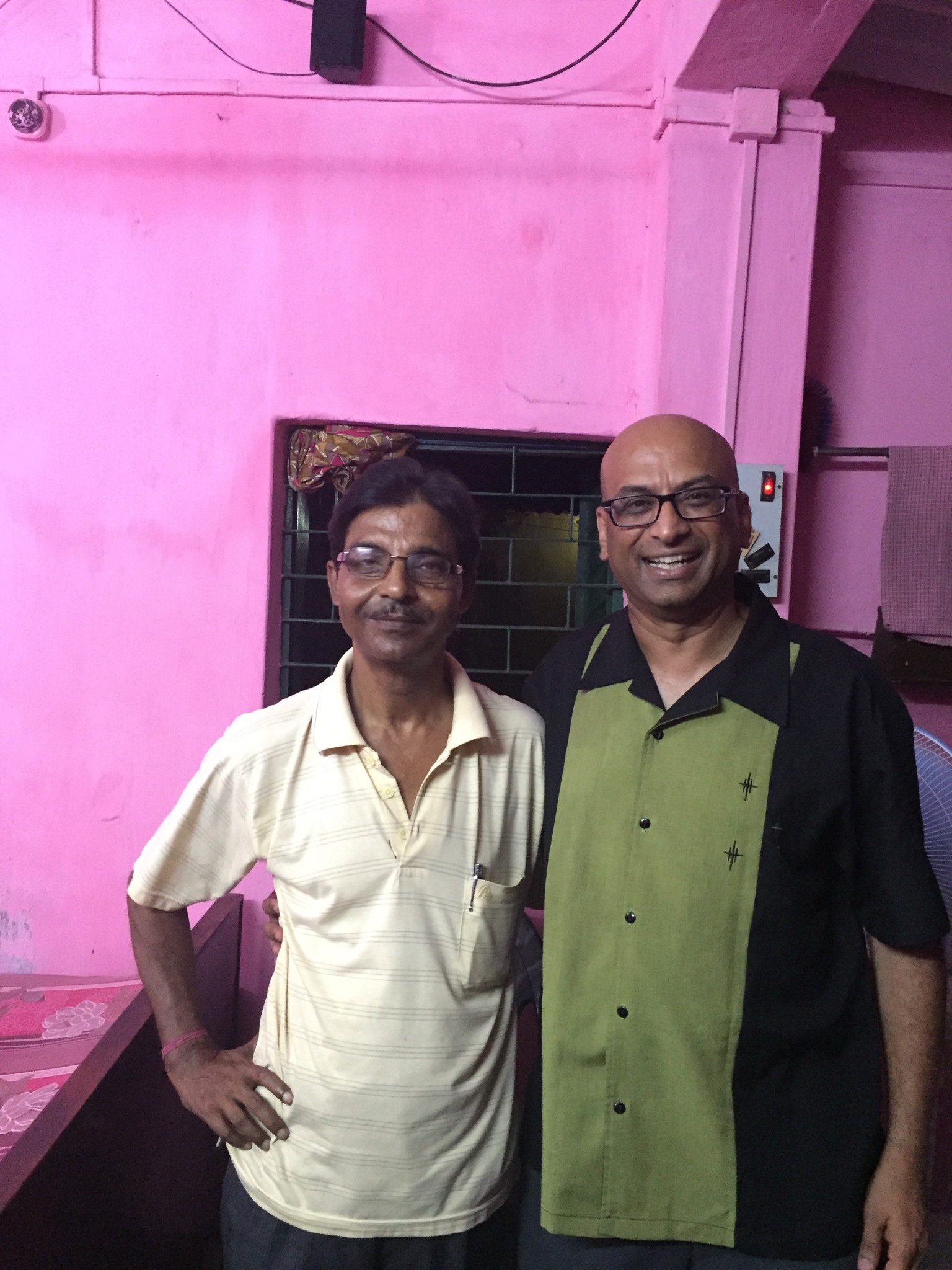