Got a chance to meet up with two of my oldest friends from Dallas area over dinner last night. It is always great to spend some time with Aniruddha and Indrani. Last evening was no different.

I remember – way back in 1995, I would play tennis with Aniruddha. Every single weekday. At 5 pm sharp. In his apartment complex – that was often referred to as CP-6!!! Not that our tennis skills was something we wrote home about; nevertheless, we would show up at 5 pm without fail. After a good game or two, we would sit around the staircase of the apartment building chatting ourselves to glory 🙂

Later, Indrani and Sharmila went to school together and we made some great common friends. This was when we were young couples without kids. A great weekend day meant we got up late, called each other up and showed up at an Indian restaurant a few minutes before they closed the buffet down and ate enough to justify a whole month’s worth of tennis games. 🙂

Unbelievably enough, I was a teetotaler then!! Speaking of which, we missed Sharmila last evening so much that we did the next best thing… the three of us had her favorite Pinot Noir 🙂 I am sure that is exactly what she would have us do 🙂 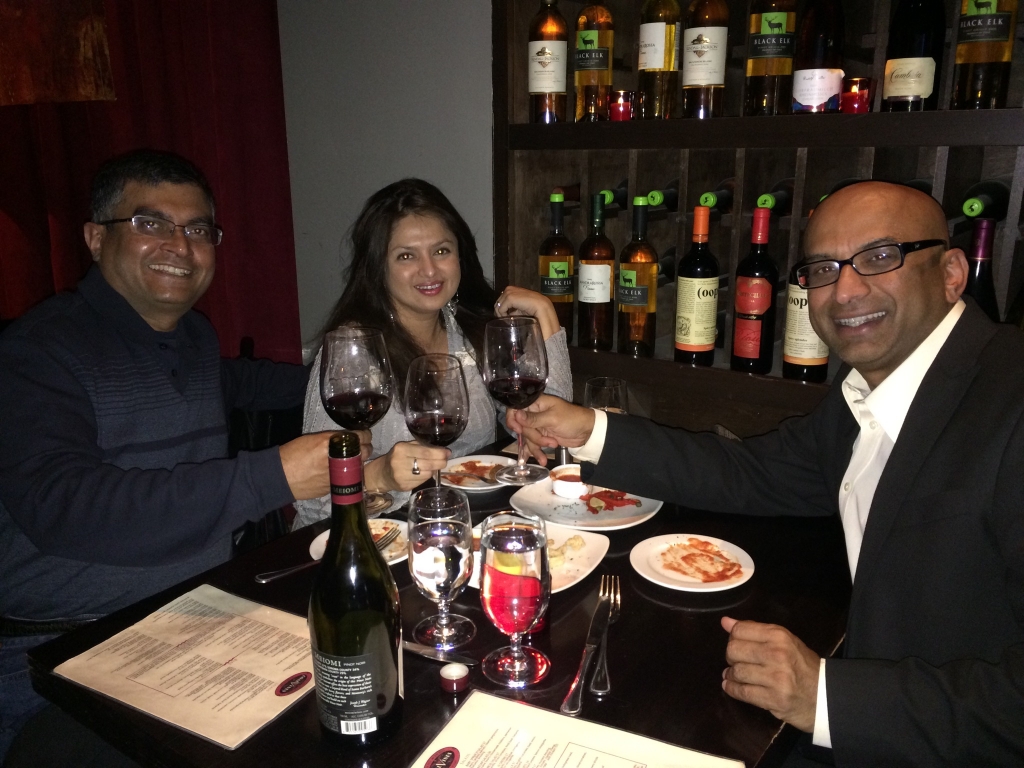