It was barely 6:30 in the morning. Started my boardwalk stroll with a cup of hot coffee in my hand. The boardwalk was yet to be filled with those teeming pedestrians. Regardless, there were quite a few old couples walking around lazily. And a few runners putting in their run before the sun rose. It was cool and almost eerily calm compared to the hustle and bustle of daytime activities.

I was hoping to catch the sunrise.

Aimlessly strolling along, I was watching the various sights of the morning. The strong winds making all the palm trees bend away from the sea. The really old couple taking small steps at a time. Some early risers sitting on the benches and staring at the limitless ocean. Some coffee shops starting to set up their wares.

Once in a while I would glance into the eastern horizon to make sure the moment did not pass by. And then I would keep walking … taking in all that was happening around me.

And then almost intuitively, I knew the moment had come. Actually, it was less of intuition. More of suddenly things changing around me. Suddenly, you could see everybody dropping their conversations and starting to fish for their iPhones. Everybody’s gaze was in the same easterly direction. Some shuffled from one side of the boardwalk to the other – as if getting a few feet closer to something that is nearly a hundred million miles away was going to make it any better. Instinctively, I looked the same way.

And I could see a bright orange corner of the sun peeping from behind the bluish black waters. Other than the constant clicking of iPhones and light whispering of “it looks beautiful”, nobody was making any noise.

Everybody gazed with their eyes glued to that red fiery ball as it pulled itself out of the watery horizon very quickly. The moment had come. The whole world around me stood still. It was like all beings around me was living in a collective NOW.

Presently, the whole circle came out. The sun was indeed out in its full glory. Somebody must have snapped an inaudible snap somewhere. For, as if on a cue, everybody dispersed at that moment and started merrily on their own way. A voice in me suddenly remembered “you did not take a picture”. Not to be left behind, I hurriedly took out my iPhone too and took a few hasty shots.

And then I started aimlessly walking again. People had commenced on their own ways. Some lingered around, occasionally taking in a few more looks at the sun. Some were reviewing their sunrise pictures on their phones…

As I walked towards nowhere in particular, I was consumed my the enormity of the moment. Sunrise. Here is a moment that happens everyday. Reassuring that regardless of how dark and stormy last night was, a new today is here. Signaling a new start to every hope and aspiration of every human being. Signifying certain constancies you can count in life. And like best moments, it comes free. Only if you care to wake up and be willing to witness the birth of a new New. 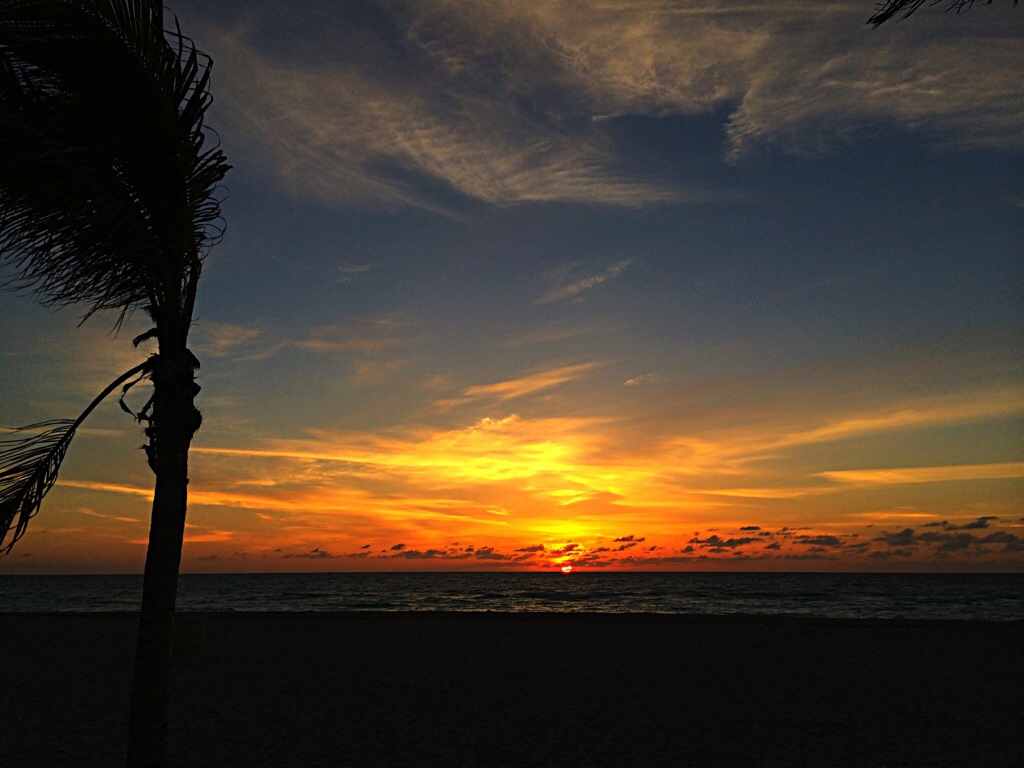