Guess who gave me a ride to the airport today?

I had posted about the FAA computer glitch this morning and that I could see from my hotel window how the runways in SFO were totally empty. Somebody else also was looking at the empty runways from his hotel room a couple of miles away from me. That was Ranga my friend from college days – in fact, we were in the same hostel (dorm) during my engineering days and I had become fairly close to him and his parents and siblings who lived in Kolkata for some time.

“Rongoraajon”, as he would be called in Kolkata!!

He saw my FB post and we quickly realized that we were very close to each other. I was heading out for the airport in a few minutes. He had meetings during the day and was going to go back home (San Diego) in the evening.

It was a shame that we stayed this close to each other for a couple of days and did not get to see each other.

From inside my hotel shuttle to the airport, we started texting and he offered to drop me at the airport on his way to the meetings. So, I got down from the shuttle, pulled out my suitcase and waited for him.

He showed up in 10 minutes.

That 8 minute ride to the airport was a big upgrade to my original plans. 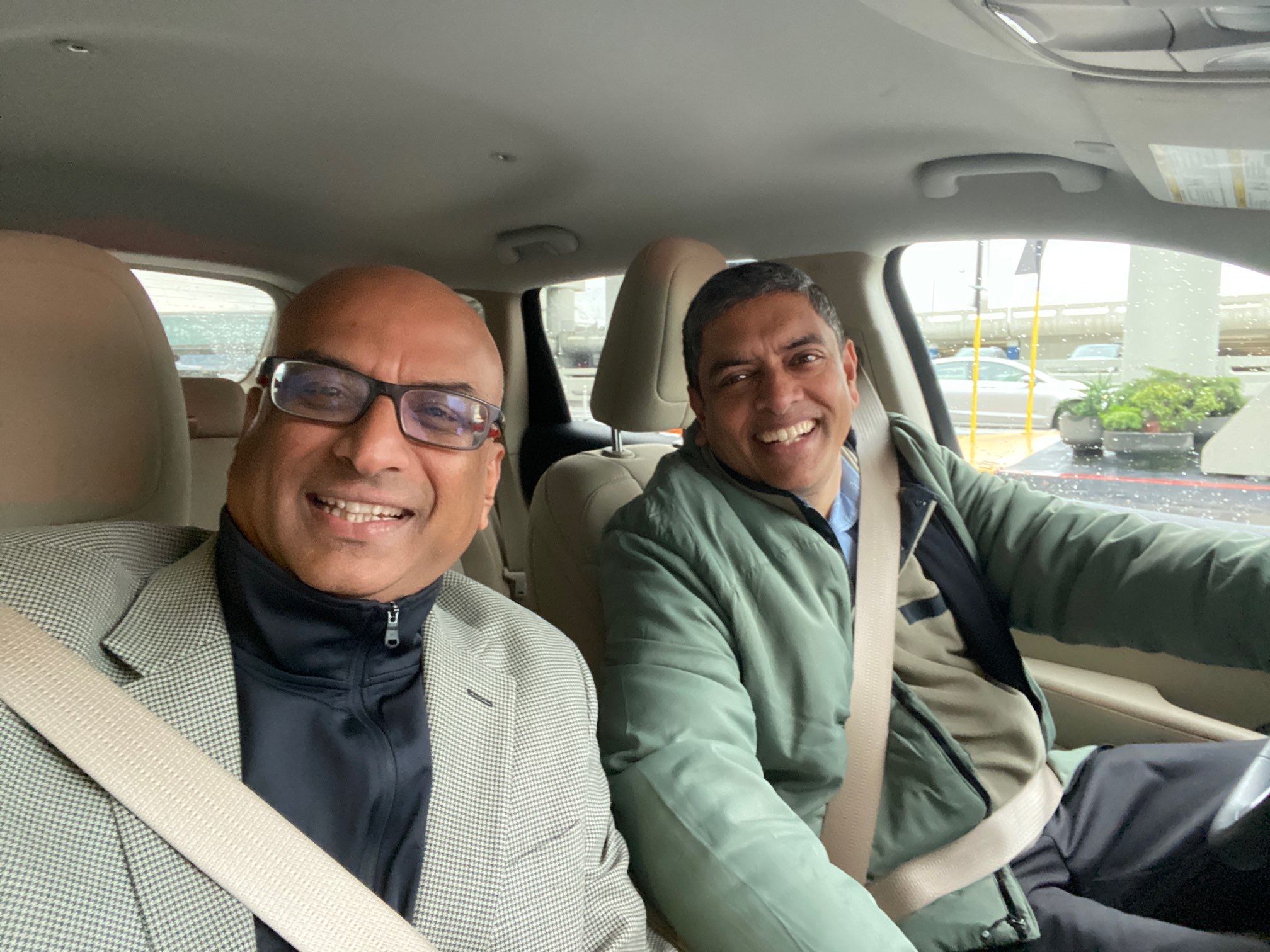