This was better than coffee to wake everybody up!!

Baltimore airport was a mess this morning. Extremely crowded security lines and too many people trying to get out of Baltimore for the weekend I guess. Eventually I found myself at the boarding gate surrounded by a lot of sleepy passengers. Delta was oversold by 5 seats and were desperately looking for volunteers for a later flight. There were also a bunch of armed forces folks sitting at the gate. Looked like young folks from the Navy (assume from nearby Annapolis).

In any case, we finally started boarding. I had checked in my bag – which always surprises the Delta lady since I carry only one night’s clothes and it is a very small and a very light bag – but that way I can be the last passenger to get on since I do not have to look for overhead space.

I was watching from a distance as the pre-boarding started. Then they called for first class folks to start boarding. As always, there were a couple of first class passengers who were in desperate hurry to board. But something different happened today. One of those early passengers said something to the nearby folks in the line and then talked to the boarding agent who was checking the passengers in.

Ten seconds later, the agent came on the PA and made the following announcement – “Ladies and gentlemen, the passengers of Delta Flight 1222 this morning would request our armed forces personnel to board first. Could all of our servicemen and servicewomen step up to the gate please? And thank you for your services”.

In a second the place was electrified. The service folks were not ready for this – so they had to scramble to get their stuff together. Everybody stood back to give them way to the front of the gate. And as these young talent from the services filed in one by one, to a person, everyone gave them a big hand. There was not a single person who was not moved by the gesture. There was an instantaneous feeling of being part of something by everybody.

Nobody needed coffee any more. We had enough adrenalin pumping in our system. 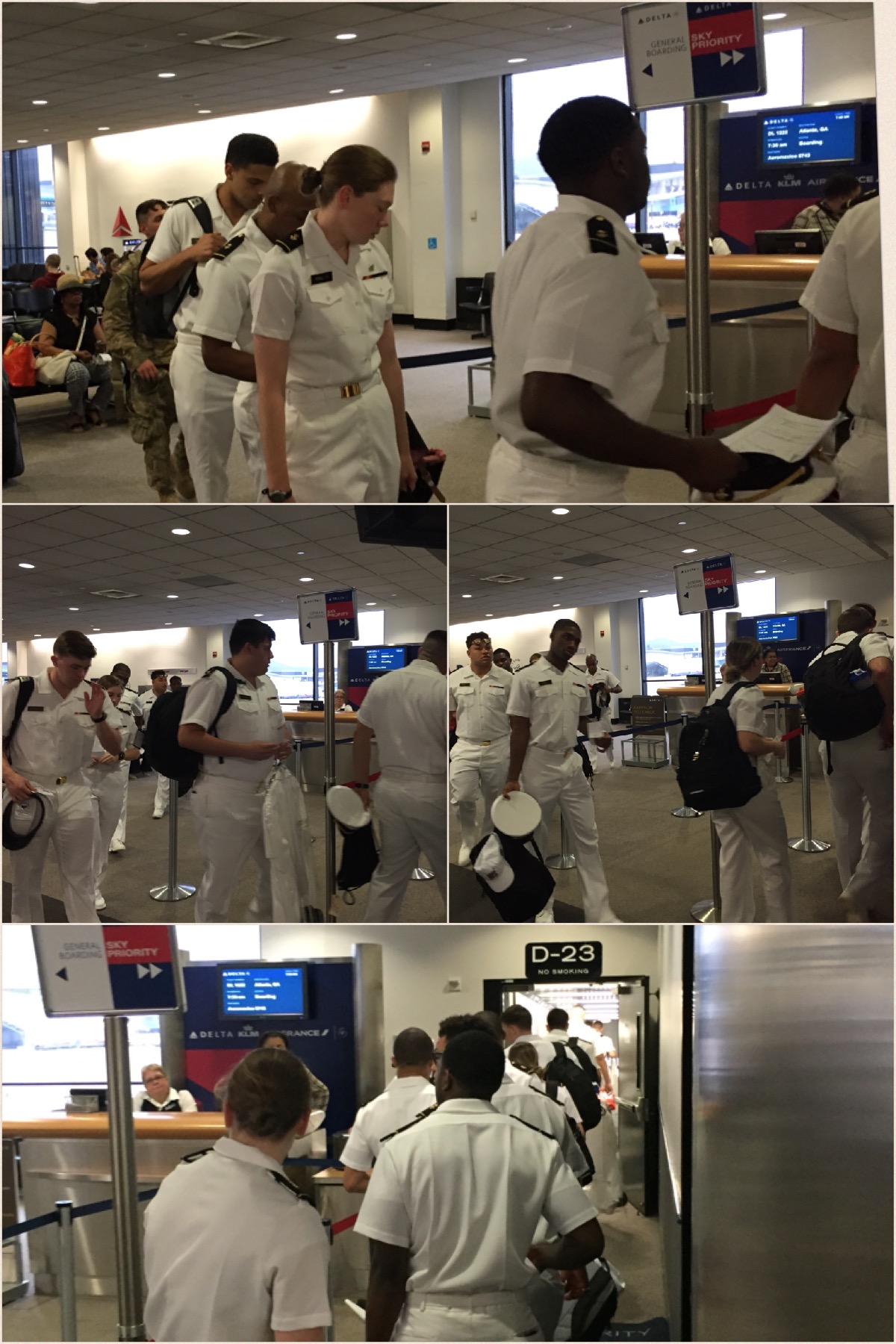