That was no ordinary run in the park…

First, this completed my run in the 20th country (Singapore)!!

Second, I got to run with a long lost friend of mine. Prasenjit and I went to our MBA school together. We last saw each other in 1991. We knew each other then but were not very close. But we became close later thru social media as we kept egging each other on for our runs and races.

Both of us started running very late in our life (mine was when I was a year shy of turning 40) and I am sure we both needed the encouragement from each other. Over the years, he has grown his stamina much more than me and does many more long runs. I need to get to his stamina some day.

As an added bonus, met his wife Sonia after the run over a delicious breakfast too!! 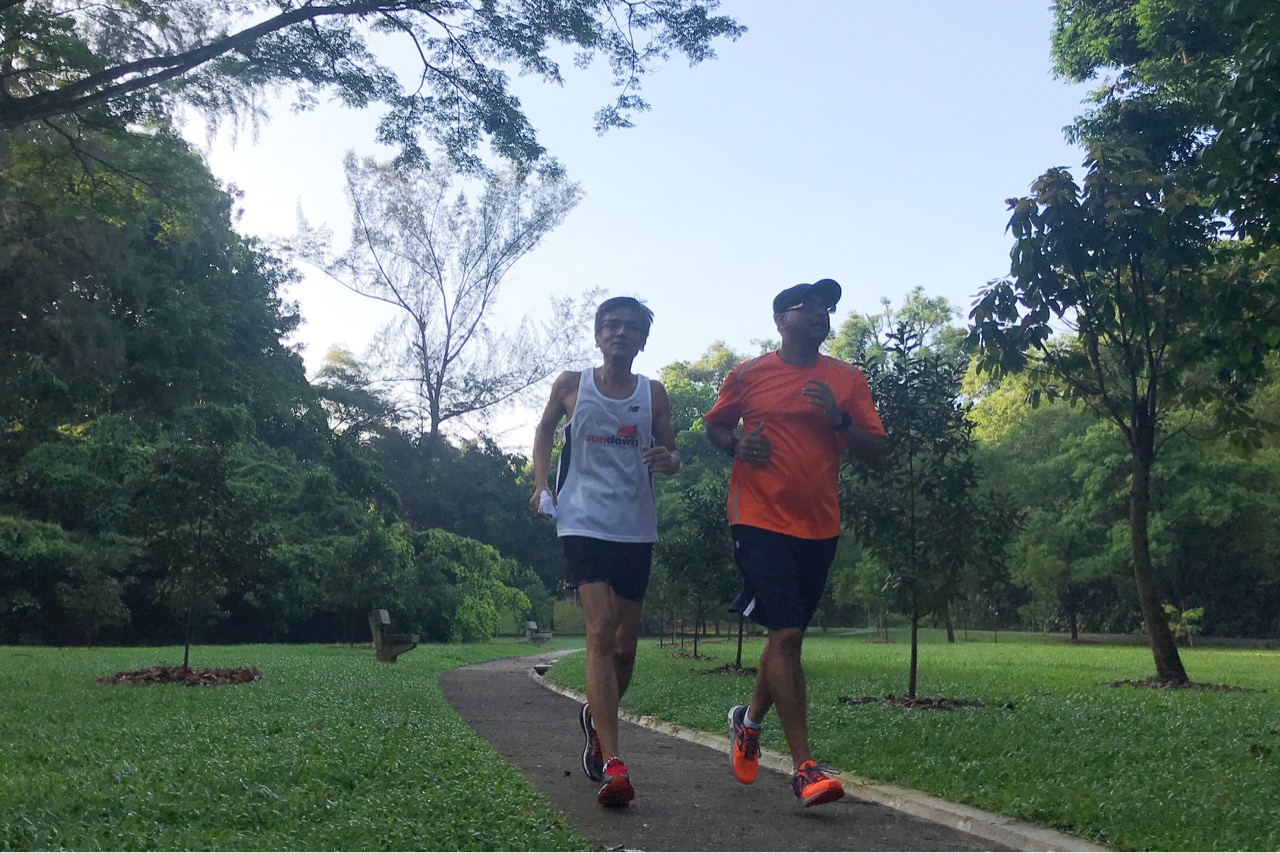