A classic one … from the outrageously hilarious PG Wodehouse.

Do you know,’ said a thoughtful Bean, ‘I’ll bet that if all the girls Freddie Widgeon has loved were placed end to end—not that I suppose one could do it—they would reach half-way down Piccadilly.’
‘Further than that,’ said the Egg. ‘Some of them were pretty tall.’

Category: Humor | 2 Comments on A classic one … from the outrageously hilarious PG Wodehouse.

Waking up to a very quiet morning

Usually when I wake up in the morning this late – and I was late after we came home at 1:30 am with all those delayed flights from New York – there is a cacophony of alarms going on from the north end of our house. Invariably it is all those alarms that were set up to wake her up in the morning starting somewhere around 7 am going all the way to 10 am. Or something like that. Multiple alarms set about seven minutes apart and all she would do is hit the Snooze option. And each alarm was set to different alarm noise. Cacophony is just about the right way I can describe it.

As I said, I woke up today to a eerily quiet house. Instinctively, I went to her room to do my usual thing. Take her phone from the charger and switch off all the alarms. And let her sleep in peace.

Except, there was no alarms ringing today. Because there was no phone there today. And there was nobody bundled under the blankets today – irritably telling me “Go away, daddy” and turn over to the other side to go back to sleep, either!! 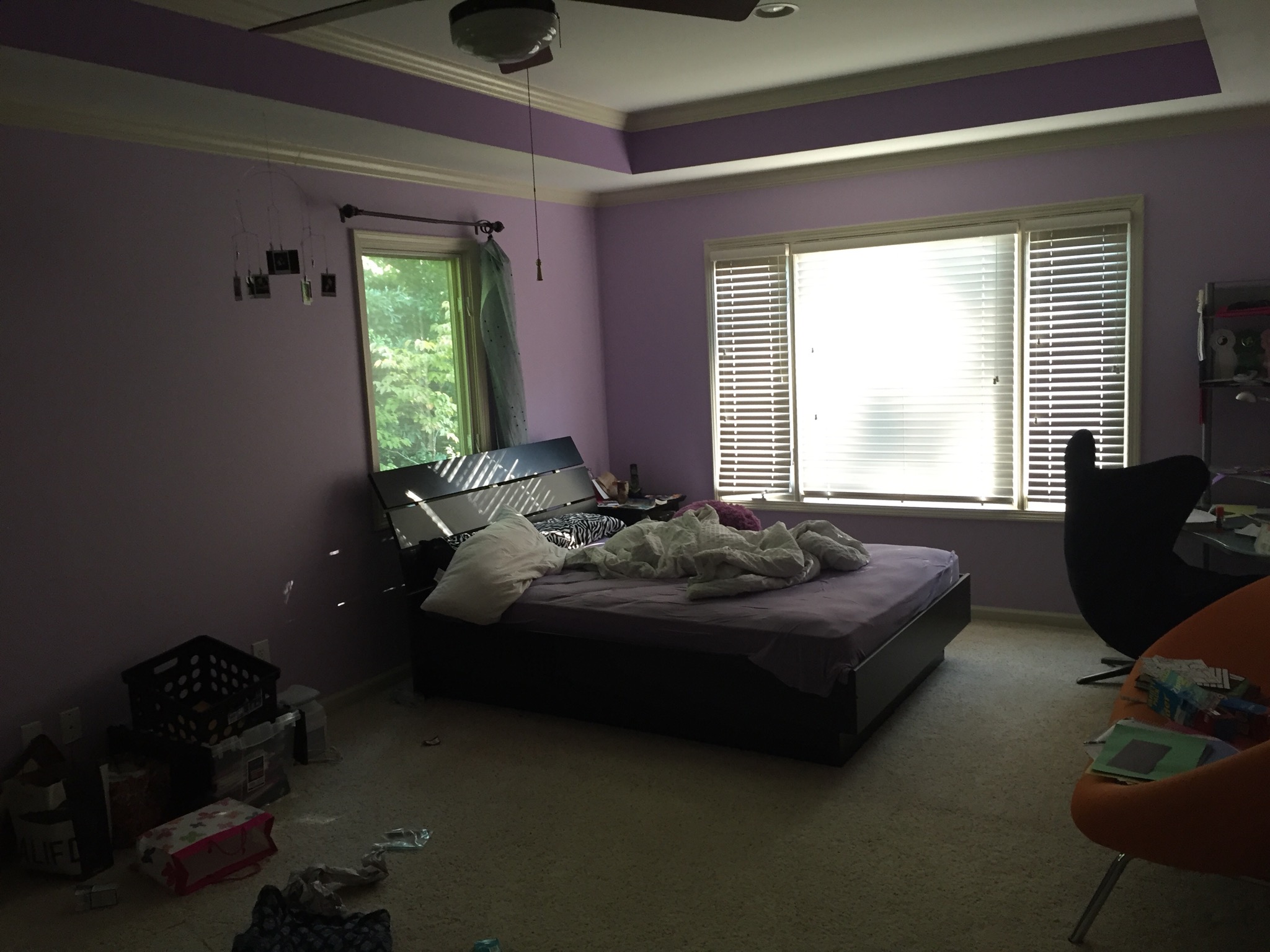 Category: My Family | 15 Comments on Waking up to a very quiet morning

One of the great ways I enjoy life is by being a few degrees off. Do something other than what others are doing. Which has inspired Sharmila to call me “Quirky”. But being quirky has been absolutely enjoyable. And educational too!!

I am not a city guy. I cannot visualize myself living in a city where I cannot get out in the morning and be greeted with space and trees and blue skies and all that. But still, a city like New York can mesmerize me – at least for a few days. In the middle of all that hectic shopping and ferrying stuff to Natasha’s room and getting settled down, we took a walk thru the Washington Square Park.

True to the spirit of New York, there was some spectacle going on and a lot of people had gathered around watching something. Soon, we became the audience too. Note how everybody is looking to my left (me being the photographer). What you do not see is guys taking turns to do some awesome gymnastics moves to some heavy percussion beats. The guys – which included a kid – were doing some unbelievable mixes of dance moves and pure circus like acrobatics.

I, however, had to focus on a few degrees away from everybody. Quickly, I was taken in by the guy providing most of the beats. There was a traditional drummer – as you can see – but he was very subdued… mostly focusing on the cymbals. The guy providing all the rhythm for the show was doing so with literally a bunch of plastic buckets and a couple of sticks. As you can see he had a few piles of buckets in front of him. Most were upside down – except one. And they varied in number (of buckets). And he himself was sitting on such a upside-down pile of bucket.

If anybody believes that playing good music requires costly instruments, they should have been there for a singularly educative experience. A few buckets and a stick. There was no songs or music accompanying!! The guy was totally engrossed in his beats. Funny part – nobody was watching him. But he did not care a dang thing in the world. He was determined to enjoy the sun and his drumbeats.

I really wanted to wait till the end and talk to him and get to know him. But the show kept going on and it was time for us to get the next few things done for Natasha. 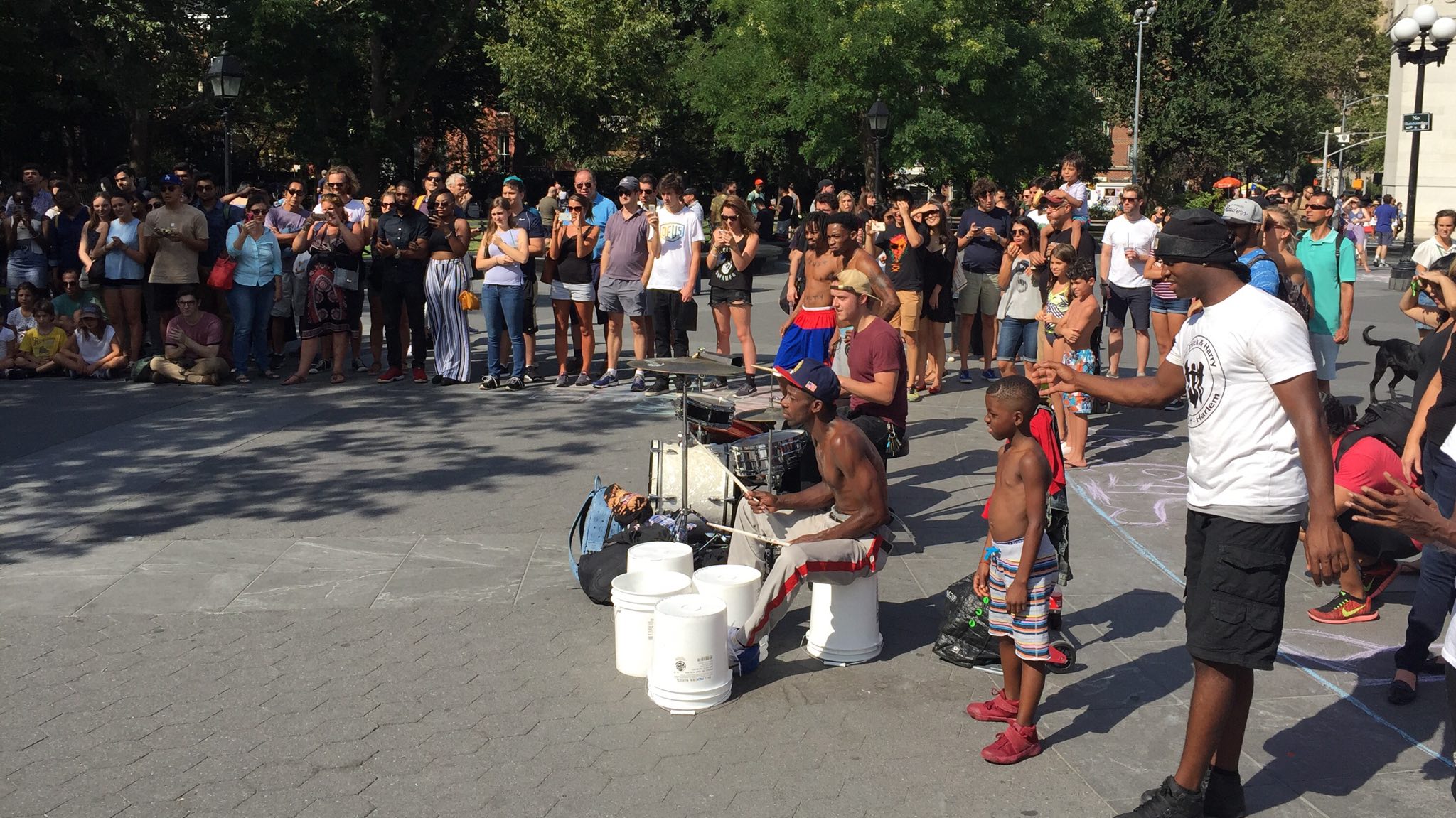 No stay in the financial district of New York is ever complete without the street food! Which was even better because I got to see one of my all time favorite kids – Atish. We spent some quality time discussing major professional team names… 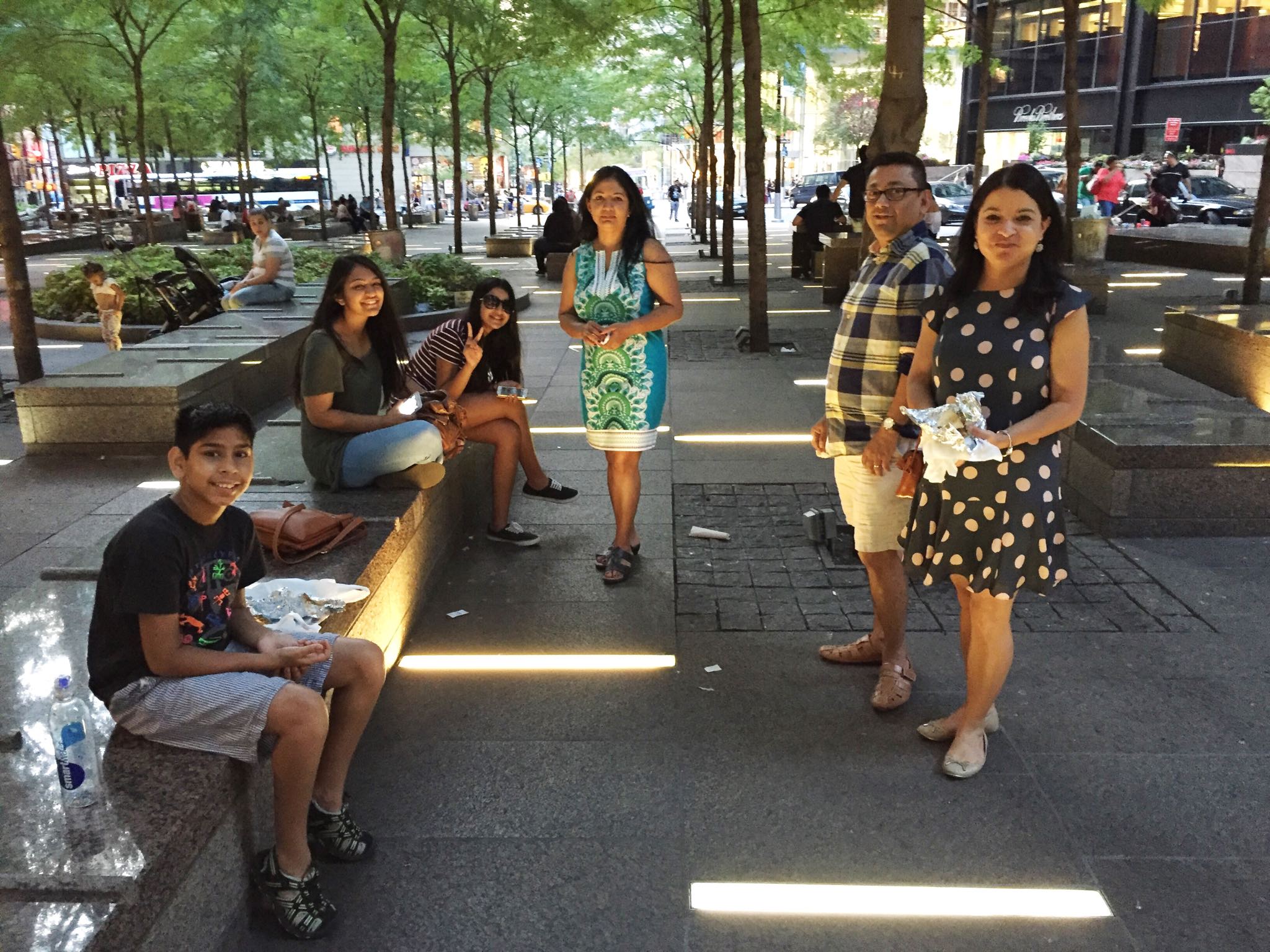 You can run… But you cannot hide…

All these teenage years of constant bickering and Natasha could not be happier to be finally with a room mate and not have to deal with her sister Niki.

Ah! Well, want to take a guess what her friend’s name is? Ha ha!! 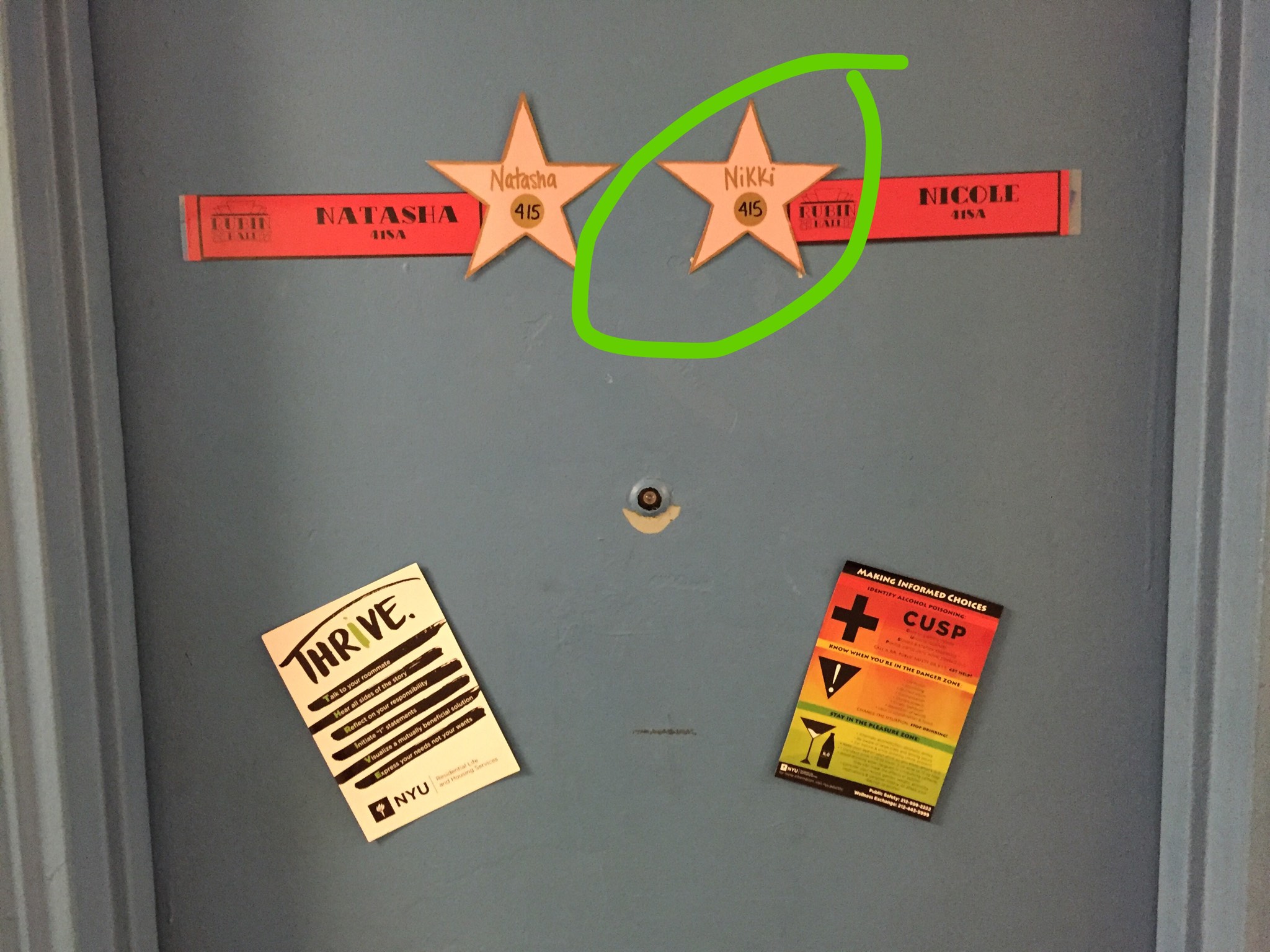 Celebrating a life event. Natasha officially has settled down on her own… Just to remind ourselves that life will continue with its usual flair, Delta has promptly delayed our return flight! Ah! At least there is a good drink or two at the Skyclub… 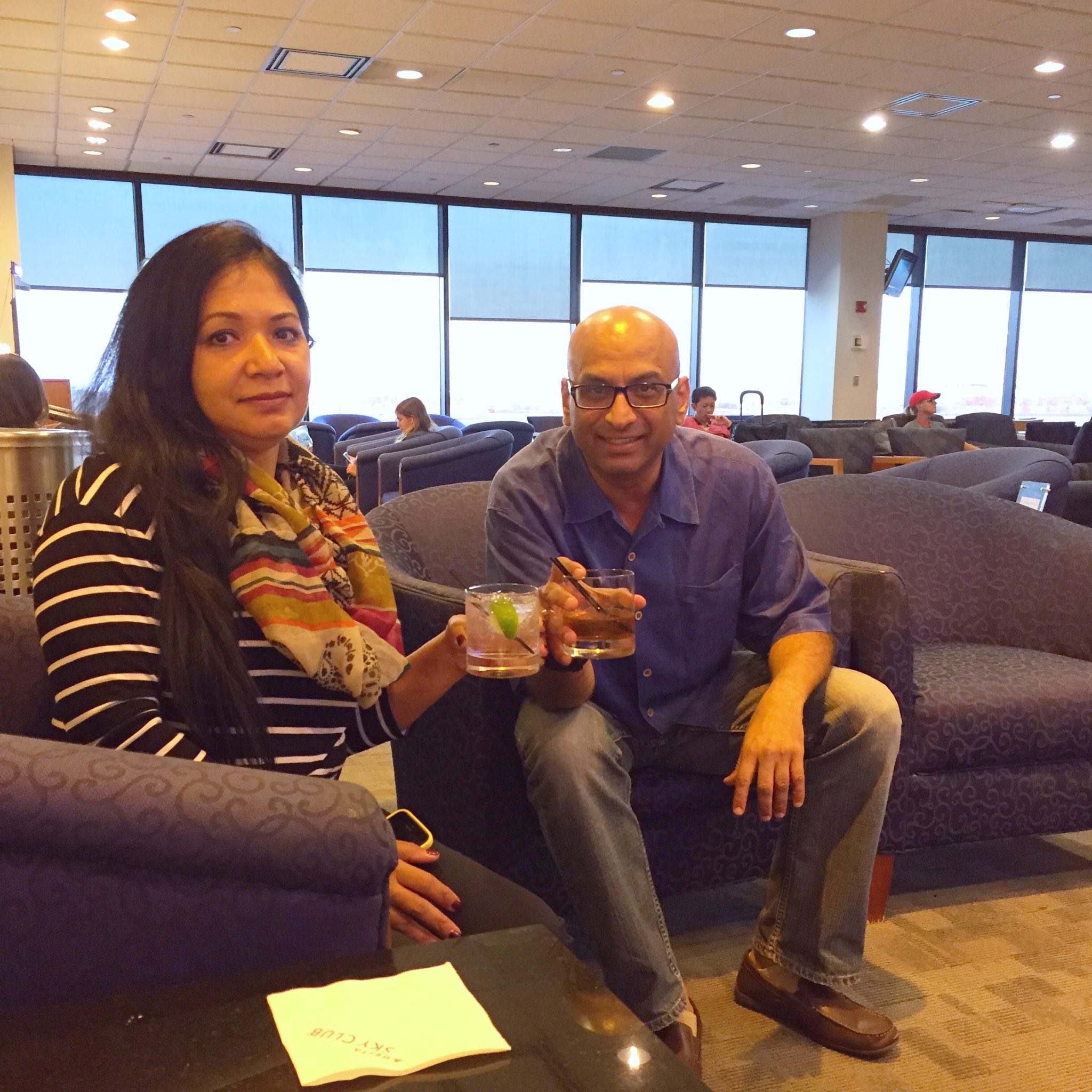 Finally the queen has settled in!!! 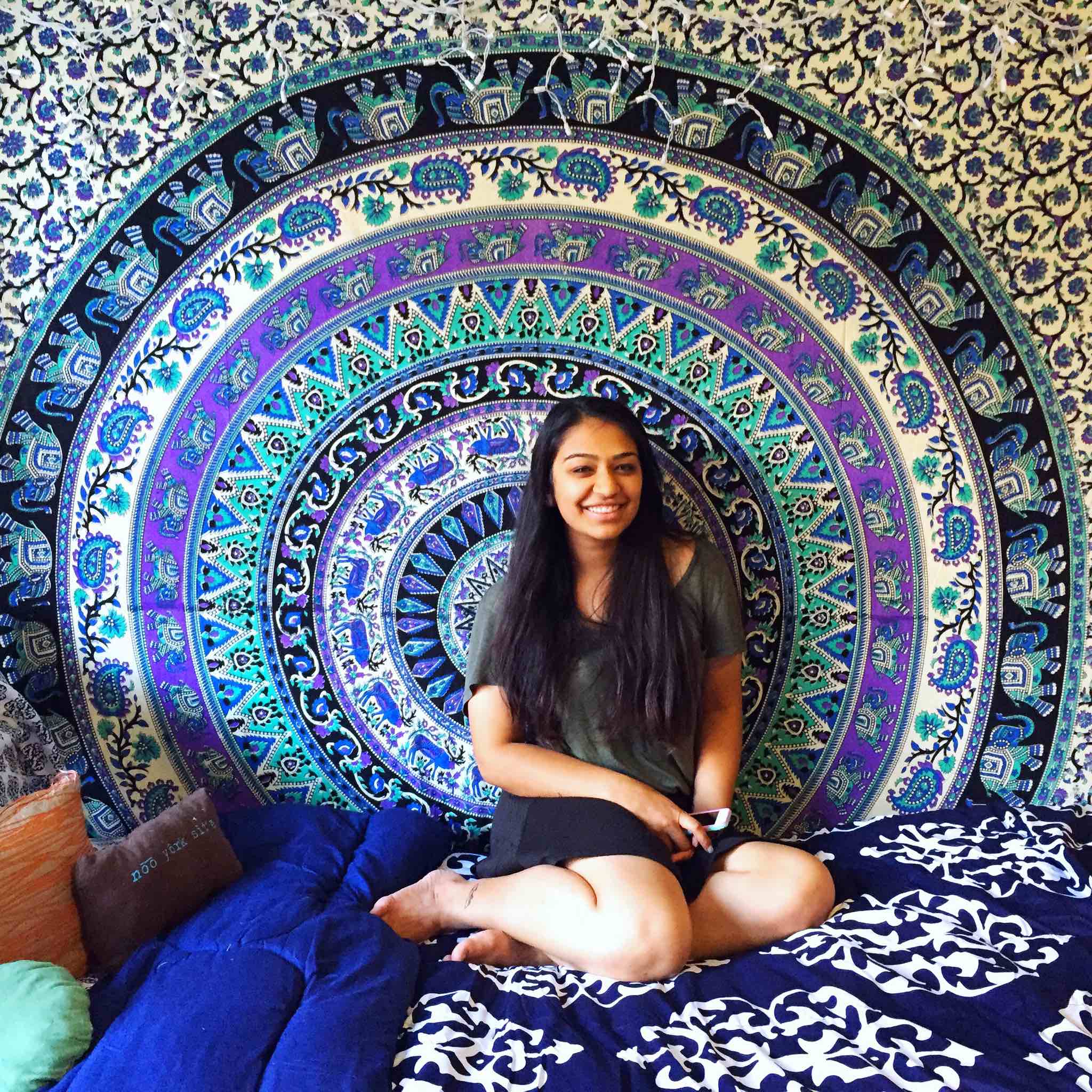 Category: Vacations | 8 Comments on Finally the queen has settled in!!!

Friends and family at the newly opened Oculus in Manhattan 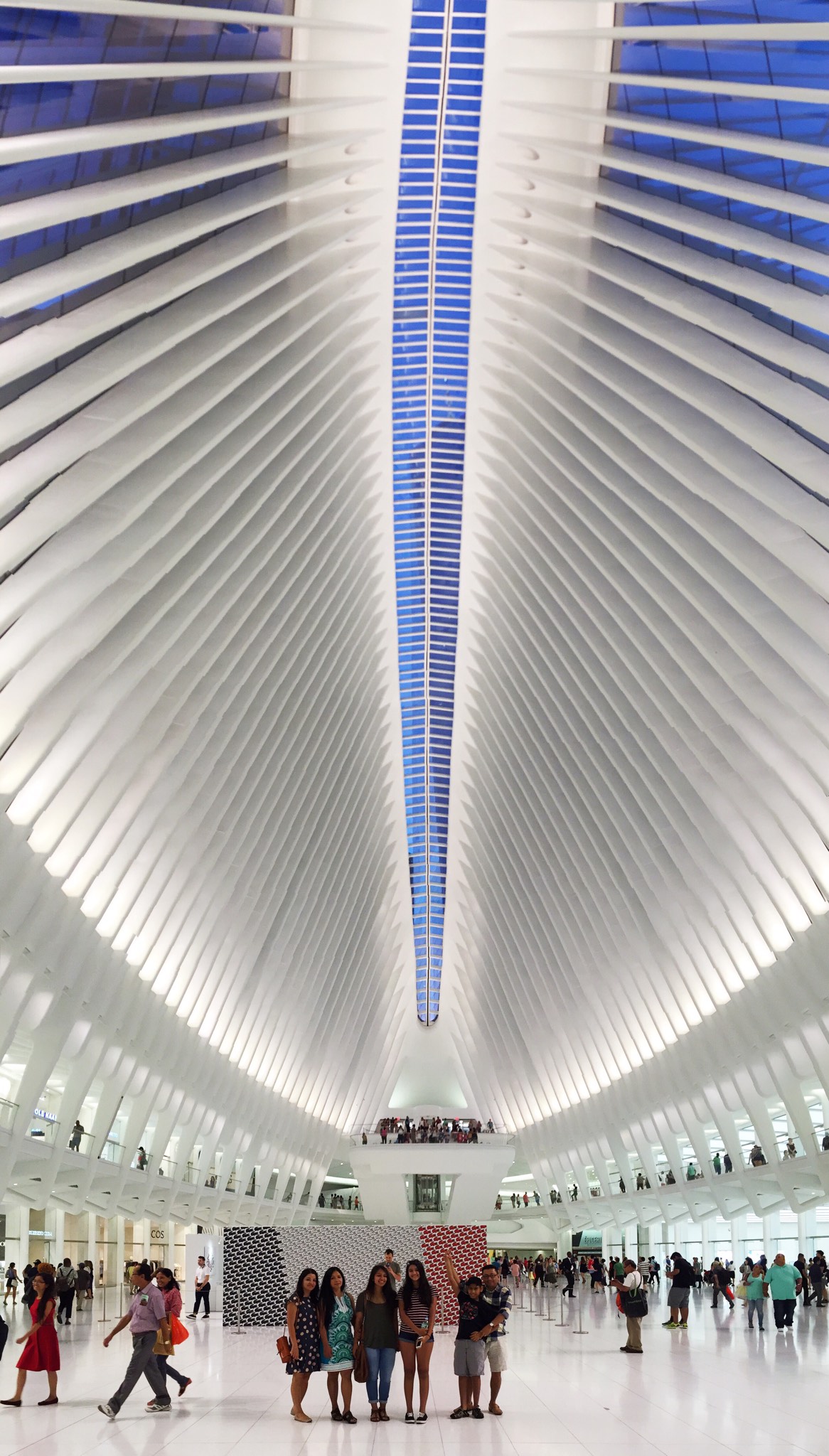 These were at Dina Rata.

Respectively, a Bitter Ex and a Naomi… 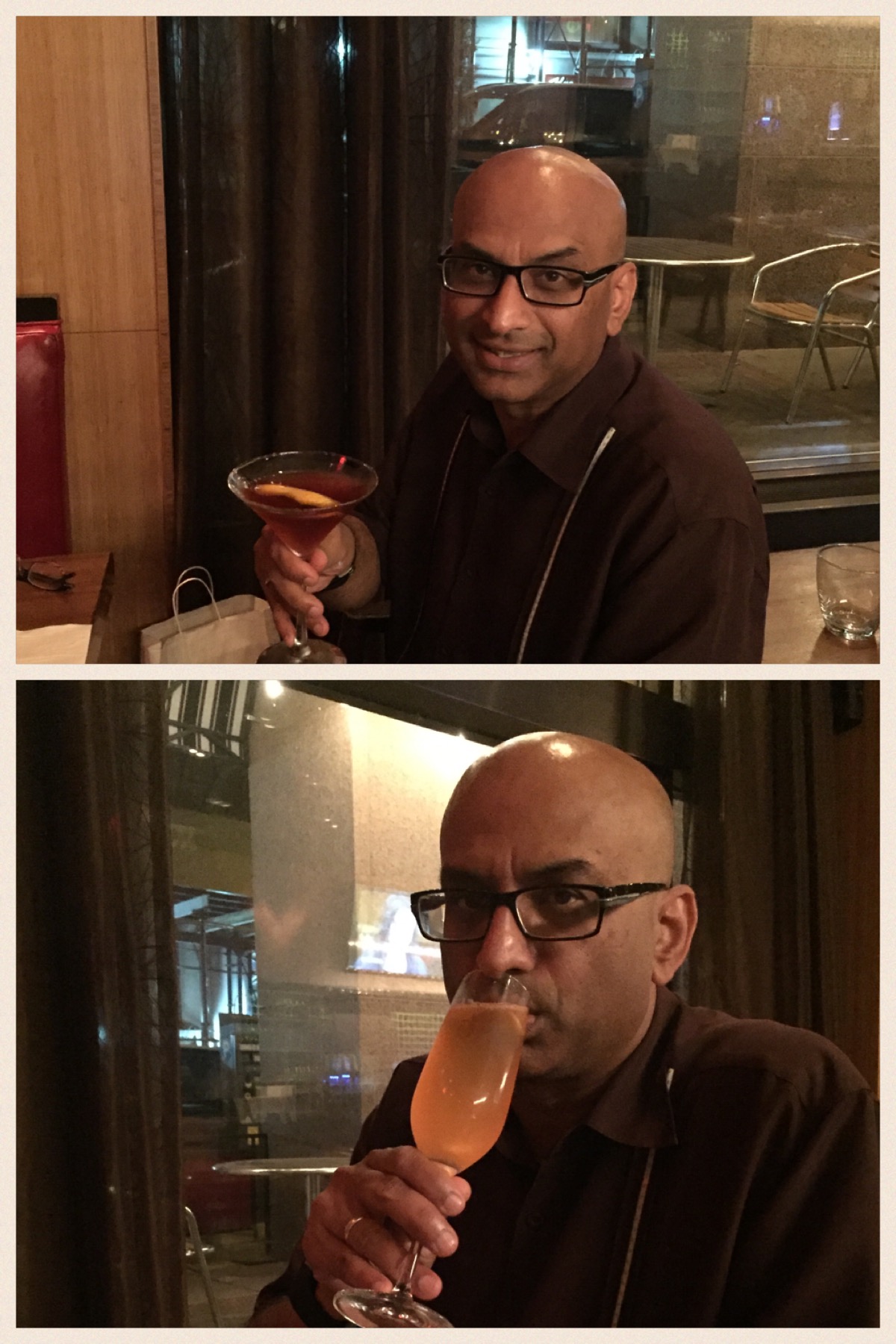 Being in New York, I had to try as many different cocktails as I could in some of the coolest bars and best mixologists…

In between settling Natasha down, I downed a cucumber gimlet and a blood orange mimosa. Liked the gimlet better with Nolet gin than my usual Hendricks – which is surprising since the botanicals in Hendricks are far more cucumber-y !! 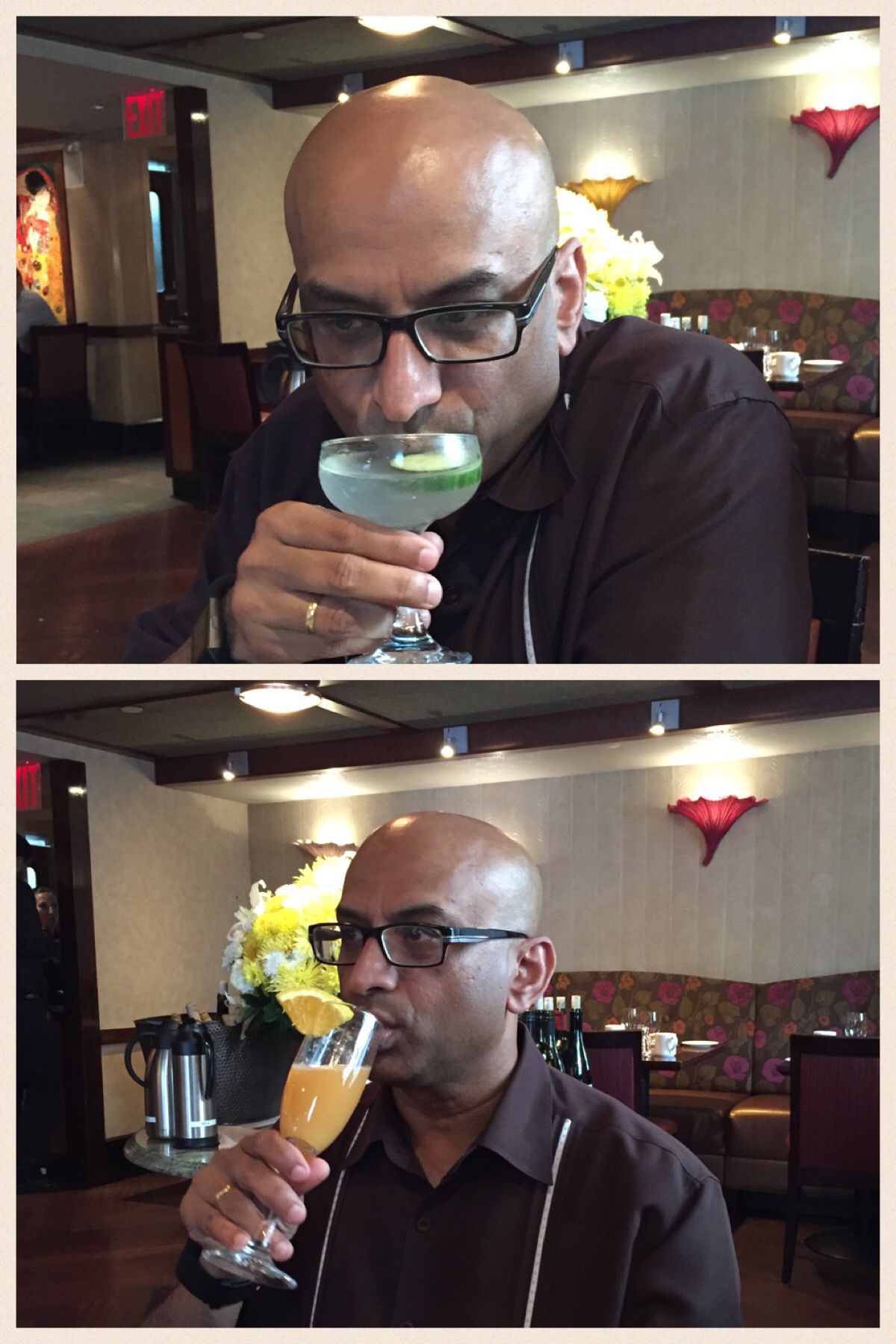