That was an interesting sight!!

I was standing near one of those markets in Kalyani when I spotted a van coming with a big cloud of smoke emanating behind it. Quickly, I fished out my iPhone to capture the picture of utter pollution soon to pass me. My first surprise was that the various shopkeepers – some literaly sitting on the ground by the road was yelling at the guy driving the van. I figured they were yelling at him for the coughing he was going to induce soon.

The real surprise was when he passed me. Forget pollution. He was actually fumigating!! Why he was fumigating the roads from a van instead of going to either side of the roads where there were water puddles of various shapes and sizes, I don’t know. And those shopkeepers? They were actually hollering at him to drive by closer to where they were sitting!!! 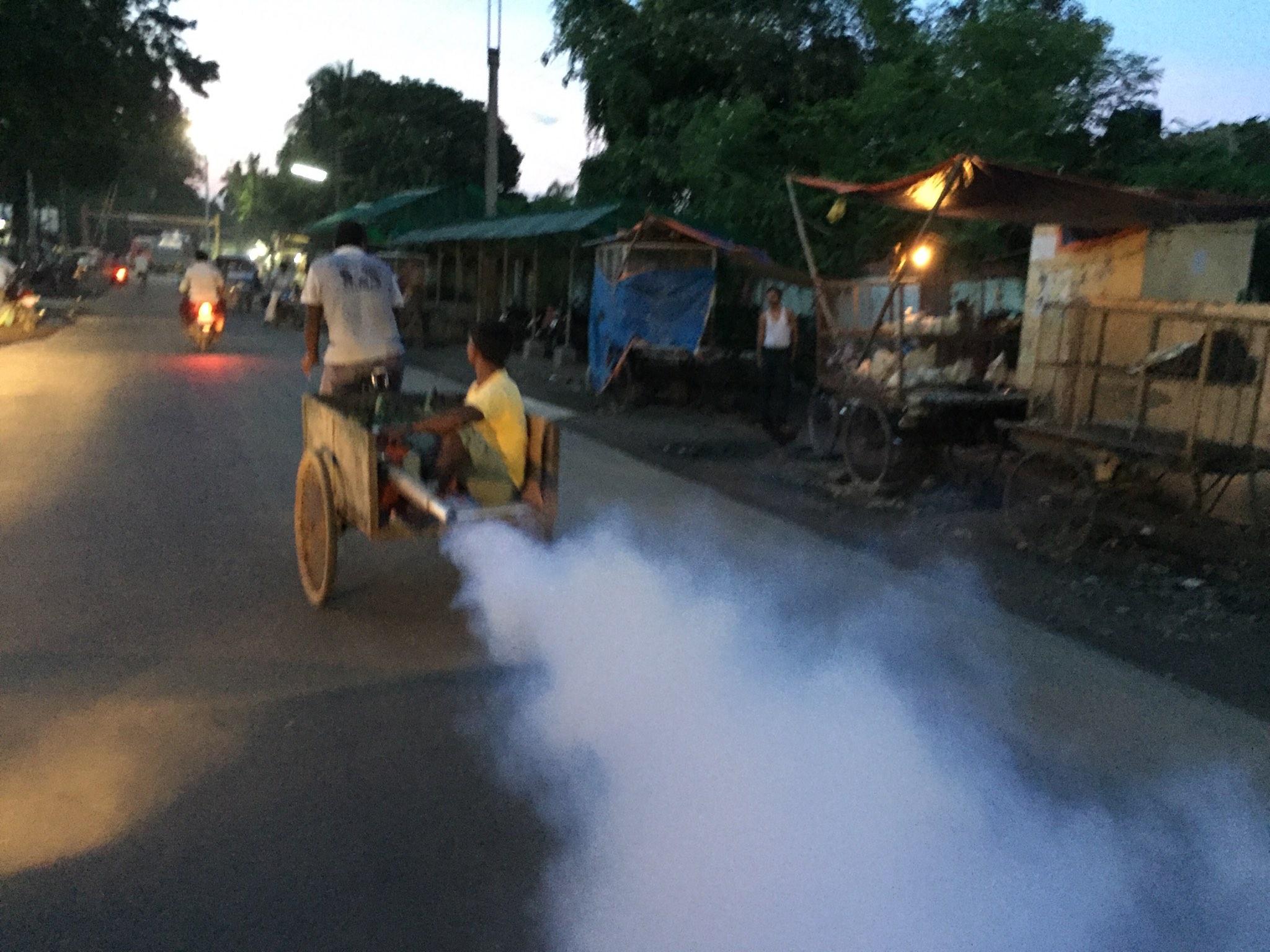