Since when has Google Maps been cussing?

I had to get up very early morning and hit the road to get to an early morning flight. I guess I was a little sleepy or the onramps to I-94 from downtown Milwaukee were too confusing – I landed up taking a couple of wrong turns.

You could almost detect a faint sense of frustration come thru Google Maps as the voice sternly asked me to take a “slight left turn”. Except that there were two left turns there and the last time I took the “slight” one, I landed up on the wrong road and had to come back up again. Which apparently led Google Maps to get slighted.

So, I glanced down to see if I could get some visual clues from the phone. And that is when I caught Siri cussing “f” words at me 🙂

Jokes aside, what was that all about? 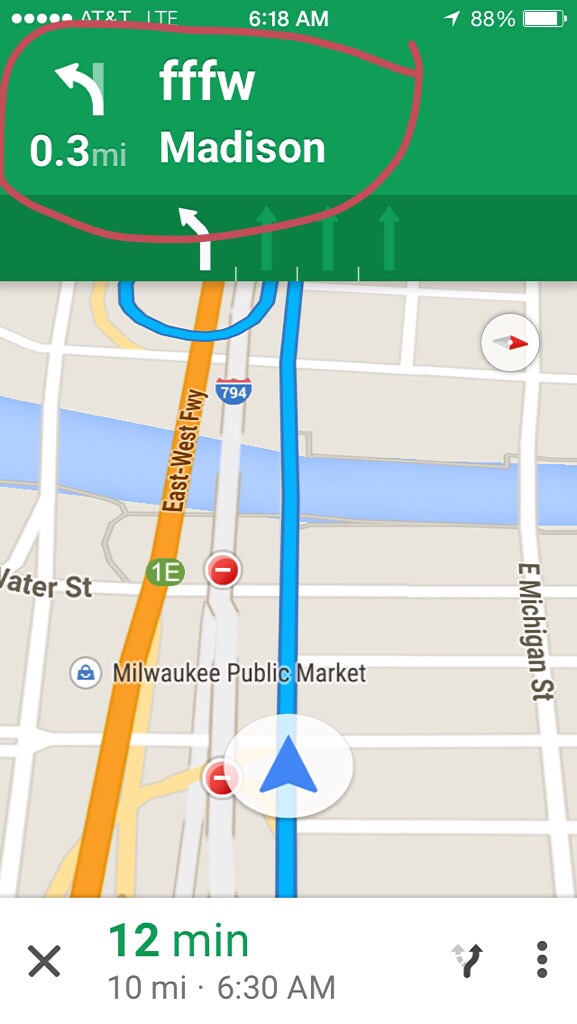